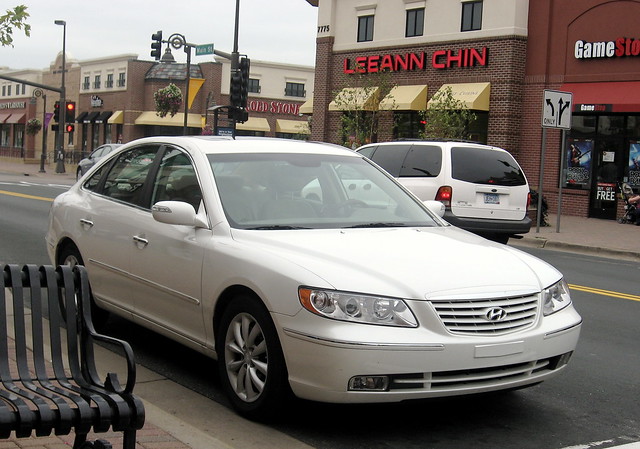 A Victory & Reseda Throwback Review of the 2008 Hyundai Azera

Most of the time, assumptions fall on the side of being incorrect. In an article a couple of months ago, I assumed that a particular vehicle would drive a certain way. I also assumed that this certain vehicle is mainly geared towards a particular demographic and equated with that demographic’s primary vehicle of choice.

I was wrong on both counts.

This was prefaced two-fold. My assumptions were based on recent drives of the Sonata Limited V6. The Genesis sedan was a treat to drive with its solid manners and confident air. The Sonata, on the other hand, was a bit of a disappointment being a bit too soft for a car I happen to like a lot. With that said, I had a hunch that Hyundai's entry-premium sedan entry, the Azera, would be somewhere in the middle between these two lineup mates.

Recently, a friend from Toronto had an Azera on a business trip in the States. He is truly an automotive person and knows his stuff even more than I. He came away impressed with the Azera.

First off, the Azera is a solid performer, which took me by surprise. I thought this would ride as soft as a Buick, but the Lucerne no longer drives like the LeSabre before it. In fact, it is doubtful that the Lucerne’s and Azera’s competition, namely the Toyota Avalon and the Nissan Maxima, would drive like a LeSabre. Well, not anymore.

The Azera's surprise comes from a package that is based on the Sonata but fine-tuned for the price range it represents. Known as the Grandeur in most markets, the Azera’s package is a roomy one. A nice glasshouse helps bring out its uniqueness that makes it stand out in the marketplace. It’s not an entirely pretty car, but one drive will change all that. 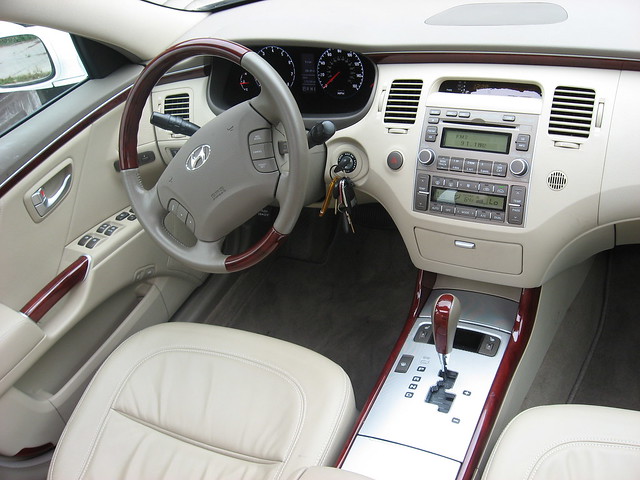 Behind the wheel of this top-line Limited sedan was a bit odd compared to most driving experiences of late. As a tall driver, I felt a bit small behind the instrument panel, yet my sightlines were never compromised. I had a generous space behind the wheel to control the car with ease. In fact, the Azera is all about putting the driver at ease when operating this vehicle. To me, that is an element of luxury I enjoy the most.

Helping to put things at ease was a 3.8-liter V6 motor that gobbled up the miles contently. Consider the fact that this is the standard V6 on the Genesis sedan; the Azera is a front-drive sedan. Imagine this engine in the rear-drive Genesis…not that driving the V8 was a less enchanted experience. Still, I love how this V6, coupled to a five-speed automatic, makes driving so fluid and a charming experience. You can tell how much I love Hyundai's engines…especially those 2.4 liters and larger.

A good thing that I also experienced a Sonata Limited with the 3.3litre V6 because there is a marked difference between the two luxurious front-drive sedans. Again, I use the word "ease" more aptly in the case of the Azera. As Buicks improved their drive from its former slushiness, the Azera seems better behaved than even the newest of Buicks. We can throw in a Chevrolet Impala in the mix as cars that the Azera drives better than. This is a bold statement because I truly loved my Impalas! The ride is smooth without any pitching or queasiness. Some curves may have to be taken with caution, but I found no qualms with the overall handling of the Azera. Steering is light but precise. Oh, and you can stop this Azera on a dime as the brakes simply do a fantastic job overall. 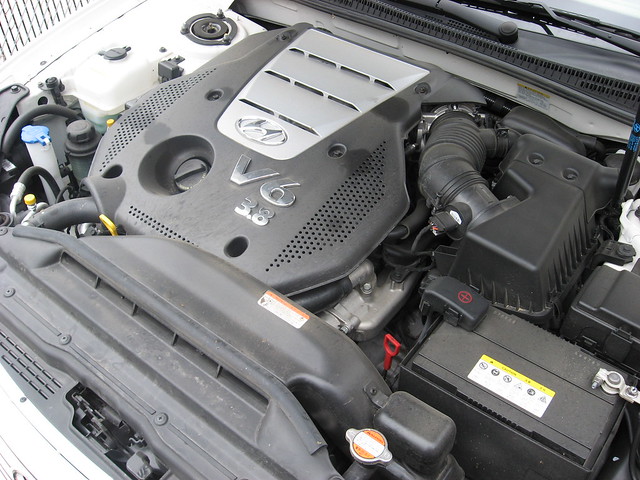 As I mentioned that in the past Korean six-cylinder motors were gas hogs. A marked improvement in the 2009 Hyundai Sonata 3.3-liter V6's economy is testimony that the company is doing what they can to improve their image in every way possible. The 3.8-liter V6 in the larger Azera yielded an amazing 23.8 MPG on the economy loop in and around town. That’s 1.3 MPG better than the Sonata Limited V6!

So, I was wrong about the Azera. On some level, it may not replace the Impala as my favorite large car to tool around in, but I would jump in an Azera in a heartbeat if the job calls for it.

Now that I've driven every Hyundai sedan from the Accent to the Genesis in the past 2-3 years, where does the Azera fall in the pecking order? My apologies to the Sonata and the Elantra, but the Azera has become number two behind the Genesis sedan.

With improved details for 2009, I cannot see why the Azera is languishing on dealer lots. Though large cars are falling out of favor with the demand for smaller vehicles, with Hyundai considering bringing its replacement for the subcompact Getz over here, this is one large car worth taking a closer look. Again, consider the price point for what you are getting, which is indeed a lot for the money. A drive in one will convince you that assumptions should never be made when it's your money being spent…at any price range. 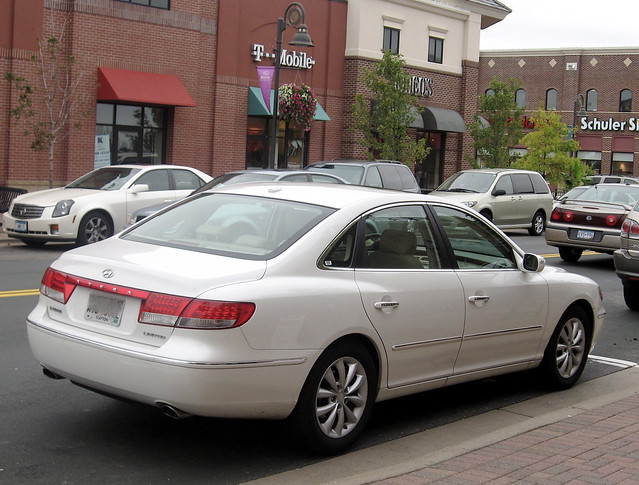 PRE-OWNED VEHICLE INFORMATION: Per a search on several car shopping sites, V&R found there were several 2008 Hyundai Azeras available between $6,200 and $11,000. Mileage and condition vary, but most were found with over 80,000 miles on the odometer, the highest being over 124,000 miles. Always have any vehicle inspected before purchase.