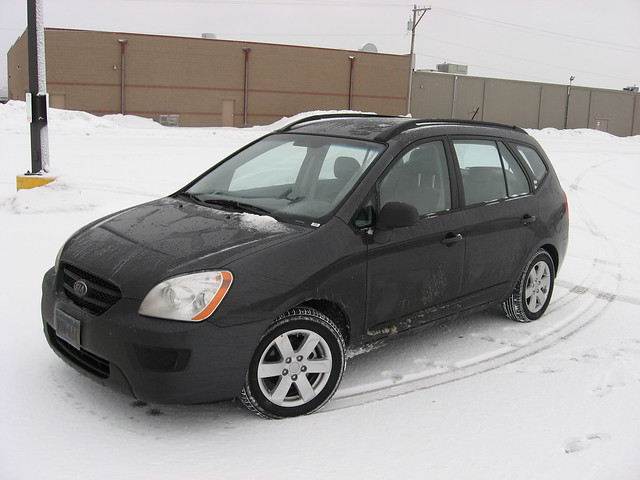 A Victory & Reseda "Throwback Review" of the 2008 Kia Rondo

It survived crappy roads. It survived an onslaught of snow, sleet and ice just a few days away from Christmas. It was able to accomplish the final vestiges of Holiday shopping by swallowing whole a lot of goodies.

Yet, it is one of the ugliest things I've ever driven.

The Kia Rondo, known as the Carens elsewhere outside of North America, is a contraption that wants a personality. It does have a purpose as a lightweight people mover sold as an alternative to standard minivans. For example: the Kia Sedona/Carnival. Kia is calling it a “crossover” in this market because no one has any idea that vehicles of this size are known as multi-purpose vehicles and are the rage of families on at least two other continents.

The Rondo LX-V6 I mustered around the Twin Cities and St. Cloud seats five to begin with. You can opt for a third row of seats if you have small children aside from the nuclear members of your family. As with most small multi-passenger vehicles, choose your third row passengers carefully for comfort, especially on long drives.

As functional is it is, it has plenty of power from its 2.7 liter V6. Normally, the Carens comes with a four-cylinder gas engine and a diesel option. In North America, Kia starts you off with a 2.4 liter four, then a V6 option…just as offered on the Optima/Magnetis sedan. The V6 is familiar, as it has powered plenty of Hyundai and Kia models over the years. It has a punch, which may seem like overkill for a small and tall wagonesque vehicle. 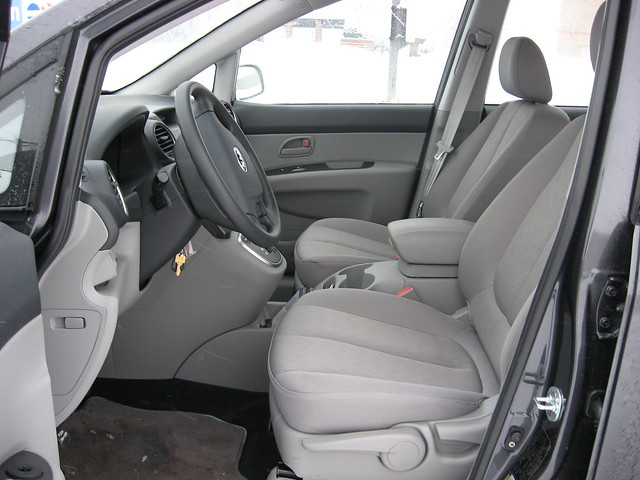 To tackle the crap roads, the Rondo was equipped with anti-lock brakes (ABS) and an electronic stability control (ESC) system. That’s fine, except the roads were so bad that these electronic aids worked overtime to keep both car and driver from being a statistic. There were some scary moments, however, when these devices went into effect.

One problem I encountered was on an uphill grade near my new home in Robbinsdale. The ESC had a difficult time getting the Rondo up this block-long hill between Xerxes Ave North and Theodore Wirth Parkway so I can make a right turn towards Uptown. The vehicle was simply stuck. After the second try, I backed the Rondo down the hill and took another route. This was not a complete failure of the ESC, but of circumstances based on extreme conditions to not allow this vehicle to do what it’s supposed to do.

Another thing to consider about this vehicle is fuel consumption. Because SUVs, crossovers and minivans are thirsty, the assumption that the Rondo, along with the Mazda5, Chevrolet HHR and Chrysler PT Cruiser, would be more efficient to operate. On the loop, including highway driving in bad conditions, it rang up 20MPG. Efficient? Not exactly. If you can live with this for a V6-powered crossover, be my guest.

My lasting impression of the Rondo is how it looks. Without ranting about how ugly it is, let's just say that I'd prefer some tweaks in the overall package. Better still, a complete redesign of it! So, Kia, do me a favor: Leave the interior alone, but just do something about that exterior, please? 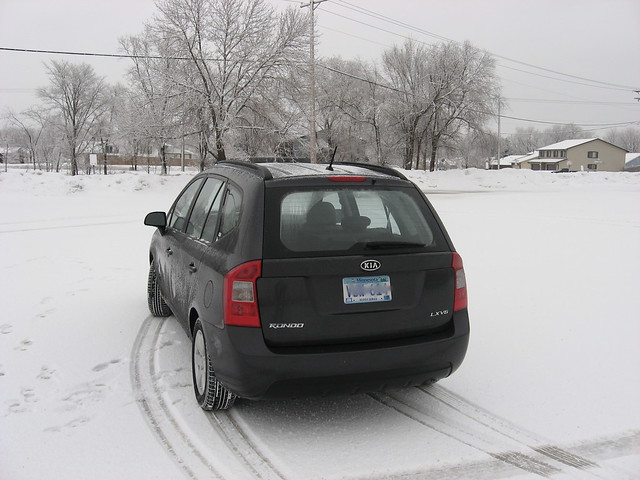 Even at its price, why would anyone want to be caught dead in one? If you don't care about the looks, but would like a quality-built small-but-tall crossover wagon, the Rondo does the job. Just drive carefully in the winter if you do get one, please!

PRE-OWNED VEHICLE INFORMATION: Per a search on several car shopping sites, V&R found there were several 2008 Kia Rondos available between $2,900 and $6,000. Mileage and condition varies, but most were found with over 100,000 miles on the odometer, the highest being over 149,000 miles. Always have any vehicle inspected before purchase.