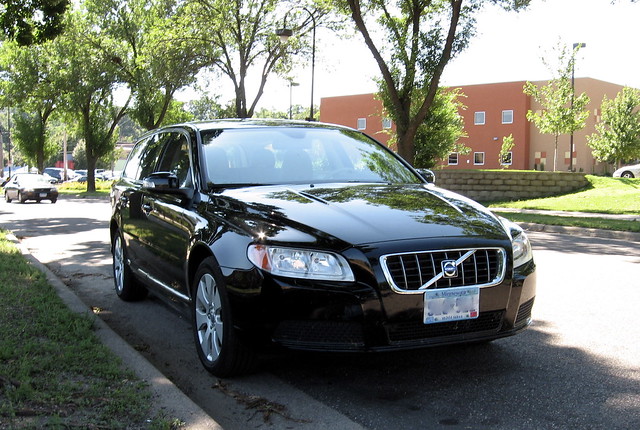 A Victory & Reseda Throwback Review of the 2008 Volvo V70

There is a balance between stereotyping and iconography. The stereotype for driving a car such as a Volvo is it screams "liberal," "progressive," "greenie." Volvos are now touted as premium European vehicles competing for the same consumer as an Audi or Acura, but still, they attract mainly left-leaning, upper-five-digit to six-digit income earners.

For these consumers and others who buy pre-owned Volvos in the same socio-political standing, the Volvo wagon is an icon. Volvos always sold wagons dating back to the 544s of the 1950's. The legend grew with the 122 and the 145 wagons. Former Summer of Lovers usually owns an old 240 wagon they still run for groceries or the occasional meeting with nature. The cool kids love the old 740 wagons their parents used to cart them in.

And, how many gay couples do you know own a Volvo XC70?

This is probably why I still have a soft heart for the Ford-controlled (now under Geely and coming back strong) Swedish automaker.

Driving the wagon closed a 22-year gap from my first experience with a Volvo. It was a 740GLE sedan driven over the Thanksgiving weekend powered by a decent four-cylinder motor and ran like a champ. One drawback was of my own doing: Since I was used to North American cars until then, I had no idea that the key wouldn't move until I jiggled the steering wheel loose to release the ignition. That began my practical knowledge of foreign automobiles. 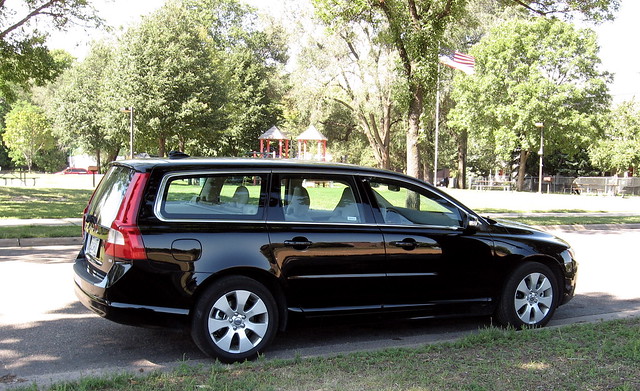 Two decades whetted my appetite for another Volvo. It took another long holiday weekend to finally slide into one. This time, I got really lucky…I got the latest iteration of the iconic Volvo wagon: A 2008 V70.

To understand the V70 is to know that the Volvo lineup is in transition. Platforms are being shifted and models are being threatened by extinction. Originally, the V70 was the "regular" wagon version of the S60. That was until the new S80 was introduced threatened the S60's status of a viable model in the lineup. Well, I happen to like the S60 as I think it’s a sporty alternative to the BMW 3-Series for those who love Scandinavian vehicles.

With that said, the V70 is a decent wagon. It is unpretentious in some respect, but everyone knows or feels that Volvo vibe. I call it the premium-branded, European queer-friendly wagon. After all, Volvo loves the gays!

The wagon's utility is unsung, especially in this smaller package. If you're used to an old 740 wagon with oodles of cargo space, you may not like the V70. However, as an alternative to a Subaru Legacy wagon, it gives you more on various levels. 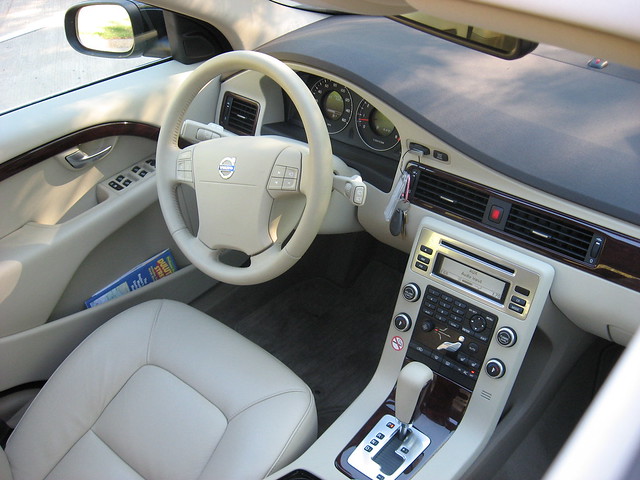 Looks-wise, I'm not too thrilled with some of the details of the redesign. As always, Volvo reserves the cool stuff for its XC70 pseudo-crossover. That’s fine, but if you want your Volvo wagon a bit more Earthbound, the V70's the way to go and the looks will have to be dealt with.

Inside is a comfortable leather interior. My use for the V70 was a trek to Duluth for their Pride celebration with an added bonus of a run into the Iron Range. On Interstate 35, with the cruise set at 75 MPH, I couldn’t help from being relaxed for the two-plus hour trek northward…and back. These seats are a joy to drive in!

It took a while to master some of the controls. The audio system has a ten-key push-button preset that could be for other functions unknown to me. There is a customization switch pad for key, lock, audio and other personal functions. You can also set three different seating positions for the driver. On the left stalk, you have to fully pull the lever towards you twice to get the high beams to work. The scroll wheel on the left stalk controls an information system in the center of the tachometer. In the middle of the speedometer is a digital fuel gauge set as a bar graph…which still baffles me. And, where in the hell is the temperature gauge?!? 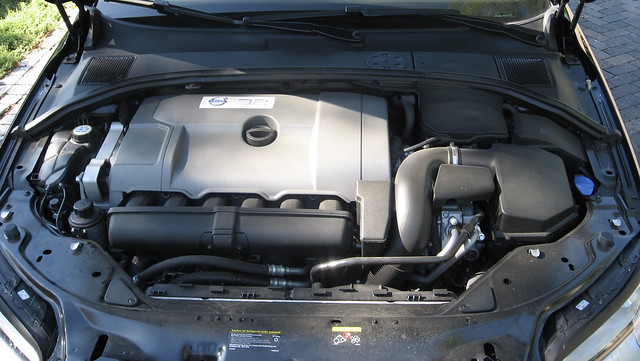 Motivating my comfortable cruise is a 3.2-liter straight six…perhaps the only thing straight about this vehicle! The engine ran smooth and quiet for the most part. That is until you're shagging around town. This engine is funneled through a six-speed automatic, called the Geartronic, and, frankly, it shifts gears with an astounding jolt when you twist it around on surface streets in stop-and-go traffic. Needless to say, I was unimpressed with the Geartronic transmission.

Everything else works on the road! The steering was soft but responsive. The ride was supple and comfortable. Handling-wise, it was soft on the curves but competent enough not to scare you. Just take it easy on hilly intersections and emergency maneuvers. Braking action is nothing short of excellent with short stops when needed.

The workload this wagon undertook certainly helped with fuel economy. For a six-cylinder, premium midsize wagon, the economy loop of 23.3 MPG is pretty decent. I'm sure that an Audi A4 2.0T Avant (without the Quattro all-wheel-drive system) or a Saab 9-3 SportCombi would turn the same figure, but I know that I have a comfortable and logical space to work with in the Volvo. Even if I compared a six-cylinder non-turbocharged wagon with similar models equipped with turbocharged four-cylinder motors, this is to only suggest that the Volvo is a worthy choice for the same $30,000-plus station wagon market. 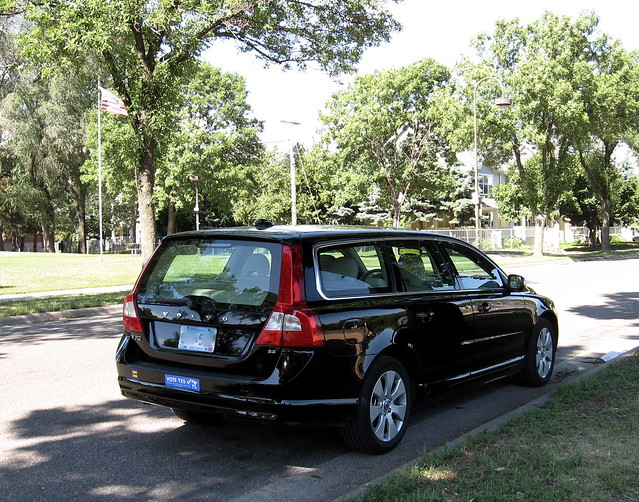 Living in Minnesota, I would prefer the extra traction of an all-wheel-drive system. However, the XC70 may be a bit more than one would want in a Volvo wagon. Then again, one would be enticed to try the compact V50 wagon only to find it is too skimpy for most people. The happy medium, or rather Goldilocks' choice, would be the V70. After all, stereotyping and iconography can only go so far at around $33,000.

PRE-OWNED VEHICLE INFORMATION: Per a search on several car shopping sites, V&R found there were only a few 2008 Volvo V70s available between $4,800 and $9,000. Mileage and condition vary, but most were found with over 132,000 miles on the odometer, the highest being over 154,000 miles. Always have any vehicle inspected before purchase.