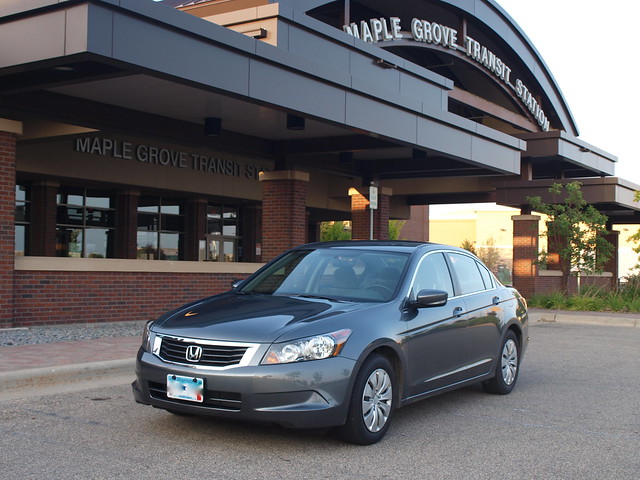 A Victory & Reseda Throwback review of the 2010 Honda Accord

Seven years ago, I posed the following question when I reviewed this car: "Has anyone realized how truly middle-of-the-road we are as a country?"

I was anticipating a lot of disagreement about that question. Think about it for the moment. No matter how polar opposite our views can be – ranging from the President, humanity itself and other sundry foreign matters – we actually share a lot of common ground. Deep inside, there are some core values we grew up with designed for us to find a middle ground for our lives. Perhaps all will be revealed when we we are on the verge of expiring in our lives.

The truth is that we as automotive consumers prefer our middle-of-the-road automobiles to something more adventurous. Yet, for being sheep, we also have a choice of many flavors of mundane.

But, should a mid-sized family sedan be so mundane? If you think about your choices, you have a wide variety of styles and tastes.

Still, the numbers do not lie. Back in 2010, Americans bought over 257,000 mid-sized cars on average on a month-to-month basis. The top selling car in its class was the Toyota Camry. Behind the Camry on the individual model sales charts was the Honda Accord. It had been pretty much the pecking order for the past 20 years.

This brings up a small problem – as a former owner of a Honda product (an Acura – which is still a Honda product), I became somewhat disappointed with them. That was until I sampled the Honda Element – the choice of urban home rehabbers. The Element was quite good to the point it almost erased every other Honda I drove from 1993 until then. What was wrong with the rest of them? Polarizing design, short execution of some brilliant ideas and an absolute arrogance feigned of its heritage.

It’s been 20 years since I bought what turned out to be the best car I ever owned. Believe me, the Acura wasn't the absolute choice. I considered the Honda Accord and Civic hatchback against it. Certainly, owning an Acura made you a cute above everyone else, but the Accord just looked well planted and thought out. I found it disturbing that the Accord had the reputation for being the most targeted by car thieves.

As I stepped inside the 2010 Honda Accord LX for this review, I had to ask the question: What could possibly prevent me from enjoying this edition of Honda's most popular vehicle?

Let's look on the positive side of the coin. The styling may seem indifferent from some angles, but it certainly stands out. There are certain parts that speak exclusively to the Accord apart form its competition – and that's a good thing!

Well, there is a drawback – the rear end. For years, I equated Honda and BMW based on their automotive arrogance and its strong loyalty to their products. When I look at the back of the Accord, I see Chris Bangle's work. Noted that Bangle never worked for Honda, but someone over there must be a fan of his work. The rear reminds me of the "Bangle Bungled" BMW 7-Series. It could've been nicer – even the Camry looked decent out back! 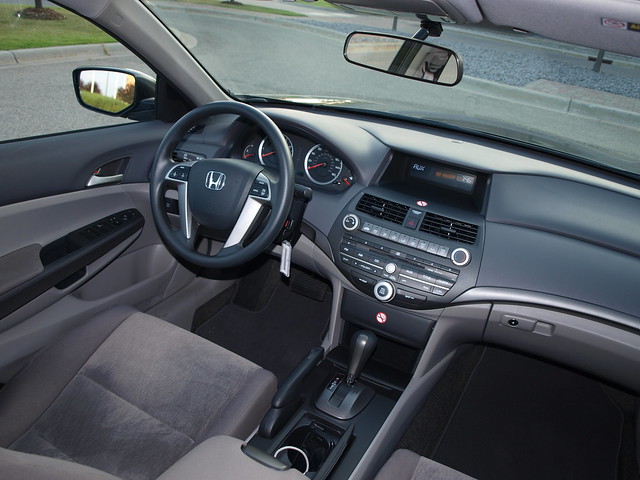 Inside, I feared the worst, considering my prior experiences with the Fit and Insight of about seven years ago. Actually, it is a good combination of Honda’s arrogant quirkiness and straightforward ergonomics. It’s actually friendlier than any Honda product I’ve driven in 20 years. The seats are a bit firm, but you get used to it after a few miles. There’s plenty of room inside for friends to tag along. One thing I know everyone will like is trunk space. For mid-size family sedans, its size is par for the course – it’s quite big.

Under the hood was Honda's familiar 2.4-liter four-banger. With the i-VTEC system running through its veins, its spat out 177 horses – par for the course in this class. Sure, the 2011 Sonata had more horses under its hood, but the Accord's engine seems happier here. Not to mention this wonderful motor was connected to one of the smoothest and quietest 5-speed automatics I had driven in quite a while.

Not only was "quiet" an apt term for the Accord – try solid. It appeared that everything about the Accord had an air of solidity to it. The ride is rock solid – no wafting or tossing about. Solidity translated well in how it handles and corners. There was simply no drama when it takes on curves, cloverleaves or endless straights. There was a sharpness to the steering – solid to the touch! Lastly, you can't get good stoppage when you depressed the brakes.

One thing Honda stood out above most automakers have been on fuel consumption. However, as Honda's grew along with every other Asian manufacturer, fuel economy has only become a pipe dream. The Accord turned a 25.4 MPG loop – which is about average for midsize family sedans based on my experience.

Seven years ago, I drove practically every competitor in the highly contested family mid-size sedan market. Could I choose the best amongst all of them? Not really. 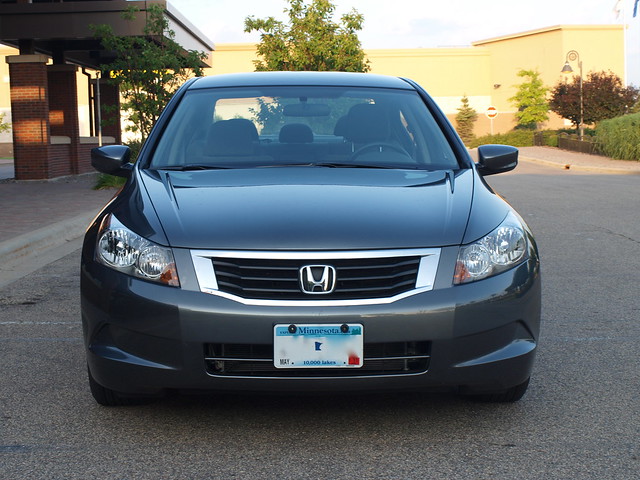 In stating the Accord's case – a story must be told.

The Saturday during the time I had this 2010 Accord, I RSVPed for a garden party/wine tasting sponsored by a local men's group at a home in St. Louis Park, Minnesota. The caveat for that party was that everyone brought a favorite bottle of wine to the party. In my case – I had two options. One of the options was found, a Sonoma Valley Riesling. A perfect idea, but I could not justify the price to pay for said bottle. The other favorite was a White Riesling from Wollersheim Winery in Prairie du Sac, Wisconsin. This particular wine could not be found anywhere in Minnesota. Doing my due diligence, I went on the winery's website and found that the nearest place to purchase the wines were across the St. Croix River in Hudson, Wisconsin. So, the first thing I did that Saturday morning was to purchase said wine in Hudson and drove back to Minnesota.

I have since joked that Hudson was Minnesota's Calais. May I suggest referring to Jeremy Clarkson and an old "Top Gear" piece about the meaning of this reference.

On this mission of mercy, the Accord showed its true colors. It was a smooth, solid driver that could transport four people comfortably. If you don't pay attention to the stylistic paeans to Chris Bangle, you'll find Honda's North American-built then-big seller a very good choice to own. It’s not exactly the top of my list amongst family mid-size sedans), but if I wanted something that stands out in a crowd – the Accord, of course! It’s a little bit north from the mundane, but you probably gathered by its popularity that it should be a happier form of mundane.

As for the wine – a Wollersheim White Reisling – it was one of the first bottles finished off that evening. So much for being middle-of-the-road…

PRE-OWNED VEHICLE INFORMATION: Per a search on several car shopping sites, V&R found there were several 2010 Honda Accords available between $7,900 and $16,000. Mileage and condition vary, but most were found with over 80,000 miles on the odometer, the highest being over 157,000 miles. Always have any vehicle inspected before purchase.