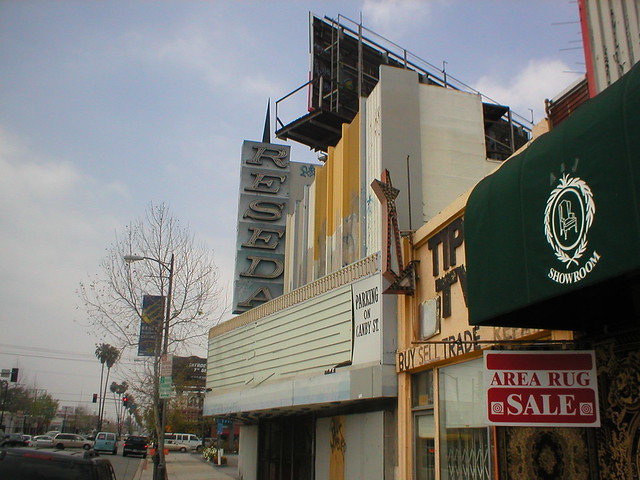 Back in 2011, I rebranded this site as an automotive blog with intention.

Victory & Reseda is not just a name of a blog. It is an actual geographic location – an intersection of two major thoroughfares. One is a east-west grid road that begins in Burbank, California and ends up to the foothills of the Santa Susanna Mountains. The other, a north-south boulevard, goes from mountainside to mountainside – the frames of the San Fernando Valley.

Near that intersection is where I grew up. That intersection was where you saw a lot of cars, trucks, busses, vans and such roll through going to their destinations dutifully. At this intersection, I was fascinated by this movement of machines made of metal, rubber and fluid, working to transport humans from points A, B, C to infinity. Somehow, I knew there would be a connection with the automobile and transport in my latter life.

The corner of Victory and Reseda Boulevards is not a mythical place where this work was inspired. It still exists. One corner is Reseda Park – the only constant since my childhood. The other three were gas stations – Chevron, Mobil and Shell. The Chevron made way for a 7-Eleven and a mini strip mall. The Mobil – once owned by a family friend – became a McDonald's. Not sure if the Shell station exists…

I will be able to find out soon.

This will be a special year for V&R. It is the year I turn 50 years old. I decided to do one special, but brief journey to mark this occasion.

I am coming home to Reseda.

This will not be a grand voyage involving a week's worth of deep cavity exploration of my roots. It will be one where the arc of this blog, plus my work in Lavender Magazine and CarSoup.com, will meet reality half-a-century on. There are many goals of this trip – all of which is driven to bridge the work with its roots.

This journey will actually begin in Chicago. It would be apropos to start in that city, since my mother was born at what is now called Rush University Medical Center. Any February in the Windy City means one thing – the Chicago Auto Show.

This Chicago Auto Show will mark a major milestone. Ten years ago, I attended my first media days – on assignment by two websites. I had no idea how that will frame the past few years here. For my fifth media days, the highlight will be the awarding of the 2013 Victory & Reseda Vehicle of The Year to Cadillac for the ATS. The rest is simply work – catch up from preceding auto shows of this season, attend any new vehicle launches and source stories for the coming year.

The timing seems right – the actual birthday is the day before media day kicks off. I am not certain how to spend that day in Chicago, but that would most likely be more of a private affair than anything.

After media days, it will be off to Los Angeles.

It is not determined how this trip will go at this moment. In a relative short space of time, there are plenty of options to explore. All I hope for is to be surrounded by family, friends, colleagues and contacts out there.

Of course, there will be a vehicle involved. All will be revealed in February.

In regards to the special birthday celebration in February, I will also reveal My Favorite vehicles ever driven or experienced through family ownership over the past 50 years. The list has been set, so expect some surprises.

The rest of the year will bring other participatory opportunities. The Twin Cities Auto Show in March, for example. There is also MN C&C – our local Cars & Coffee monthly event out at AutoMotoPlex in Chanhassen. You may also want to put down the second annual 10,000 Lakes Concours d'Elegance on your calendar for June.

This may also be the year of collaborations. Plans are being looked at for tie-in events in the Twin Cities that will bring together enthusiasts of all kinds. V&R will definitely be on the scene for that.

The idea of this site has now expanded to include fostering a form of carmmunity that is inclusive, diverse and welcoming. The V&R notion of carmmunity includes bringing together colleagues in the media corps, enthusiasts, dealerships, other outlets, the automotive industry and readers like you. To foster carmmunity is to collaborate with others that have similar goals and ideas to bring to you.

Therefore, you will not see a forum developed off of this site. There are plenty of forums to rant in. Nor will you see advertising – for the moment. Maybe sponsorships? Who knows?

What 2014 will mean is to concentrate on developing content and outreach that is focused on bringing everyone together. A media outlet is not exactly a celebratory point – but I see this one as such. Whether we celebrate in the Twin Cities, greater Minnesota, Chicago, Los Angeles or somewhere else, it will be about bring it all together.

It is looking like a year for more and resonate milestones. I hope you can join in on the celebration in 2014!