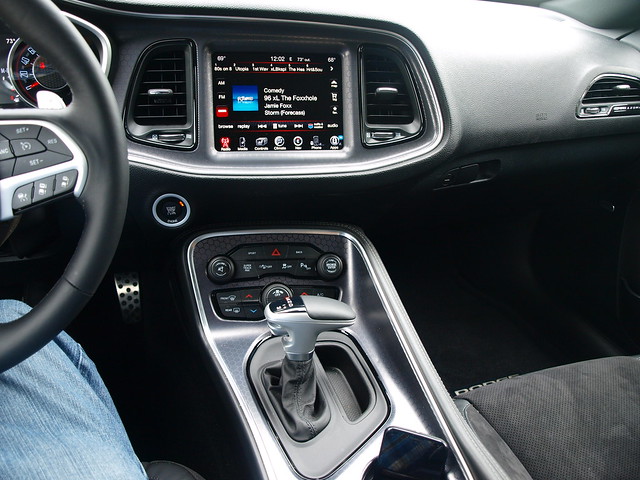 Gee, did we miss something on satellite radio? Photo by Randy Stern

It is safe to say that we use our audio systems to keep us entertained on the road.

What about the music we listen to when the audio system is on and pumping your music through those speakers? Or, is it music?

It would be safe to say that it is indeed music. Because our idea of music is different than the next person's. That is what makes us diverse and fluid as a society.

I might as well tell you what new songs, artists and albums were played through the various audio systems of the vehicles I drove in 2014…sure, why not?

SAM SMITH – IN THE LONELY HOUR Every track that came from this album just sounded great. Smith has this voice that is strong, but soft; soulful and pop. From "Stay With Me" to the new single "Like I Can," it just seems that Smith can do no wrong with his voice and tone. It is a brilliant album that is getting all of the accolades it deserves. (Capitol)

BEBE REXHA – "I CAN'T STOP DRINKING ABOUT YOU" I first heard this as a remix by The Chainsmokers and was mesmerized by this voice. Rexha is a New Yorker who can belt it out with her sultry tone. When you hear the original, you get it. But, which version would you listen to? I have both on my iTunes, so it is really a toss up. She better have an album soon… (Warner Brothers)

PALOMA FAITH WITH SIGMA – "CHANGING" The British DJ duo joined up with one their fellow citizens – a hot voice in the UK from what I hear – on a track that appears on her latest album The Perfect Contradiction – Outsider's Edition (Sony/Epic/RCA). Some say this could be the future of British Pop music. It's a good track and a great listen.

BETTY WHO – "ALL OF YOU" Another hot new Pop artist has crept into my consciousness. She is an Australian, educated at Berklee, now based in New York, but somehow was coined as a "British Pop" artist. No matter, this song was introduced as remix by producer Peter Thomas. Though on her first full-length album, Take Me Where You Go (RCA), the emphasis was on the single "Somebody Loves You" (a catchy cool song, however), "All Of You" simply rang out of SiriusXM's BPM channel brighter than the single. Hmmm…

COLDPLAY – "A SKY FULL OF STARS" What's that? Coldplay is overrated and Chris Martin is full of himself…balderdash! I'm not their biggest fan, but I do enjoy a track when they get it right. As the first single from Ghost Stories (Atlantic), they got it right. You can now return to hating them…

TY DOLLA $IGN – "PARANOID" His father was in the funk band Lakeside, so he came from good stock. It certainly helped to have musical genetics, though some wonder what his music was all about. Actually, I could hear some Lakeside on this first single from the Beach House EP (Atlantic), including additional vocals by B.o.B. If you watched the video, it is pretty strange – deeply setting the tone for the song.

BOY & BEAR – "SOUTHERN SUN" The Aria-award winning band from Australia came with a new album the year before. The album, Harlequin Dream (Island), was a solid one, but this track alone makes the album. We Americans just simply cannot pick this fine group off from below the radar. It is a great sound from a tight band, if you like Indie/Folk/Rock from Australia, that is.

JOHN NEWMAN – "LOVE ME AGAIN" The radio version of this song features this British Pop artist as a high hair wearing crooner. That version from the album Tribute (Island) was good, but it would be the remix by Kove that sealed the deal. Kove added a Drum 'n' Bass backbone to the song and propelled the Yorkshireman onto the EDM stratosphere.

THE CHAINSMOKERS – "#SELFIE" If there was one EDM act that made a serious breakthrough this year, it would be this irreverent duo from New York City. They did so by this track. It seared through the consciousness of the globe as the act of taking a photo with a mobile device and posting it all over social media was elevated by this tune. Soon, we were using the catch phrase – “but, first, let me take a selfie” – on our Facebook walls, Twitter feeds and so forth. (Din Mak/Republic)