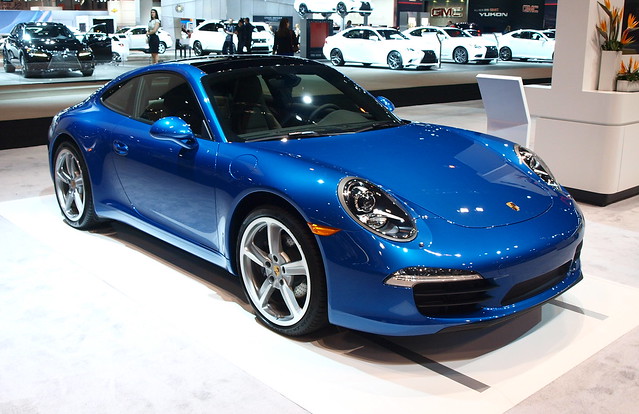 It was another breakthrough year for me in this work. New audiences, new experiences and new inroads made for a year that was both triumphant and challenging.

To build off of the successes of 2014, it is time to look ahead. One always look at the new year as a set of challenges to fulfill goals and to make some serious plans for the next twelve months. It is also good to try to engage with you, as your eyes are upon this site to see what's next.

AUTO SHOW SEASON: Well, I was credentialed for the North American International Auto Show in Detroit, but things fell through on travel and assignments. Therefore, my sights are on the Chicago Auto Show and their media days. Chicago is a great show to catch up on items not fully covered at Los Angeles (there were a few things I could not get to – and will in Chicago) and Detroit. The Twin Cities Auto Show in Minneapolis is my local show and will be looking to do some collaborations with local enthusiasts and groups. I will also make sure to attend the media session there, as well. The long shot here is New York in April. I am thinking about, but it will depend on several factors to do this. Despite some reservations on returning, Los Angeles is also on the table.

DRIVING EXPERIENCES: Now that the focus is on telling personal stories with the automobile, vehicle reviews will be found elsewhere where I have a byline. However, that does not exclude stories involving vehicles brought in for evaluation to be placed in stories of context. On V&R, what you now find is the experience of driving – the adventure, if you will. One story already in the works is the journey to a major auto show by car, framed by the challenge of long distance winter driving. There are other stories in the offing – all in the idea stage. My hope is to bring these stories to life by including the places and the people these journeys will encounter.

THE #CARMMUNITY: From our base in the Twin Cities, the stories from the Carmmunity will again take center stage. Unlike previous years, there needs to be told the deeper story. No longer should one talk about the scene from afar. It takes people, imagination, execution and the results to complete the story. Expect that approach to be evident here. In this world, the sidelines should not exist.

CONNECTING THE CAR TO THE WORLD: Earlier this month, I stated that I will also tell stories that are related to the automobile. That is an open book, since a lot of what we do daily is indeed connected to our vehicles. This will involve experiential stories relating to lifestyle, interest, influences and all other things from the periphery of the automobile. Some kernels have been tested on this site. Now, they simply need to come to life.

THE VEHICLES: As a rule, I do not publicly divulge what will be coming in for stories on here or in other outlets where I have a byline. I will say that the schedule for the first quarter of the year is quite compelling. As the year progresses, I will hopefully bring in some of the big news-making vehicles of the year. Be patient…and be surprised!

#VOTY15: There is one major change in V&R's strategy for the new year. The Vehicle of The Year Award reached its apex for 2014 thanks to the largest vote in its history. I was able to award it at the Los Angeles Auto Show this past November to Dodge for the Challenger. However, the change in focus for this site came with some sacrifices. Sadly, I announce that the VOTY is no more. Instead, I will be concentrating on being part of a new award from Why This Ride? where the team will decide in multiple categories. To do both would be a huge undertaking and the direction where WTR? is going with their site is promising. I thank everyone for making VOTY what it was.

Now that V&R is being directed as a personal experience blog, the lid is off. I hope you are still in for the ride. There's plenty of seats…come aboard.