Can you drive a subcompact car in the dead of winter?

This is a legitimate question to ask for those of us living in the northern climes. It is perhaps why we often look at this neck of the woods as prime grounds for four-wheel drive vehicles, crossovers, SUVs and trucks. Small cars may be ideal for urban areas where parking is a premium, but heaven forbid when a snowfall dumps a few inches down on the ground or the air temperature dip well below the freezing mark.

The image of small cars in winter is littered with some old truths. Smaller engines are susceptible to the cold, therefore cranking up these engines would be a monumental task. These cars are equipped with anemic heating systems, which do not warm up until you get to where you are going. They are terrible in the snow with small tires trying to gain some footing even if there is only a inch or less on the ground.

These were my images of what small cars were when I was a kid. Minute machines that had to share the road with vehicles that weighed over ton tons and took up well over 200 inches of space. They paled in comparison to that era's rugged trucks, full-sized conversion vans and even the mighty Jeep CJ-5. They carried curious names, such as Volkswagen, Renault, Honda, Fiat, Subaru…and so forth.

Those were the days, right? Not like today where there are more subcompact class vehicles on sale now than they were in 1976 in this country. Almost every manufacturer has something they can choose from – from the Scion iA to the MINI Cooper S. These choice also include the new subcompact crossover class. It is projected that sales of the the smaller crossovers will eclipse subcompact cars in the next two years.

Is it a good time to go small? Or, do you still have fond memories when things were much simpler?

To see whether the small car has progressed since the old days, a 2016 Honda Fit was sent to me for a simple test – winter survival. This car has already been reviewed a year-and-a-half ago and has been deemed one of the best in the subcompact car class. The Fit is an example of the progress made in small cars, which makes for a turn down memory lane when vehicles of this size did not stand a chance in Minnesota's frozen climate – unless it was a Subaru with four-wheel drive. 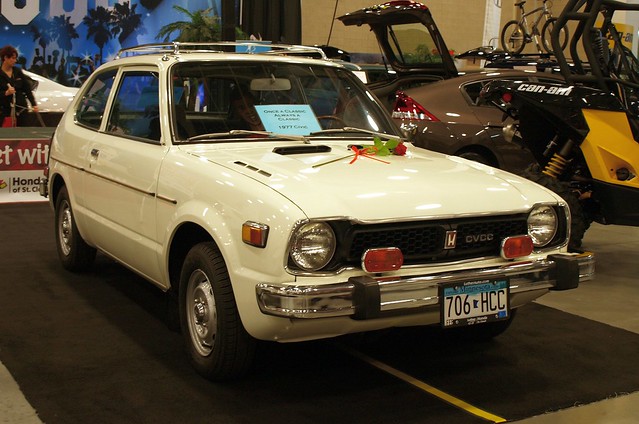 The first thing I wanted to do was a comparison in size to a small car of my childhood. The first vehicle that popped in my head was the first generation Honda Civic. The original Civic was only 146 inches long, with a wheelbase of 86.6 inches. The Fit has grown to an overall length of 160 inches with a wheelbase of 99.6 inches. Both the Civic's groundbreaking CVCC engine and the Fit's EarthDreams motor are about the same displacement – 1.5 liters. While the older engine managed only 53 horsepower, today's Fit has 130. If we continue through each specification, it would be easily assumed that a Fit would overshadow a first generation Civic quite easily.

Of course, engineering and technology has advanced over time. Among subcompact cars, only a couple offered an automatic transmission. To get a Renault LeCar (the R5) or a Fiat 128 sedan, you had to row a four- or five-speed manual. That was all they had available. The Honda Civic CVCC offered a two-speed automatic gearbox called the Hondamatic. Todays Honda Fit offers a six-speed manual transmission standard in the LX model, with a continuously variable transmission available on higher ones. The CVT was a new advance in transmissions that never saw the light of day until Subaru put one in the smallest product by the end of the 1980s – the Justy. Now, the CVT is commonplace across various car lines.

Today's subcompacts are also subjected to the same safety regulations as their larger brethren. In 1976, only the five mile-per-hour bumper was affixed to all cars. They looked like an afterthought on most of the cars sold in this country. You could not see airbags installed not Volkswagens, Fiats or Renaults. Not even door reinforcements were applied to smaller cars. This is why they were seen as death traps to American eyes. It took years for small cars to gain all of the safety advances to meet today's requirements. Now, there are more than a half-dozen airbags all around, reinforced door and roof construction, integrated bumper systems, traction control and electronic stability systems…and so forth. A glance at the Insurance Institute for Highway Safety (IIHS) and National Highway Traffic and Safety Administration (NHTSA) websites will show how much small cars have gained in terms of crash testing and occupant safety.

For the record, the Honda Fit was awarded a Top Safety Pick designation by the IIHS.

There was one thing that ties the small cars of 1976 and today's models together – the public reaction to an oil crisis. By 1976, the OPEC crisis came to an end. Automakers rushed to introduce models that would meet higher fuel economy demands to thwart a possible next petroleum production and availability issue. The domestics tried their hand on subcompacts, though the Chevrolet Chevette was more akin to today's compacts than anything smaller. The Chevette's competitors also touted great fuel economy figures, such as the Datsun B210, Toyota Corolla, Dodge Colt and the like. However, the Honda Civic had the best fuel economy figures of 1976. You can see why it became one of the best selling passenger cars in the USA since then.

As America dealt with the first wave of the global economic crisis, they had the double whammy of a series of high fuel prices that caused a reaction to introduce subcompact cars across the board. While some manufacturers already had them on sale for a while, the response became swift for the reintroduction of Fiat, the arrival of the Ford Fiesta, Chevrolet Sonic and Spark. The Honda Fit practically owned the segment through these years. In a sense, they still do in terms of quality, engineering and dependability.

Back to the original question about their worth in winter, here is some truth. If you remember how difficult a Renault LeCar was to start up in subzero weather, things were only slightly better in other small cars. Then again, as a car ages, the parts themselves become vulnerable to the pratfalls of winter. It's true with every type of vehicle – even trucks and large sedans. 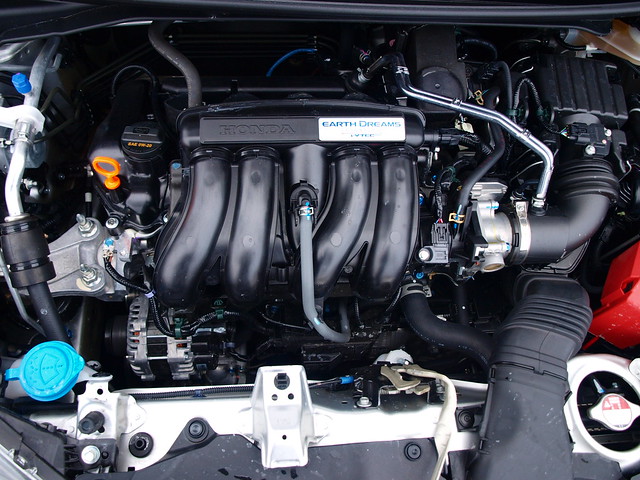 Today's technological and engineering improvements not only extend longevity of components, but the level of reliability are much greater than before. Good thing it is, because I am always glad when I could start up the Honda Fit in subzero temperatures without any delay from the starter. No need for warming up the engine at idle for an extended time. What I am saying is that this Fit simply works.

However, the Fit still feels small against today's traffic. Yet, it will hold its own given the chance. Winds will still buffet the car, due to the Fit's taller height. Having a light steering feel also is not conducive to manage occasions when stability is challenged. The combination of the 130-horsepower motor and the CVT is not as confident as you want from a driveline. It revs hard when it needs to get up to speed and it feels loose and devoid of feedback when it gets there.

On the positive side, the Fit offers loads of traction. Even with its standard Firestone all-season tires, the Fit has no problem getting around in light levels of snow. Certain road conditions provided some fight for the Firestones – especially icy layers onto grooved concrete used on certain freeways in the Twin Cities. Do wider tires help? Perhaps, but the point is that the driveline works a bit harder to find traction. If there were more snow down, then the Fit's limits would be challenged.

Still which small car would you have in the snow and sub-freezing temperatures? One of today's models? Or, if going back in time, one from 1976? Given advances in engines, components, drive systems and tires, today's small cars seem to do well in colder environments. Quicker cold cranking and engine warming in today's small cars also contribute to this conclusion. 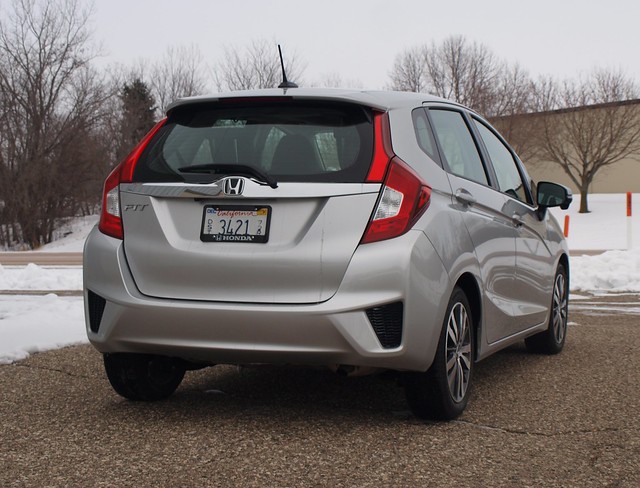 These comparisons of then and now illuminate an interesting parallel with each other. Yet, they also show the emergence of the small car over these past four decades from curiosity to becoming a viable consumer choice. Something to think about when the weather gets down into sub-freezing temperatures.

DISCLAIMER: The vehicle used in this article was provided by American Honda Motor Co., Inc. The 2016 Honda Fit EX-L with Navigation is priced at $21,165.