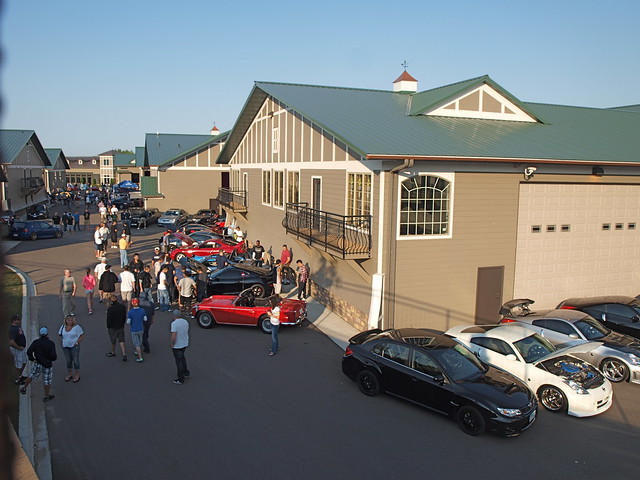 For the first time in over nine seasons that one of the premier car meets in America – let alone the state of Minnesota – will not take place at their usual location. On Tuesday, Minnesota Cars & Coffee announced the cancellation of the May 6 edition of their monthly event slated for AutoMotorPlex in Chanhassen.

According to their Facebook page, the primary reason given was based on a meeting with Lieutenant Eric Kittelson of the Carver County Sheriff’s Department and other officials from the City of Chanhassen. The city and county presented a set of new guidelines regarding future Cars & Coffee events at AutoMotorPlex. Chanhassen's City Manager asked Minnesota Cars & Coffee to seek a 80% reduction of attendance, do a resale of tickets to participants and spectators, eliminate all street parking and utilize park & ride facilities with shuttles to AutoMotorPlex. The city of Chanhassen cited issues with traffic and safety concerns as their primary reasons towards asking Minnesota Cars & Coffee to agree to these changes before the May 6 event.

Instead of going through with the requests of the city of Chanhassen and Carver County, Minnesota Cars & Coffee wound up canceling the May event. In some way, it gave them incentive to reinvent the largest such car event in the country, currently attracting 10,000-plus people per month.

Their Facebook page also cited that Minnesota Cars & Coffee were planning to move to a new location for the 2018 season – which runs from April to October annually. Instead, they will move up the new location's opening event to June 3. The new location has not been disclosed at this time. Minnesota Cars and Coffee also reiterated that they will maintain their event to be free to both participants and spectators.

I reached out to Lt. Kittelson for comment. I have yet to hear a response form his office at this time.

Perhaps the problem has been rooted in the success of this event and some situations resulting from it. The crowds have gotten bigger, but space for participants has been maxed out throughout the AutoMotorPlex complex. Cars coming out of AutoMotorPlex and doing burnouts on Audubon Road in front of the venue. The parking situation at various businesses within a mile of the core of the venue has also been a problem.

It certainly appears that this could pose an issue on the first Saturday of each month. It was seen as a direct competitor to one of the newest attractions in the Twin Cities – Prince's Paisley Park studio. It has been said that the city used their agreement with Paisley Park as their guidelines for Minnesota cars & Coffee.

For gathering 10,000-plus people, I have not seen a lot of promotion outside of social media and its sponsors mentioning it on their respective channels. For the times I have been at Minnesota Cars & Coffee, the major local media outlets have only been on site once. Perhaps they have been at other times, but I've only seen the one time.

When this event is rebooted at their soon-to-be-disclosed location, it will be different. The Minnesota Cars & Coffee team promises to house it in a location bit a bit more freedom for clubs to park together, more parking for spectators and food trucks! As former President Barack Obama said recently in regards to his proposed Presidential Center, “who doesn't love food trucks?” As long as they serve breakfast!

After nine years the synergy between Minnesota Cars and Coffee and AutoMotorPlex is done. Memories will linger on the occasions I have been there from cold April shows to torrential rains to simply introducing cool cars I've been working with to the crowds in Chanhassen. My best to the crew on the new location. Just let us know where and we'll be there.