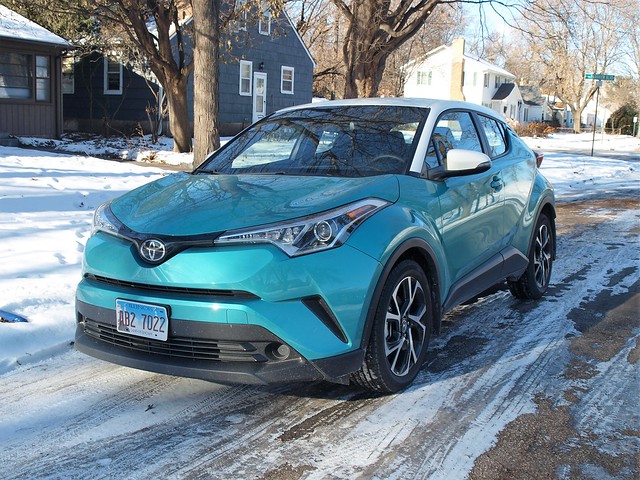 Recently, I mentioned that Victory & Reseda are doing some collaborations with the new media company slashMedia. You already saw one of the first fruits of that collaboration through imaged by Kevin Tran and Rezal Scharfe, as demonstrated in the 2018 Mazda3 article.

Now, the third member of the slashMedia team, Josh Dvorak, came through with a video of our last vehicle review subject, the 2018 Toyota C-HR.

As I mentioned in the review, the C-HR was originally designated to be sold as a Scion in this market. Because of this fact, the C-HR became of particular interest to Dvorak, as he is a longtime and diehard enthusiast of the now-defunct brand. Dvorak bought his first xB – a first-generation model – over a decade ago. In fact, he still has it. The white "toaster" has been modified a few times over, but it remains one of the most recognizable vehicles in the Twin Cities car scene. Now, his household has three first-generation Scion xBs, including one for his partner, Veronica.

The link between what could have been for Scion and the reality of the new C-HR sparked Dvorak to contact me to do the video. The result is what you are about to see. A cool car, coupled with a happy tune, equals a paean to the SUV that could have been Scion's saving grace.