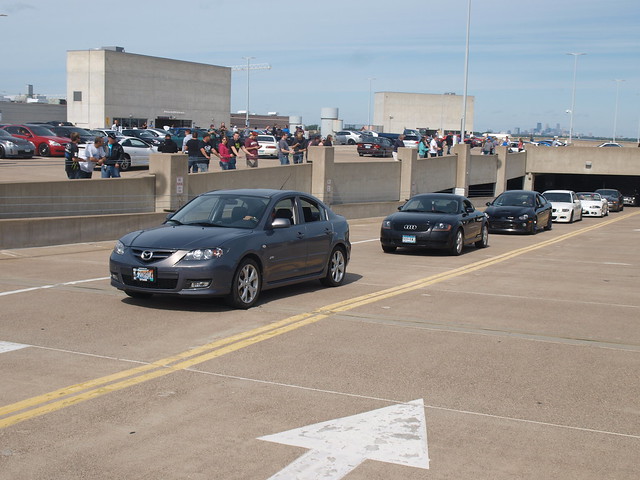 Almost a year ago, a group of automotive enthusiasts gathered to create a carmmunity in the aftermath of actor Paul Walker's tragic death. Over a couple of hundred cars encircled the Twin Cities in snowy conditions to benefit Walker's charity, Reach Out Worldwide.

This year, In Car Nation and their friends gathered for another drive for Walker's charity again. This time, it was timed to celebrate the actor's birthday. Walker would have been 41 years old.

Still, over a hundred cars began their trek from White Bear Lake, Minnesota through downtown Minneapolis to the Mall of America, the end point of last year's cruise. Instead of snow, we had bright sunshine and temperatures in the sixties.

Instead of a treatise on the event, it is better to show about a couple of hundred photos in celebration of Sunday's cruise. This is a way to thank In Car Nation and all of the participants for their time to celebrate the life, work and philanthropy of Paul Walker.