How did I spend my summer?

That's pretty much it.

Well, no, it is not. This summer was quite significant, as I continue to grow this site and my work. However, I had been thrown into various situations that took some time to navigate. They were good experiences, but new ones to navigate.

For example, I judged a couple of car shows. Those were interesting experiences, as I had to climb out of my usual shell to understand what I was judging and why. I understood the idea, but there were no real criteria to follow to do my judging at these events. It was all based on what my eye can spot that instant. Not exactly how anyone should judge a car show, but it had to do.

My suggestion to those who ask me to judge a show…give me criteria. If there is a scoring system, educate me on how to use that to my best judgment. But, if it is an open criteria judging event, then I have some experience in using my instincts on making my calls on each entrant.

Again, car show judging was a new experience. It is good to have this available in my wheelhouse for future situations. 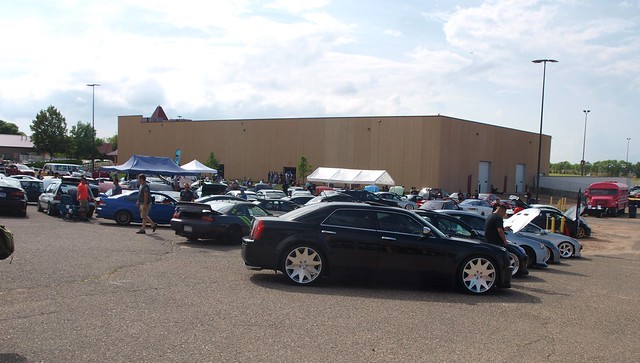 I will admit that I was a bit more critical of the Minneapolis stop on the Hot Import Nights gig. They had the show at Canterbury Park in Shakopee at the same time as some night horse racing. Because of having multiple events at the same time, the staff at Canterbury was a bit overwhelmed in making sure the event was running smooth. Instead, there were confusion on when the venue should open at which entry, which table should have what function, lack of communication in the onset and the lack of security that was supposed to be there to check us in prior to going to tables for ticketing and will call – as stated through communication from the event organizers.

Perhaps I was right to be downright pissed off. I apologize to my friends who saw me this way, but I was justifiably upset with how things were organized at the first point of contact. I almost was uncompelled to cover the event, though I was credentialed.

I was also critical of how I saw most of the same cars I know at this show. Yet, there were some gems to behold, such as an almost stock Merkur XR4Ti and a Hyundai Genesis Coupe from Manitoba that was pretty sweet. After I left, I got what HIN was thinking – show the best of the local scene. However, the point about seeing the same cars was indeed understood when one of V&R's partners, Minnesota Nissan Infiniti (MNNI) walked away with their trophy for being the best club representing at HIN.

There were other shows I was involved with, of course. Dope Day was one of them. That one I judged in. It was OK. No disrespect to Chris, Kit and the rest of the Dopery family, but it was OK. 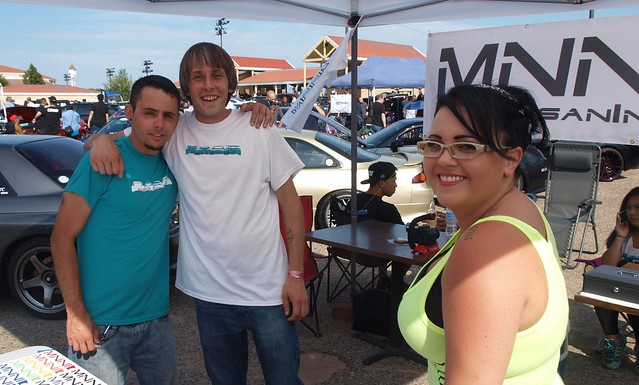 However, something significant happened at Dope Day. I mentioned that V&R is a partner with MNNI. Another partner with MNNI, Lifestyle Minnesota, also became a partner of ours, as well. To show our partnership is to see V&R's logotype on the back of their respective t-shirts. This is thanks to Andy Rushing, Derek Meyers and Marina Bryants who have been supportive of my endeavors through this blog and beyond. In turn, I appreciate the work Meyers, Rushing and Bryants have done to form collaborations and coalitions with other enthusiasts, clubs and other entities within the carmmunity.

It also helps to have V&R supported and connected by other automotive entities. InCarNation and Zero Composure have partnered with this site as co-supporters. Others have "liked" the V&R Facebook page thanks to the photographic coverage of various events in the carmmunity posted onto it. There is indeed value to posting images in social media to drive potential readership.

All of this turned into something V&R decided to do on its own. We set up a cruise-in for the Eminent Fidelity final show of 2015 at Dakota County Technical College. The cruise was staged at the Fort Snelling Light Rail station’s North Park-N-Ride lot in Minneapolis. There were 15 cars that were in our cruise-in, including a few Audis, a couple of Volkswagens and Nissans, along with a hodgepodge of vehicles from various brands and segments. The cruise-in was successful that V&R will be doing it again for the August 30th MN/WI Car Queenz meet with Zero Composure at the same venue. The event was set-up on V&R's Facebook page for people to sign up and cruise in.

With the summer closing out, there are a few more things V&R will be involved with. Through our partnership with InCarNation, we will be involved with this year's Paul Walker ROWW Charity Cruise in the Twin Cities. The cruise will benefit Reach Out Worldwide, Walker's charity of choice that enables first responders to respond to natural disasters worldwide. The cruise will be on September 20 and V&R invites our readers and fans to join us with InCarNation for this great cause. 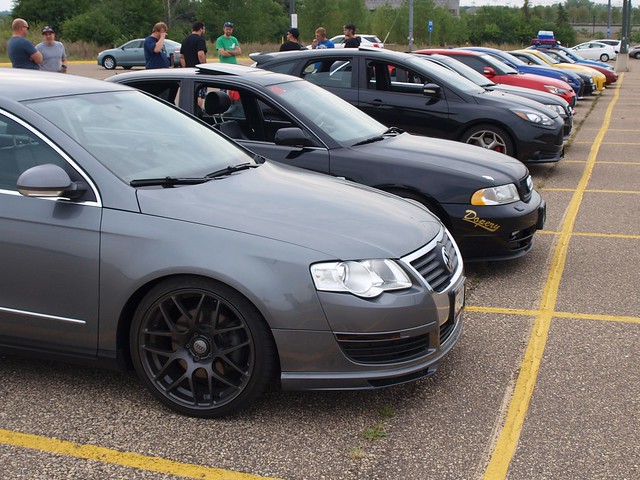 On October 3, MNNI will host their End of The Year Meet/Show at Running Aces in Columbus, MN near Forest Lake. V&R will be there as partners with MNNI. That will also be followed by Lifestyle Minnesota’s Lifted Lifestyle with Lifted Trucks Minnesota on October 17 at a location to be determined later. V&R will not have a truck on site, but we will be there. If you happen to have a truck, join us!

Thinking about all of this, I will admit that it was not exactly the path I had in mind when I rebranded this site over four years ago. By circumstance and a sense of duty to the local carmmunity, V&R has risen above just being some automotive blog full of unique content that could also be read in some places, such as Jalopnik, The Truth About Cars, Cheers & Gears…and so forth. V&R has become an integral part of the local scene, using both the site and its social media channels to engage with its readers and fans. This is done on both a local and global level catering to interests from the general automotive world.

In essence, it is still my story from my own observations and experiences within the car world. I'm just being more than a participant these days. It is a sense of duty I continue to take seriously, while having fun with it. And, believe me, I'm having the time of my life.