Why the reference to the Ford Taurus? With the exception of the reconstituted Chicago-built Five Hundred, the Taurus was the automotive equivalent to comfort food. Maybe not the last couple of examples of fleet-only afterthoughts, but every Taurus I drove like a comfy old friend bound for adventure.

Prior to 2011 and the rebranding of this site, I went through a few phases with automobiles.

They say you go through phases in life. Through dating, fashion, trends and so forth. Mine was automobiles. I would find a car I really liked, rent it regularly, then get tired of it.

Imagine actually buying a car I was in a phase with? No wonder why car ownership is a challenge…

To understand this "phase with automobiles" bit, let me go through my own history with the automobile.

First, there was the Oldsmobile Cutlass Ciera. One might not consider it a breakthrough, but it was for 1982. General Motors' A-Body showed the way of the future of the American mid-sized car. I got on the Ciera bus in 1985 and liked where the Merry Oldsmobile was going. It certainly was not my father's car, but it certainly fit my likes for the time. Then, it got old. I drove my last one in 1991. I have moved on to more modern machinery at that point.

Then came the Ford Taurus. I thought it elevated the American family car with its combination of comfortable interior and smaller size. I even contemplated buying one. That might have worked out, but the truth is that it would have been outmoded quickly. A revised, trimmer model for 1992 engaged me, but it felt too slick for my interest. Then, came the 1996 Ovioid. That ruined my love and admiration for the car that saved Ford's butt in the 1980s.

From Ford, I went to the Oldsmobile Cutlass Supreme. It showed that GM can make a midsized car that combined form and function, while pushing the boundaries of the class. It had a huge glass area that has not been replicated since. Just when things got interesting, Oldsmobile scaled back design for the Aurora-influenced Intrigue. Then, the rocket brand went away – like a flash.

In 2004, I arrived at the Twin Cities. I took the long way to get here – via Los Angeles, San Francisco, Washington and Madison. Once I arrived, I found success and income available to sustain a semblance of life. Yet, I refused to own a car. I'm certain it would have been cheaper to do so, except I lived in the highest insurance rate zones in the state – Minneapolis and St. Paul.

It was back to weekend rentals. Sometimes Metro Transit was sustainable. Sometimes not. Let along seeing gas prices scale up to levels never imagined before.

And, still, I wanted a big helping of automobile. A big, comfy machine that would sit five with ease, except there was always one behind the wheel. One that offered smooth power, even though it turned lackluster fuel economy figures. Still, it rode softly, smoothly, seat comfortably, provided adequate tunes and perhaps a bit of new technology.

What I ended up with a regular car to drive was what a sales manager at a local Chevrolet dealer in The Cities described is a "larger midsize sedan." He likened the car for "traditional Minnesota drivers." 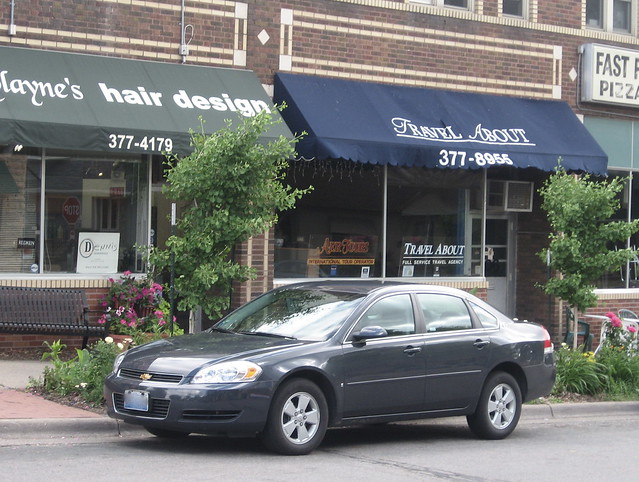 That car was the third-generation W-Body Chevrolet Impala.

In 2006, GM introduced what would be its lasting legacy in traditional, full-sized sedans. A the time, the Impala was just right for traditional, fleet and value-oriented consumers. It was front-drive, V6-powered, spacious, comfortable and equipped with come technology for safety. It was not as luxurious as today's Impala, but it did the job keeping things comfortable for everyone on board.

Over the years prior to the rebranding of Victory & Reseda, the Chevrolet Impala played a key role in being a balancing act to more exciting machinery. That is not to say that the 2006-2013 Impala was boring. As it continued to be produced, it became clear that the car would lose a lot of its top billing stature. They became all too common for rental car customers to drive off in one to their business appointments or family vacations. Rental customers would end up with one either new or second hand through GM's Certified Pre-Owned program.

But, what were they like when they were in my possession? In 2007, I admitted that I was a sucker for its looks. The Impala was a very handsomely styled sedan that is not aggressive or docile – practically far from bland for the time. 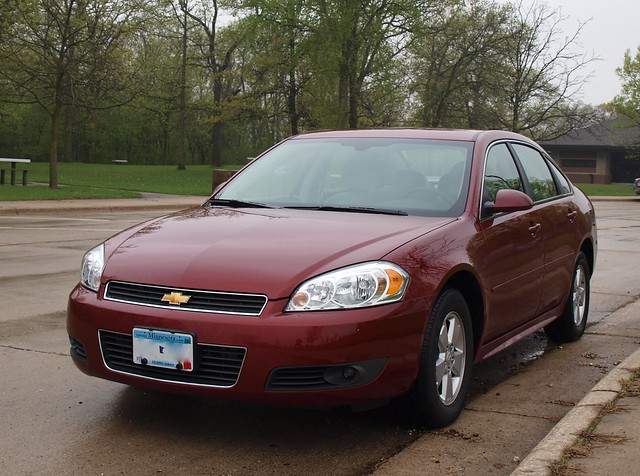 In the face of high fuel costs, many Impalas I encountered had the ability to take on E85 fuel, as well as regular gasoline. I found my fuel economy averages were all over the place – settling between 21.6 to 24.5 MPG. Almost every Impala I drove had the 3.5 liter V6 with a four-speed automatic. For that car, that was the bets way to go. I believe I had the larger 3.9 liter V6 once – which offered a substantial leap in performance. I never had the chance to drive the V8-powered SS, though.

Driving the Impala certainly did not inspire me to tackle some canyons – even though there were none in Minnesota to tackle. It offered a solid ride overall. While older Tauruses pitch on occasion, I liked the feeling of smoothness of the Impala much better than the waffling found on most cars in its class nj the late 2000s. Steering was decent, but leaves a large turning ratio behind. The problem was that the wheel was large and the steering rack was definitely on the vague side. On-center feel was a bit soft, which was par for the course for American cars of the era – except maybe a few Chrysler LX platform cars. Braking is nothing short of spot on with sharp stops. They did dive up front on panic situations, however.

I did have one major complaint about the 2006-2013 Chevrolet Impala. The interior was semi-inspiring. Not exactly bland, but not as fussy as today's Impala. The seats were indeed comfortable, but not supportive. In all, the seats were the kind that I'd like to sink my body into and drive for longer periods of time. The rear seat will accommodate two full-sized adults, even taller than me. And, yes, you can put a third person back there. 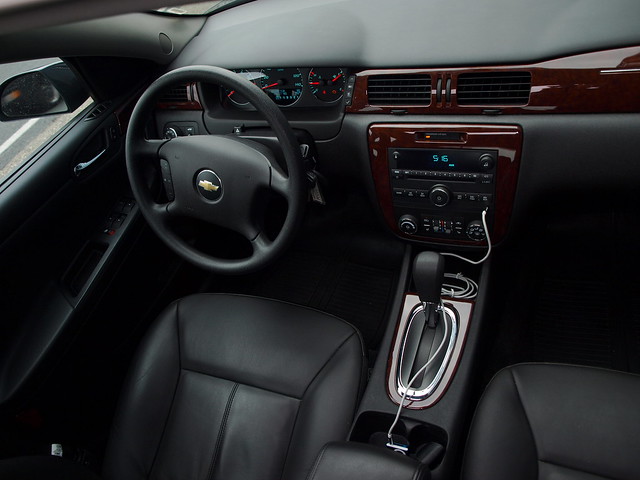 The complaint I had centered on the entire design of the driver's area. The instrument panel was typical 2000s GM design – disengaged, cheaply made not of the best materials around and semi-inspired controls. Half of the Impalas I drove back then had bench seats, which were on the wane at that time. Yet, I drove my share of Impalas with bucket seats and a wide console with a huge shifter on it. If one thing bothered me the most about Impalas equipped as such is the lack of shifter position identification. You had to look at the instrument cluster to see where you put the shifter.

Luckily, Impalas came with OnStar connectivity and SiriusXM radio. While the Impala was great for long journeys – and I took some epic trips in them – having those two functions on board made driving one more than tolerable. More so, was the 2000s era "information center" placed on the lower part of the speedometer. The information center was GM's way to simplifying the trip computer and monitoring vehicle functions. That was a life saver many times over, since a lot of cars back then did not have them. Now, you cannot live without them in today;s vehicles. The need for valuable information was indeed given a good shot in the arm by GM.

How do I sum up the years of driving the third-generation W-Body Chevrolet Impala? It was designed for both the "traditional" driver and everyone else. It was a stylistic option for the rest of us who love the size, comfort and the solid ride of the car. 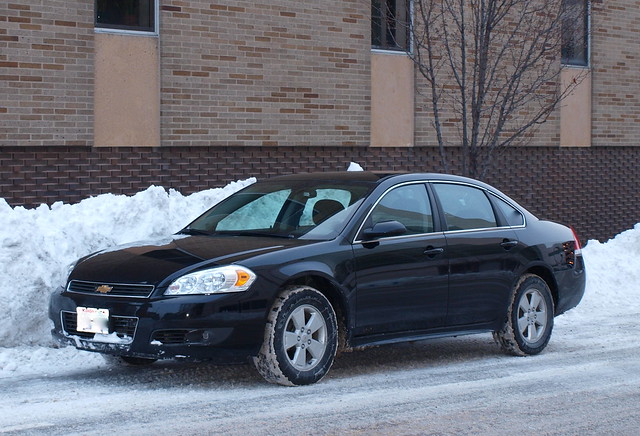 Perhaps it should be that way. There are many of these on the road today. If you happen to look for one and find a gem – buy it.

DISCLAIMER: Vehicles shown in this article were rented by Randy Stern

PRE-OWNED VEHICLE INFORMATION: Per a search on several car shopping sites, V&R found there were several 2006-2010 Chevrolet Impalas available between $1,700 and $11,000. Mileage and condition varies, but most were found with over 80,000 miles on the odometer, the highest being over 236,000 miles. Always have any vehicle inspected before purchase.