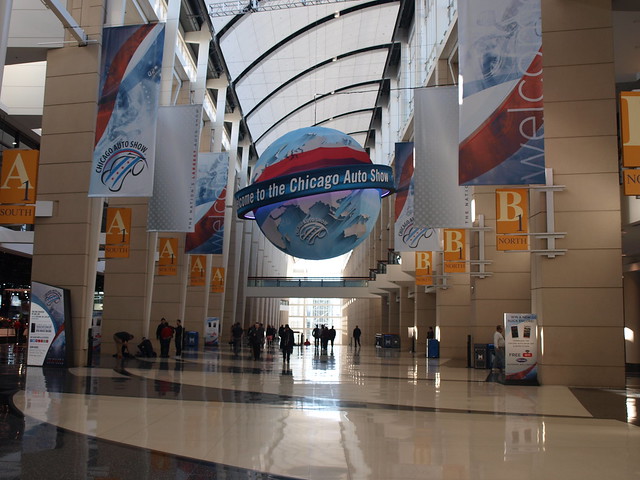 The Chicago Auto Show is almost here. This will be my seventh straight time I have been credentialed to work as a member of the automotive media. This will also be my ninth Chicago show I have worked since 2002. With the additional visit in 2008, this will make my tenth visit to McCormick Place in February overall.

Through all of these Chicago Auto Shows, I always have two agenda points to accomplish. One is to go over any vehicle of interest that debuted at the Los Angeles Auto Show and the North American International Auto Show. Second is to attend any press conferences for any manufacturer of interest.

As of going to press, press conferences being scheduled for Thursday, February 8 include Acura, Chevrolet, Chrysler, Dodge, Ford, Hyundai, Mitsubishi, MOPAR, Nissan, and Toyota. Subaru will also have a product unveiling in Chicago, as well.

As for the "catching up" part, there are quite a few new models to check out. From Volkswagen, there is the 2018 Tiguan and Atlas SUVs, along with the 2018 Ford Ecosport. The Kia Stinger GT is definitely on my list to "must see," along with the 2018 Lexus LS, 2018 Toyota Camry, 2018 Nissan Rogue Sport, Infiniti QX50 Concept, 2018 Chevrolet Traverse and 2018 Alfa Romeo Stelvio. This is just a partial list.

In contrast to past Chicago shows, I am planning on adding some more interactive coverage to the mix. For example, I have been working with Facebook Live as a way to do video journaling. If the signal and bandwidth is right, I will attempt to do the same from the show floor. Planned Live events will be broadcast live from the Victory & Reseda Facebook page. My plans is to do a live broadcasts from the Volkswagen stand for clubs/groups that V&R is associated with. Other live broadcast announcements will be made via the V&R Facebook page.

Get ready for another Chicago Auto Show!