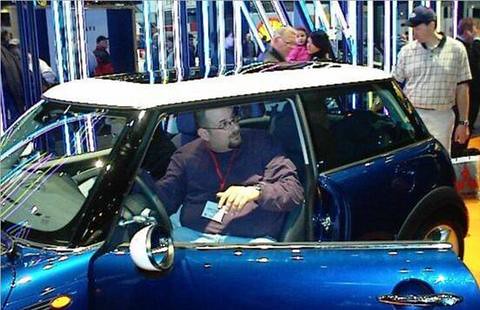 Stockard Channing had this monologue in the movie "Six Degrees of Separation" where she proclaims that her encounter with the young man who turns out not to be Sidney Portier’s son was “an experience” and it perceived to be "an anecdote" to her life. Now, I don’t know about all that, but I must say that my first foray into “serious journalism” back in 2002 was an experience nonetheless.

As I mentioned before, I love cars. Through the experience of reading the automotive enthusiast magazines, I entertained the idea of a possible career as a road test reviewer. To be able to drive some of the hottest cars on the market for 1,000 miles at a time and criticize its characteristics seemed like to be one of the coolest jobs on the planet.

Before I was asked to write and be the Managing Editor for a friend's culturally-specific website out of Chicago, I already dreamed of being an equal to the likes of L.J.K. Setright, Georg Kacher, Csaba Csere, David E. Davis and P.J. O'Rourke. Unfortunately, Mr. O'Rourke graduated to be being a right-wing, whining Baby Boomer pinhead with a successful portfolio of books – though he was quite funny at being so. Yet, unlike the late Mr. Setright, I could not ride the two-wheeled variety of vehicles he fancies alongside the Rolls-Royces, the Bristols and the Ferraris.

I wanted an opportunity to expand my journalistic world away from commenting on the Bear community. I love my brethren, but there's more to life than bar nights, "bear runs," sleep disorders and all other sundry benefits of being in a specific culture.

For this leap into "serious journalism," I picked the 101st Chicago Auto Show, which was held at the massive McCormick Place convention center south of The Loop. To make this work, I had an accomplice, Tom Wray, my publisher at the time. We ran around in our badges, took shots of concept cars, the latest productions vehicles and having Tom witness squeezing my large body into everything from the Chrysler Prowler to the rear seat of the Lincoln Town Car Cartier L. All of this with the intent on creating a main story piece relating the auto show experience for its intended readership.

What did I cover? It was love at first sight when I tried out the then-new MINI Cooper. With a couple of months before its first sale, the MINI garnered plenty of excitement that remains today. The future of my writing career continued to be intertwined with BMW's small British-built retro machine. The impact of this small car is a heartwarming story that still motivates me to write further on this subject. It is my hope that I will cover more MINI vehicles in 2017 – including the new Countryman.

Another vehicle I came in contact with was the Pontiac Vibe GT. This alternative to boring sedans and gas thirsty SUVs. Also a few months away from its first showroom delivery, I predicted that the new small crossover would be a hit with guys in our community, especially when going to community events of the time. The Vibe continued to sell until Pontiac's demise in 2010.

Perhaps the biggest heart-stopper was the new Mercedes-Benz C-Class coupe. The inexpensive hatchback, in relative Mercedes terms, was a throwback at a time in my undergrad life where my old 1991 Acura Integra ruled the Bay Area. Imagine a medium blue coupe flying through the Bay Bridge filled with my fellow Cal State Hayward classmates ready to party! The C-Class coupe was a mature version of the same thing, with notable differences. Sadly, the coupe did not survive the 2005 model year, despite the growth in small premium cars, such as the MINI Hardtop and its stablemates. 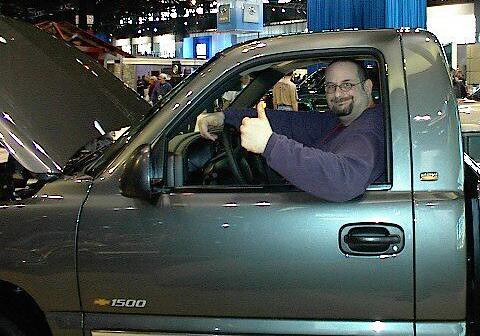 I was never known to be a "rugged" person back then. So, I climbed into a 2002 Chevrolet Silverado 1500 to prove a point. You look at the photo and just laugh! The reason the photo was taken because of the "butch” revision of the Silverado pickup infusing some of the Avalanche's design features. Today, I have no qualms working with pickup trucks – they have become a huge part of this work.

The experience was a fantastic one. Towards the end of our day at McCormick Place, Tom pointed out to me that since he has done events such as the Chicago Auto Show on a professional basis, I should relish the fact that this was indeed my first such media event. It was truly a dream come true. Yet, the dream did not stop there. Two years later, I attended the actual Media Days at the same auto show. That, my friends, was an amazing experience!

Fifteen years later, I am a regular among the media corps at the Chicago Auto Show. It has become a regular part of this work you read and support. In a few days, another round of Media Days begin. That first time is something i will always remember.