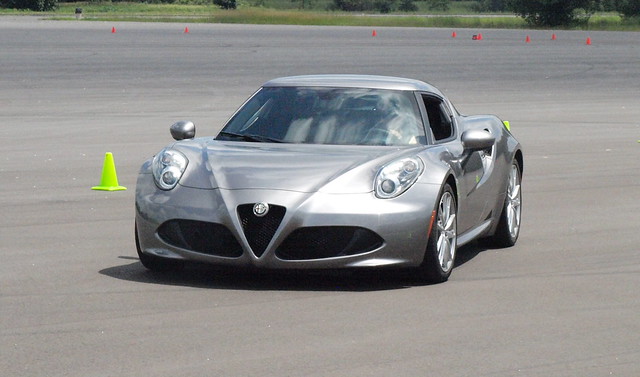 There are some perks in what I do.

For example, I was invited to come to Southeastern Michigan to attend Chrysler's annual "What's New" event. This is held at their Chelsea Proving Grounds, just west of Ann Arbor. This huge property is home to a lot of miles track, roadway, off-road and other fun surfaces to test out the latest by Fiat and Chrysler.

It is a huge event that only a privileged few – about 100 members of the media from around the world – are invited to attend. There are some things that cannot be discussed until a later date. What could be discussed is probably known prior to the event – or was introduced right there.

What did Chrysler do to keep me engaged at the Chelsea Proving Grounds?

The big headline was the introduction of the 2015 Ram ProMaster City. This Class 1 van is positioned right up against the Ford Transit Connect. Based on the Fiat Doblo van, the Turkish-made ProMaster City exudes plenty of qualities that match up against the Spanish-built Ford. The cabin is work-ready and comfortable for drivers and workmates. The roof is higher, which would benefit certain loads and upfitters. There is only one engine – the 2.4liter Tigershark Multiair II engine shared with the Jeep Cherokee, Dodge Dart and Chrysler 200 – with more than enough power to get the job done.

The Transit Connect is the leader in its class, but the ProMaster City offers a lot of arguments for its cause. The fact that I am talking about two Class 1 vans is a huge change in the wind in the commercial vehicle business. Businesses are taking a good look at the Transit Connect and ProMaster City as solutions in urban areas, as well as great starter vans for small businesses and non-profits. Tough call, but if the ProMaster City is priced right, Ford will have a tougher time wooing fleets in this class. This could be one heck of a fight for a groundbreaking commercial vehicle segment in this country.

There were a couple of vehicles worth talking about here. As I await the arrival of the 2015 Chrysler 200 for review, I got a chance to drive the third model of this lineup. Aside from the S and C models previously sampled, a four-cylinder Limited was available. This will be the volume seller, due to its price point and content. With cloth seats and the smaller UConnect infotainment screen, the Limited had to be driven – and how!

Compared to the previous model, the 200 Limited offers a very balance approach. By going with the 2.4liter Tigershark and the ZF-developed nine-speed automatic, the reasoning for the 200 Limited as the volume seller has to be a combination of the great attributes of the car with value-oriented features. The cloth seats are good, the instrumentation is superb and the overall package is fine. The four is well suited for the new 200 and has a bit of a hot streak when you find its sweet spot. On the proving grounds’ handling course, it wants to be a 200C aspiring to be a 200S – though simply doing its best to keep in the turns.

It helped to drive the four-cylinder 200 to get an idea of what the average customer will be able to experience. However, further credit goes to Chrysler to have options for the enthusiast looking for optimal V6 power and superb driving dynamics. I would argue that the average consumer would enjoy the 200 Limited with equal enthusiasm. 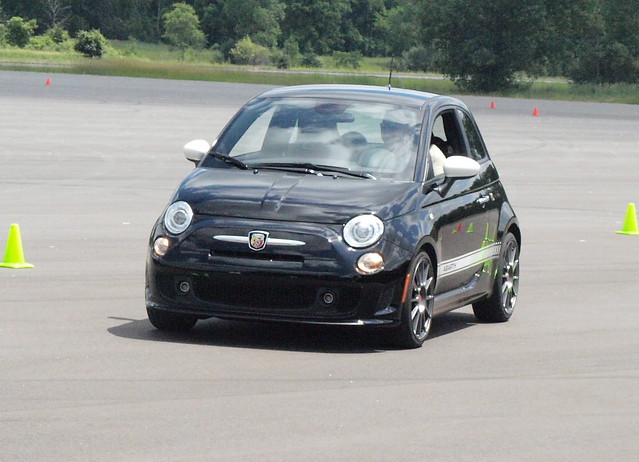 Secondly, the 2015 Fiat 500 Abarth will have a new option – a six-speed Aisin automatic transmission. Before anyone starts chanting "save the manuals," Fiat tuned the automatic to match, if not exceed, the power points of the five-speed clutch model. Engine tuning for the 1.4liter Multiair Abarth turbo is different: 157 horsepower and 183 pound-feet of torque for the automatic, compared to 160 horsepower and 170 pound-feet of torque with the manual.

Frankly, the numbers do not matter. Driving the automatic Abarth does. It is sensation. Better still, Fiat did not change a thing to the overall driving dynamics package. Even with the automatic, the Abarth is still a driving sensation with flat cornering and firm ride.

Just because it has a torque converter and six planetary gears does not diminish the Abarth's fun-to-kick-butt ratio. Besides, it is not just a North America exclusive. It will be available practically worldwide. This might change things.

There was one thing I wanted to accomplish at Chelsea. It was to drive the 2015 Alfa Romeo 4C. This not only signifies the return of the Milanese brand to North America. It gives us an attainable sub-$75,000 mid-engine sports car that is driver-centered. This is exactly what Alfa Romeo intended in its most hardcore model in decades.

It has headroom for people slightly taller than me. Yet, it is packed space, with the windshield cutting off above the eyes, the instrumentation below my sightline, a tight console area with only four buttons for the twin-clutch transmission and a 1,750cc turbocharged four cylinder right behind you.

To reiterate, it is a hardcore car. The handling is astounding. That exhaust noise is magnificent. The brakes are very powerful. However, it has manual steering. Believe me, it works in the 4C. The transmission is better tuned in manual mode than in automatic. That way, you play with the paddles better to get through the gears. Be careful if you try to shift and the transmission beeps back at you. It does have a mind of its own and it might not necessarily be correct.

There is where I have to stop. I have more tales to come. You may have to wait for those, but at least the most talked about items on the agenda are covered here. Besides, who cares about anything else when the Alfa Romeo 4C matters this most? 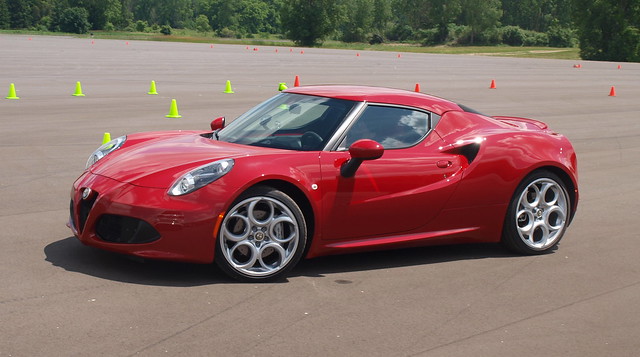 The 4C drive on the autocross course also had another meaning. The weekend prior to this media event, InCarNation held its Proving Grounds weekend at Brainerd International Raceway. One of InCarNation's key staffers, Brian O'Connor suffered a major injury from a fall at the event. He was hospitalized in intensive care due to the severity of his injuries. On Thursday morning – the day of the event at Chelsea – O'Connor passed away, as a result of these injuries.

I had the pleasure of meeting O'Connor and the InCarNation team at the Paul Walker Memorial Cruise last November at AutoMotorPlex in Chanhassen. Victory & Reseda dedicated the autocross lap in the Alfa Romeo 4C to O'Connor. V&R also express our condolences to O'Connor's family and to everyone at InCarNation. He will be missed amongst the carmmunity in the Twin Cities and greater Minnesota.