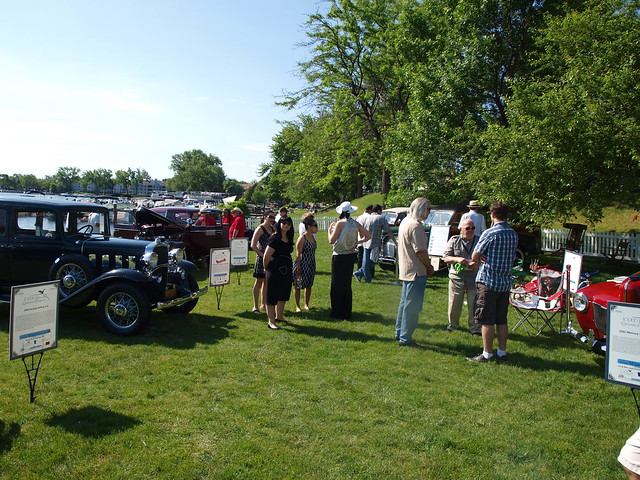 A beautiful day by the lake, a collection of classic machinery and a genteel atmosphere – what more could anyone ask for?

In its fourth year, the 10,000 Lakes Concours d'Elegance showcased another field of vehicular history in the city of Excelsior. The small city on the shores of Lake Minnetonka once again played host to a collection of classic and antique conveyances, including automobiles, boats and motorcycles. This charity event provided a showcase of the spectacular and the unforgettable. Nowhere on the automotive calendar in the state of Minnesota where you can find the breadth of machinery on display in one place.

As this event evolved and grew since its inception in 2013, so has the host community of Excelsior. Back then, the new library was finalizing its plans for construction. The former car dealership has yielded to a new shopping center anchored by an upscale grocery store chain. More restaurants and shops have opened up along its main street. As the city hosts more events, the response from the greater community beyond its boundaries has been resounding. No more is Excelsior a sleepy little town.

In addition to the 10,000 Lakes Concours d'Elegance, Excelsior and the south and west Lake Minnetonka areas have grown to be an automotive enthusiasts' hub. Perhaps it has always been there, but its prominence has grown exponentially thanks to the presence of the car community in that area.

Yet, this is no longer just a car event. Boats, motorcycles and military vehicles are now a part of the Concours. Specialized judging was added for these categories as expertise is needed to determine the best in each class. It might appear that there were less automobiles than before, but the reasoning behind adding these conveyances to the show was to ensure a uniqueness to the event with a focus on classic and vintage eras than just a single conveyance.

Still, the main attraction is the automobiles. Though the numbers may be smaller with the addition of other categories, the Concours is not about quantity. Rather it is the quality of vehicles on display. To that end, the committees are very selective as to what will be on display.

One of my aims when attending automotive events is to see something I have never seen before. I also want to see vehicles that I either rarely or have not seen in years – maybe decades. For example, there was an absolutely flawless 1956 Meteor Rideau Crown Victoria in a marvelous two-tone of white and blue. Do you know what a Meteor is? They are essentially Fords that were rebadged with distinctive grilles and trim through Canadian Mercury dealers. How many of us knew that? Would something like that draw your attention as you walked through Excelsior Commons on a beautiful Sunday afternoon? 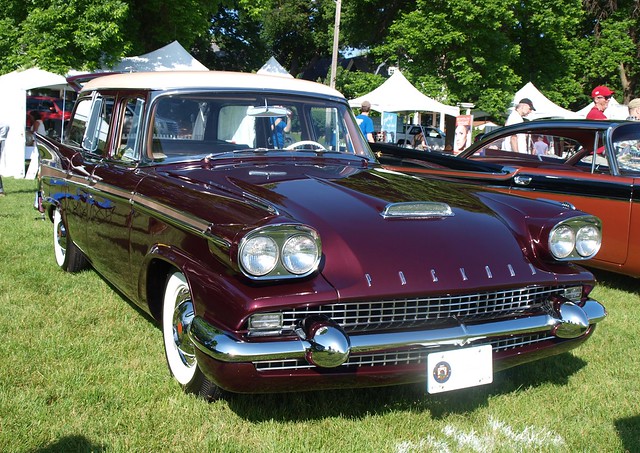 While the Concours featured Packards from the 1920s through the early 1950s, we have never seen one at the end of its long history. That year was 1958, a few years after its merger with Studebaker. In the end, Packards were large Studebakers with distinctive trim and front ends. There was a deep burgundy 1958 wagon on display. It was both beautiful and sad, as the distinctions that made a Packard what it was were simply diluted in its final shape. Though it was a beautiful machine, still it marked an end of an era. This is the kind of history we need to witness today.

I did see a theme that no one thought of consciously. At the Concours there were a total of four Lincoln Continentals on display – a 1940 convertible, a 1941 convertible, a 1941 coupe, a 1956 Mark II and a 1967 convertible. Along with other Lincolns on display, no one picked up the significance of the Continentals. We are months away from the return of the Lincoln Continental – perhaps the most significant product for the brand to establish its comeback. This is a historic tie that an automotive person would truly understand.

There was also a nod to local automotive history. If you saw the meek (and absolutely excellent) 1950 Ford Business Coupe, there was one piece of trivia one might not know unless you talked to its owner. That car was built at the Ford plant in St. Paul. Never mind the fact that it was the lowest priced car in the Ford lineup in 1950 or that it had an L-head in-line six while the ground-breaking (for 1932) flathead V8 was still being offered in higher models. (Ford historians will tell you that the flathead V8 was about to shelved forever a few years later.) Oh, and it only sat three people across, as the rear seating area was used for storage of salesmen’s examples or wares.

I am grateful for the 10,000 Lakes Concours d'Elegance selection committee to have the foresight to bring in vehicles that provoke memories and educate newer enthusiasts of our vehicular history. The intention was clear to engage with those interested in seeing the past in its purest form. Perhaps it took a year away from this event to confirm that these intentions were still in place, even with the addition of other conveyances on display.

Let me reiterate something there: the one thing this Concours is not going to be about is expansion. To create an intimate event, one must add value within its confines. The aim is to create intimacy with high value and prestige that reflects the history of the region. The Twin Cities and greater Minnesota is a consumer state that no longer produces its own conveyances. The Ford plant in St. Paul has shut down, though Polaris and Arctic Cat are headquartered in the state. Yet, this state loves its conveyances – not just automobiles. We have enthusiasts, collections, preservationists, historians and fans. We have a lot of events that celebrate these vehicles – including motorcycles and watercraft – across the state.

Yet, we are ignored by the coasts and beyond. Sure, the "Back to The 50s" draw thousands of vehicles and visitors to the State Fairgrounds every June and the Street Machine Summer Nationals are on a few calendars for July. But, how can we show the intimacy and uniqueness of the 10,000 Lakes Concours d'Elegance to the eyes of the top shelf enthusiast and fan, as visions of Amelia Island and Pebble Beach still dance in their psyche? 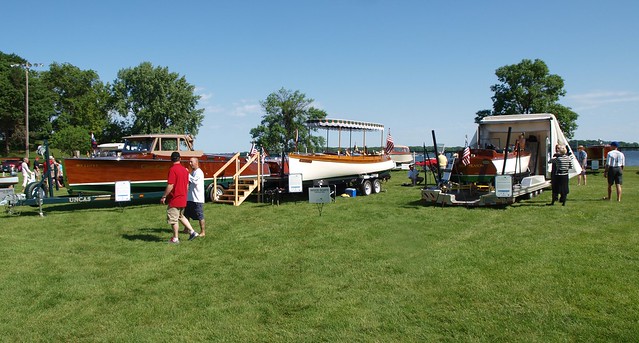 That is exactly it. There is no way you can grow the Concours beyond its venue. It cannot be grown. Everything the committee is doing is absolutely correct – establish high value with an intimate and beautiful location by dazzling our senses with beauty. It also helps to shake up the displays every year with different vehicles, too. The committee knows what to pick every year.

What also needs to happen is to draw more eyes to this event beyond the Lake Minnetonka area. Victory & Reseda has done its part at the beginning, but we only have a small audience compared to others that should be there. We need our regional daily newspapers on site. We need more than just WCCO radio there – beyond just sponsorship. We need more television coverage beyond out local outlets – perhaps directed channels, including Velocity/Discovery Networks. We need automotive outlets beyond our own region to engage an interested and willing audience towards these events.

Maybe we do not want the coverage from beyond our outlets. Still, the 10,000 Lakes Concours d'Elegance needs to at least engage deeper with the greater Twin Cities community to ensure its viability beyond this year. It will take more than just the committee and its communication partners to do so, as it is a monumental task. The rest of the task is already under way – to add even more value to a great event celebrating the finest of our vehicular history. It has to, as the Concours' fifth year is just around the corner.