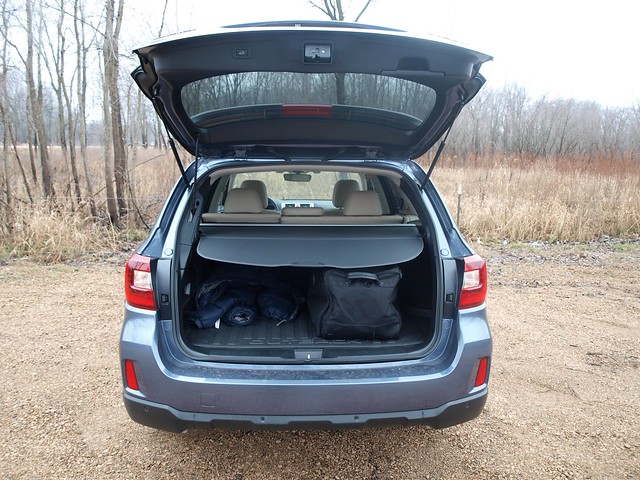 Your calendar is correct. It is December of 2016. However, I operate on a different cycle. OK, two…

One cycle is for the #VOTY, which began after I closed the nominations at the end of October. The first two vehicles seen on this site are already in consideration for #VOTY17. Yes, I do work that fast…

However, December 1 began a new Editorial Year. This date is important because the last month of the year is set for year’s first deadlines for one of my outlets – the one named "Magazine of The Year" by the Minnesota Magazine Publishers Association.

Starting a new Editorial Year means renewal. Renewal of the soul and of the mind. Cleansing of last year's low points and stress with hope for the next twelve months. With that said, I will not recap the year, as it will induce ill thoughts of what went wrong and who did what to induce poor health choices on my part that screwed up my 2016.

All I am looking forward to is the next twelve months. At this point, I am all about rebooting my workflow, while looking ahead to potential opportunities. It takes a hard look at reality to understand what challenges could be brought up in the time ahead. I am also hopeful for a successful year ahead, even in the face of potential geopolitical and economic challenges that might affect this work in the short and long term.

Still, I remain positive and welcoming of new opportunities. More travel would be nice. Already on the docket is the Chicago Auto Show in February. This will mark my tenth time attending the largest consumer-based auto show in North America – my ninth as a member of the automotive media. On top of that, I will be in Chicago in about a week for an overnight engagement. I also anticipate attending one of the events put on by the Midwest Automotive Media Association as a fulfillment of my upcoming membership renewal. I am certain I will be looking at travel opportunities to and beyond Chicago throughout this Editorial Year.

On the subject of travel, I want to expand further the idea of road trips and the inclusion of them in my stories. This is not just about weaving them in my write-ups, but of engaging my followers via social media through mainly Facebook and Instagram. I found success telling random stories photo mobile and DSLR photography by using both channels towards engagement and response.

But, "where to, next?" Driving remains an art onto itself and there's still more canvas to cover. Plus, what kind of additional context to add with these stories? Professional team sports still has a lingering interest as it had been a part of my life since childhood. I also like discovering new cultures and communities, connecting with new people in my life and maintaining old friendships that remains true.

With that said, I am definitely looking at driving destinations from the Twin Cities, such as Fargo, Grand Forks, the North Shore of Lake Superior along with the Iron Range and beyond. There is also Des Moines, Omaha, Kansas City, the Fox Valley/Green Bay and Milwaukee. I would also welcome fly-in destinations, as I consider the Pacific Northwest and around the Washington, DC area as possible locations. I may be missing a few places – some I have yet to visit. At this point, the door is open to the possibilities.

I am also wanting to expand on my social media presence through newer channels. Facebook Live seems to be a great way to show a visual while speaking into a smartphone. This might need some polishing, but I am actually seeing some benefit from using live steaming technology from a mobile device. There is also a new social site, called DriveTribe.com. I am curious as to how to utilize this new site/app on how it could expand V&R's footprint and to which direction such a channel would go.

The bottom line here is to maintain my emphasis on telling my own stories. Sometimes we read things that were prescribed by other entities and individuals. The job of a storyteller is to bear witness firsthand and interpret it for your eyes. If there is one part of this job I enjoy the most that will always challenge my soul, it is being a storyteller through text or images – moving or still.

However there is some unfinished business to tend to. I am carrying over one task from last month – the presentation of #VOTY16 to Volvo Car USA. Celebrating the return of #VOTY was indeed a huge uplift for this site.

Having a solid readership is also a part of what this site is all about. With that, I invite you to continue being a part of V&R and its endeavors in 2017. The ride should be smooth, but we can deal the bumpy parts when they come.