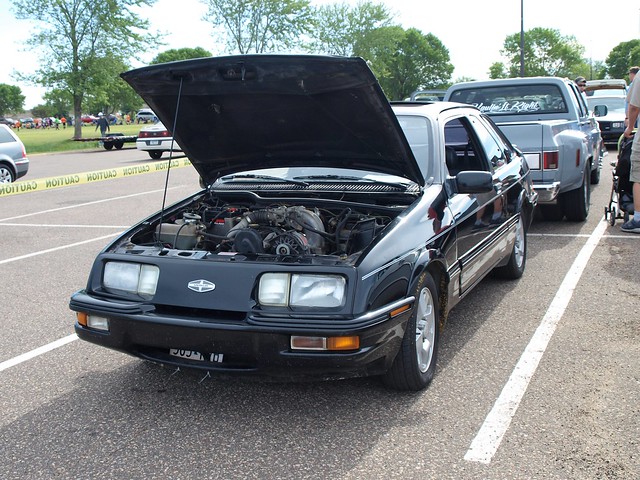 This weekend marked the first-ever "Back to The 80s" car show here in the Twin Cities. And, it was a good one!

Before I dive into the reasons for my summation of this new tradition in the Twin Cities and Upper Midwest a hearty "thank you" and "congratulations" are in order to those who have organized, volunteered, supported, participated and visited this inaugural event at the National Sports Center in Blaine, MN. It was a car event that was much needed in this community – celebrating a new wave of nostalgia that cannot be ignored.

Not that the 1980s have been ignored at all. It was a seminal time that helped lead the automotive industry out of a dark period in the USA, elevated the Japanese automakers, introduced Hyundai to the global stage and steered the European industry towards its current trajectory. It was an era of transition that also influenced culture, art, politics, social mobility, music and fashion.

On a personal note, the 1980s was very pivotal in my development as a human being. While struggling to settle my own personal truth, I saw growth and embraced as much of the culture around me. It was divergent in many ways, forming my musical tastes. It was also the time when I began driving and started to experience the latest of that era in forming an automotive mindset.

What I witnessed and experienced in the 1980s on an automotive and mobility scale formed the work you see today.

Walking around the show reminded me of one thing: I remember when every one of those vehicles were brand new. Not just the ones I have seen in prior engagements locally, but ones that I saw for the first time – vehicles that I knew existed, but were never encountered in that setting.

This event was produced by an enthusiastic group of Pontiac Fiero owners. Some say that the mid-engined, two-door plastic car was the symbol of everything right and wrong in the 1980s. The fact that they showed up in force was a point that should remind us that automotive enthusiasm is to be celebrated, not given a jaundiced eye to.

There is room for everyone to celebrate – owners of E30 3-Series BMWs, Buick Grand Nationals and GNXs and Nissan 300ZXs. There was…and it worked.

This brings up a very important point. With classic vehicle ownership and enthusiasm comes stewardship. It also comes with a drive to preserve and maintain the heirloom for future generations.

This is a problem that I saw a couple of years ago when I visited Minnesota's largest automotive event – the Minnesota Street Rod Association's “Back to The 50s” weekend. With around 13,000 vehicle participants on display the the state fairgrounds in St. Paul, a lot of its owners are at an age where the hobby will clearly outlive them. Some owners expressed their concern that once they pass on, they fear that their children would not be able to appreciate their love of their beloved vehicle to keep up the maintenance and preservation of it. 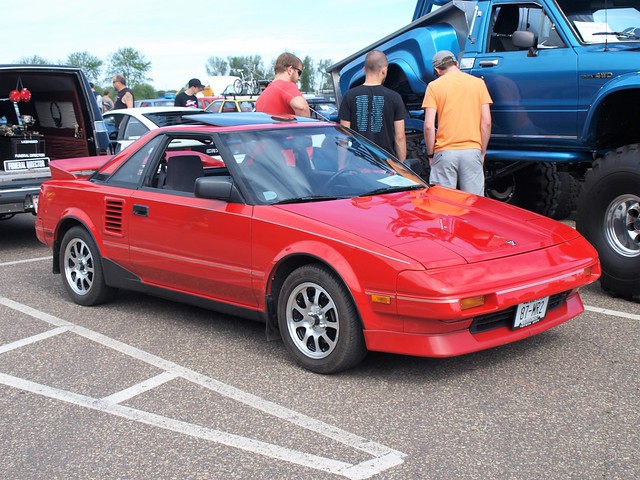 With younger generations – mine included – discovering these 1980s era vehicles as potential classics and projects, there is a better chance that this stewardship can be instilled on a deeper level. These vehicles are more accessible, as are the parts, maintenance and support for them. They are also accessible for those who appreciate their history to maintain their legacy onward.

Understand what stewardship means. It means everything mentioned above, including preservation. Stewardship also means engagement with other owners for support and the grueling task of maintaining that vehicle.

The good thing I see at "Back to The 80s" was the multi-generational love for these automobiles. There are many opportunities to not only be stewards to these vehicles, but to think about long-term ownership that will include passing it on to future generations and peers.

Collecting and preserving vehicles from the 1980s requires another form of stewardship – telling their stories. They may not be the stories based in absolute prosperity and postwar triumphs as their ancestors from the 1950s. But, these stories must be told just the same.

DeLoreans tell many stories – from its namesake founder to the path towards building them and their movie stardom. Ford's aerodynamic design is another story worth telling, as is the formation of the Acura brand, the execution of the production of the Fiero and the strange relationship between Enzo Ferrari and the success of his namesake road cars in contrast to his real passion for motorsports.

Stories, such as the growth the Japanese sports car and the arrival of Hyundai should also be told. Along with their enthusiasm and will to preserve their heritage for future generations. Furthermore, it means that the love for these recent classics is becoming something to witness and enjoy –
regardless of the generation of the owner. It is not just a car you found on the cheap, but, rather, a car that has a deeper meaning to owners, enthusiasts and ones who love the era. There is a lot more of the latter than you think these days!

The first "Back to The 80s" looked like a huge success. The challenge is on for a sequel. How can you top the first one? First, reach out to those who said "I wished I was there" on their social media. Secondly, find a venue that won't yield a lot of complaints from others. Thirdly, tap into resources that foster enthusiasm for the recent past – Morrie's Heritage Car Collection, for example. Lastly, foster the ideals of stewardship among those who participate, support and spectate at the event.

The last point should be the long term goal for anyone who found their dream 1980s car. The next generation should be able to enjoy and celebrate these wonderful machines – flawed or not – for eternity. At least, that is my hope…as a high school/college kid from the 1980s.