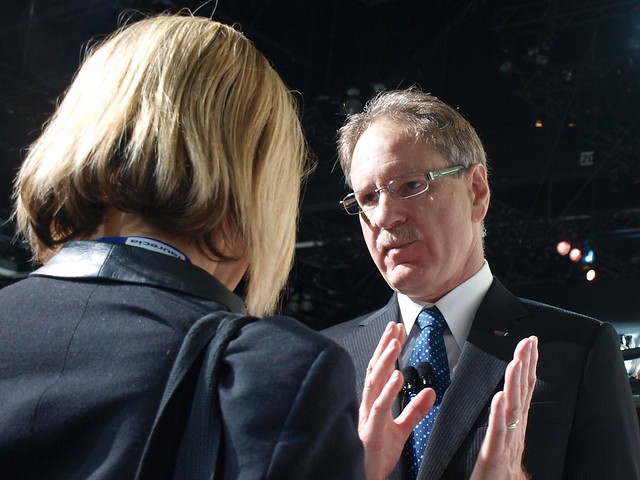 It is true…Johan De Nysschen is out at Cadillac!

This past week, General Motors made a very important decision regarding the future of Cadillac. They essentially replaced De Nysschen with Steve Carlisle, who ran GM Canada until recently. Reports cite that this personnel move was due to slow sales in the USA and the prolonged rollout of new crossover/SUV product.

If it was only that simple.

There has to be more to the story. What we speculate compared to the reality of a press release and unidentified sources may lead us down a rabbit hole that lacks focus as to the real issues behind the personnel move.

It would be easy to point out what De Nysschen did at Audi and Infiniti to see what he did at Cadillac. He moved the brand’s management from Detroit to New York, while creating a naming convention designed to placate the Chinese market. In turn, it would backfire by turning off American consumers to its products.

Remember that De Nysschen did similar moves Infiniti. Well…it sort of worked. At Cadillac, De Nysschen's failures go beyond just a vehicle naming convention. The difference between Audi, Infiniti, and Cadillac is history. There is a legacy that earned the phrase "standard of the world" at Cadillac. That legacy was ignored by De Nysschen and his staff. The Cadillac we got under his management was not the Cadillac that was once the finest luxury car in America since the beginning of the last century.

Then again, losing the mojo of "standard of the world" was already in place before De Nysschen's arrival. This obsession towards global relevance almost worked with the Art&Science design language, but the quality that did match its advanced design. Some would point out that the 1985 DeVille/Fleetwood was responsible for Cadillac's downward spiral because of its conversion to a transverse-mounted, front-drive platform. These were just two points on the timeline map.

We could also go back to the OPEC Oil Crisis in the 1970s. Though, I would argue that the downsized 1977 Cadillacs did save the division and made it competitive against the Mercedes-Benz W116 S-Class. This would be an argument refuted by the growth of the nouveau riche and its appetite for anything "foreign."

Yet, I would look back at the downsized Cadillacs of the 1970s and 1980s as a point of reference. They represent a time when Cadillac offered a distinct form of luxury that dates back to its earliest years. Once they dabbled with other design and engineering experiments, such as the neo-classical 1980 Seville, the complete switch to transverse-mounted, front-drive platforms, the Cimarron, the Allante, and the Catera, one wondered if the "standard of the world" may have become irrelevant. If you look at how the luxury car market turned out from 1990 with the advent of Lexus, it was plain to see how Cadillac had abandoned its original mission of producing distinct luxury products for chasing some form of design, engineering, and marketing strategy as some futile attempt to keep the division/brand out front in this country while widening its focus towards global leadership.

This is exactly what happened. This is why Cadillac is no longer relevant. De Nysschen certainly did not help matters towards returning Cadillac to its former mantle as "standard of the world." He took Art&Science and massaged it for markets that might accept Cadillac based on only its heritage.

Could this be reversed under Steve Carlisle? One would hope so, but the results from the outgoing leadership are coming online. As some pointed out at the New York International Auto Show a few weeks ago that the XT4 compact premium SUV could be "too late" for a Cadillac renaissance of sorts.

Spy shots of the XT6 are surfacing already. This three-row SUV may signal the "too late" alarm. Or maybe. It depends on the work Carlisle and his team may have to do before its debut by 2020.

If I could interject here, I have a few thoughts on how to return Cadillac to relevance, at least in North America. Since the SUV lineup is filling out – including the Escalade – you have no choice but to add volume and entice a market already settled on family transport as their future vehicle. A four SUV lineup may work, especially when all four products should touch key rivals in the premium segment.

One thing did pop up among customers and enthusiasts when discussing Cadillac’s future – the naming convention. The consensus shows that Cadillac would be best served by returning actual names to their lineup. With Lincoln finding some success with returning names to vehicles, there is something to be said for such a move at Cadillac.

Is there an essence of a car called CT6? What if they renamed it something like Eldorado or Fleetwood? Would you buy it?

The point of this example is that the CT6 is a superb car when specified properly. The new CT6-V received a lot of positive press out of the New York Auto Show. What if that is called the Eldorado V or the Fleetwood V? Just a thought…

The point of discussion vehicle naming conventions is not exactly a critical point, but it should be a conversation Carlisle and his team should have either in New York or Detroit. There are also other points of discussion that must be addressed in the meantime. All of which should be centered on one thing: increasing sales.

One thing I hope Carlisle and his team will do is to revisit the concept of "standard of the world." This is a concept that was lost in translation under De Nysschen. Once Cadillac and General Motors can figure it out, then perhaps they will return to prominence ion the luxury car market. For now, they have a very hard climb to get back to a position of relevance and prominence.