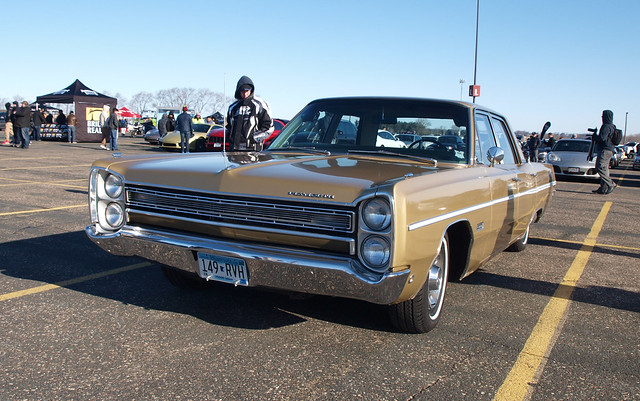 It was Saturday. We had significant snowfall through the week, but it enabled a brief gap of recovery for the Twins home opener.

It was sunny, which was great. At 8:00 AM that Saturday morning, the air temperature was +12 degrees Fahrenheit.

Yet, the crowds did come. They brought their best, including trucks and SUVs. Our friend Shane Sienko, brought his Toyota 4Runner "burrito" in the Ivan "Iron Man" Stewart tribute livery and parked it on a snow bank. Other 4Runners and Jeep Wranglers joined him on the same big snow bank. There were plenty of American muscle – Mopars and Fords – that came out in force in the sub-freezing air. Volkswagens, BMWs, Mercedes-Benzes, Audis, and a slew of Japanese sports compacts joined in the fray to fill a chunk of the showground.

Not to belabor the point, but it is not customary to have a large car meet at temperatures below a certain level. Tyler and Luis threw away the memo. They brought an enclosed trailer and Tyler parked his Challenger SRT Hellcat on a nearby field of snow and ice. At least he has dressed accordingly.

As were the photographers, enthusiasts, fans, and public safety professionals. I did, too. Though you did not recognize me with my balaclava on my head and face. That can handle subzero temperatures, folks!

The summary is simple. By virtue of our act of defiance against nature, climate change, and good old Minnesota norms – car season is now open!

Over the years, I have acquiesced to a life where winter is an offseason for automotive enthusiasts. Yet, I have always been challenged by those who think there is a purpose for enthusiasm through the cold, snow, and ice. That is why some have winter beaters and other cars they can use on frozen lakes and tracks. This is also why they’ll get winter tires for their beater and their everyday vehicle.

There is a flip side to winter automotive enthusiasm – the long wait until car season. This winter received an extension that knocked on the door of MN C&C. The local news stations got the message from most of us in the region. We simply had enough of snow and temperatures. We took to social media to reminisce about those days of at least a year ago when the air was warmer and we did more things that were able to. 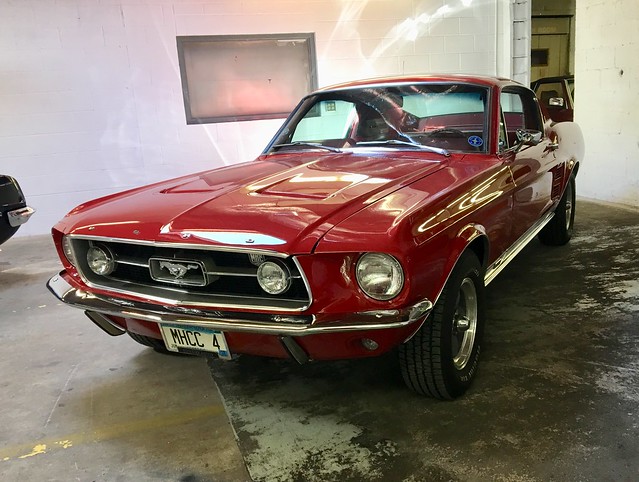 Minnesotans can be a defiant bunch. That was demonstrated on Saturday morning. That continued with an indoor event – the open house of Morrie's Heritage Car Connection.

In an age where car sharing is being superseded by subscription services, there are places such as MHCC that enable its members to rent cars from their past. Would you like to experience the beauty of a Porsche 930 Turbo? Or, run in a 1967 Ford Mustang fastback? Or, celebrate your wedding in a 1965 Lincoln Continental convertible – replete with suicide doors?

However, they tucked away four really special and historic vehicles. There were four classic Hondas in their collection. The 1979 Accord sedan, fourth-gen Honda Civic 4WD wagon, the 1990/91 Honda Accord sedan, and first-gen Honda Civic wagon represented a different angle for Morrie's Automotive and its growing enterprise of automotive retail and services. I have to admit my glee was on a very high level upon witnessing these four rides from my younger days.

A side note: If I did not get that 1991 Acura Integra RS coupe, I would have purchased either a 1991 Honda Civic DX hatchback or a 1991 Honda Accord sedan or two-door. Talk about facing your past!

There are a few places like MHCC around the country. However, having access to MHCC should tell you how deep this automotive market and community truly is.

It is also a reflection of where the next several months are heading for this local community. It will be robust, but there will be a mix of quality of events, participants, and spectators.

This is why you will not see me at a lot of events throughout the year. There's work, obligations to my role on the board of the local region of the Lambda Car Club International, work…and work. You get the idea!

I did my time in being around a lot of the local car community to see the machinations of how things work, who to align with or not. I have seen my share of drama, levels of competence, self-promotion, and comfort. Right now, I feel that I am better off doing what I do best and stick to it.

So, what I do to fill the time? I'll figure that out. But, don’t let me spoil your car season fun. If you can, get out there. Get your ride clean. See what’s going on around you, nearby, and along the way. Enjoy your car season!