Quick: Name the largest car show in the USA?

Tough one, isn't it? Consider this: This show had a record of over 13,000 cars in one spot a couple of years ago.

Still guessing? Here is a clue: It is held in the Twin Cities.

In is forty-second year, the Minnesota Street Rod Association hosted the largest car show in the country inside of the Minnesota State Fairgrounds. It is called "Back to The 50s" and it is an annual "can't miss" event for the car lover.

Having been there last year, I was on the fence about going. There was a media event I needed to attend at the Mall of America and I was concerned that I would not be able to do both in one day. Somehow, miracles do exist and this one was pulled off nicely. To return to the Fairgrounds to see these wonderful classics again is a treat.

This time, I left happily fulfilled.

When I attend events with classic cars, I do appreciate the work put into some of these cars by their owners. The attention to detail crafted onto these custom cars, hot rods, restomods and rat rods showcase a tradition of individualizing a classic into something truly unique. The work on two 1937 Packards might have ruffled an aficionado or two of the old luxury car marque. However, these two custom jobs were extraordinary to put a modern spin on these fine machines, while maintaining the greatest trademarks of this car. There may be a Chevrolet engine behind the radiator, but that grille in front of it remains as the calling card for one of the greatest luxury cars prior to the start of World War II.

What gets my attention the most are cars from the post-war era with mostly original bodywork and interiors. They range from the clean, mostly restored examples to some that are still running, but need a lot of restoration work. These fine examples remind me of my childhood, where the 1964 Chevrolet full-sized lineup continued to remain in duty for their owners years after being purchased new. Of special attention were the orphan brands – Nash, Studebaker, Pontiac, Plymouth, Mercury, and others – that offer their own story to tell. Among them were four Edsels, which provided an opportunity to explain why they existed when they did…and why they failed.

One could go through each of the 11,000-plus cars that were on display throughout the fairgrounds. I might have seen probably half of them…maybe more. Yet, there was something that was bugging me even as I toured the grounds

The week before the event, a colleague from the car community invited me to visit the monthly meeting of MRSA through a contact he made with the organization. It was an interesting meeting, but not without some context. A discussion with a member of the MSRA yielded the fact that a lot of its membership are well into the Baby Boomer generation. With an older membership, there is a concern that these wonderful classics might not be preserved when they bequeath these treasures to their families. Rather, these cars would be sold off at depreciating prices, counter to the collector's market. 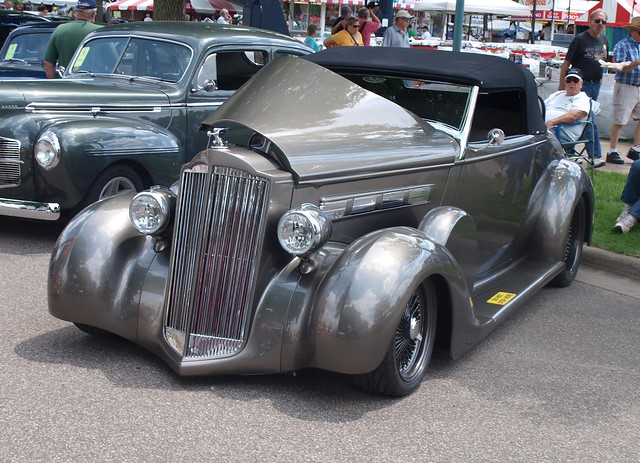 During the event, I had a several more discussions on this very topic. They yielded mixed responses. One train of thought was optimistic based on the fact that families come to this show to support both the vehicle and its owner. These families understand the importance of keeping the legacy of classic car ownership for generations to enjoy.

Another set of responses were not so optimistic. The concern was based on current trends, where Generation-Y and Millennials have gone towards modifying cars within the past twenty-five years, embracing such vehicles such as the Mitsubishi Lancer Evolution, Subaru WRX and the current Dodge Challenger, to name a few. Of these people, I asked about MSRA's youth group, the Ignitors. It appeared that they were unaware that the group has continued or not. They were also dismissive that younger members of MSRA might not be as interested in the older cars than the rest of the group.

The truth is that the Ignitors appear to be active, based on the fact that their Facebook page is still up and running. Furthermore, it is groups, such as the Ignitors that need to facilitate the continued stewardship of these classics for their generation and beyond.

The responsibility for the stewardship of these classics should not be the providence of a car club. A car club could act as consult, if the knowledge base is available for those dealing with vehicle inheritance. The ultimate responsibility must fall with the family in determining the future of the ownership of their classic car.

However, it is safe to say from observation that you will see a split in stewardship within the families and their classic cars. My hope would be for more families to take on the responsibility of continuing the love for the classics as an heirloom for generations to enjoy for the decades to come.

Why advocate this? If these classics end up back on the market, it could affect classic car values. There is no analytical proof this will happen, but there is definitely the potential of a fluctuation in values on various classics cars. When rare automobiles become commonplace on auction blocks and private sales, you can definitely expect a drop in values of that particular model.

By keeping a classic in the family, the value of the vehicle will continue to strengthen. This is not just centered on the monetary value of the vehicle, but of the emotional value that goes back to its last owner. Perhaps that value will include the story of the car while in his or her care – the places it has gone, the shows it attended, the awards it has won, and so forth.

This is one of the reasons why we celebrate our automotive heritage. This is also the reason that events, such as "Back to The 50s," will spark conversations on how to foster the stewardship of this heritage for generations to come.