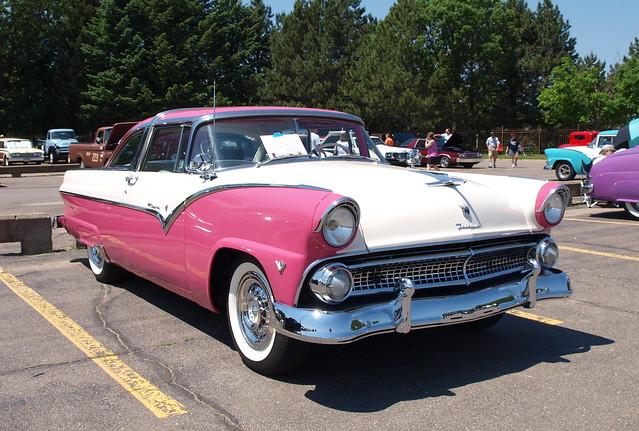 I remember a time when colors mattered in a car. We had so many to choose from with our American product lines – many hues of blue, green, red and even some wilder colors. A small number of vehicles and products still offer this kind of choice today, but it will cost you a royal sum to get that color and the vehicle that comes in that paint selection.

Yet, one could drive out of the dealership in a beautiful, shimmering shade of turquoise or a rich shade of forest green without spending a ton of money. Before I was born, two-tones were in vogue and the color combinations were just spectacular. A customer is shown the difference between pink and coral, which can be combined with white or black…or any other color. That was the beauty of the automobiles of the past.

Today is a different story. It is definitely not as exciting as it once was. It has been quite an interesting trend that has developed over the past decade or so.

I talked about the impact on colors in terms of sales six years ago on here. The trends pointed out in the original article continues today. Silver still dominates the market, in both retail and commercial markets, as does the entire black-to-white spectrum of hues. These colors are simple to make for the most part and do not require much thought. It is especially true in the commercial/fleet segments of this market.

That precludes the idea that other colors do not exist. On the contrary, they do. On high-end vehicles, you can get the right color tone, matching with the right color of upholstery, carpet, trim, stitching and so forth. You do pay for that privilege, which does separate those who seek individuality over mainstream consumers.

On the other hand, there are those who dare to entice customers with specific hues. Fiat Chrysler Automobiles does this in spectacular fashion with their Heritage colors on the Dodge Charger and Challenger. This ideal carries on into the Jeep brand – the Wrangler, Renegade and Cherokee, to be specific – along with the Fiat 500 and 500X.

A car, truck and SUV is offered an average of seven colors for each model. Looking back, I do recall a time when a single Honda model was available in just four colors. Honda now offers a wider selection than before, which helps in stirring interest with the brand for specific colors over the usual run-of-the-mill hues.

The idea of color has not been lost on this old man. There is a bit of that kid of the 1970s that welcomes a vehicle I would be working with in a color that dazzles my eye. I enjoyed the deeper, richer reds on several vehicles I worked with. It harkens back to when "burgundy" denoted a very luxurious car – such as a 1975 Oldsmobile Ninety-Eight. Even perfect when the interior color matches the exterior paint – in crushed velour.

Jeep's Omaha Orange is a great color and one that is perfect for areas where the foliage is thick. It is the same idea when hunters wear orange to identify themselves – the need to visibility between them and everything else. Toyota came out with a Black Currant Metallic for its RAV4 SUV last year. It is a very rich color that exudes a high style and class, even at an affordable price tag. 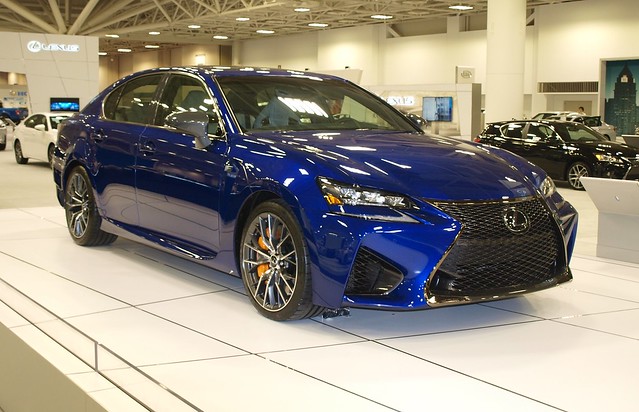 There is one color that does it for me more than any other. That color is blue.

No surprise, if you happen to know me. It is my favorite color since I was a child. It still is. It's quite simple, really, when you see that I mostly wear blue. The sports teams I root for wear blue. When I redo my bed later this year – I could change the sheets and comforter to blue. The color is that deep in my roots and overall psyche.

There is thing that draws me to the color blue. It can be an expressive color – especially on an automobile. For example, the Ultrasonic Blue seen on several Lexus models is such an expressive hue. It really sets off the cars that wears its paint job on – the IS, RC and GS. The Toyota RAV4 comes in an Electric Storm Blue, which is a color that makes the compact crossover stand out no matter which trim level is selected. It looks superb on the RAV4 Hybrid, too.

There are many automobiles that wear the color blue in fine fashion. The Miami Blue on the Porsche 911 sets the icon apart from all others on the road – and track. Porsche also offers a Graphite Blue and a Sapphire Blue that also gives the 911 a personality that has two tires inside its heritage and the other two with the owner's soul.

I also enjoy a few of Ford's blues – the Lightning Blue seen on the Escape and Fusion, the Grabber Blue seen on the current Mustang, the Kona Blue seen on mainstream Focus models and the signature Nitrous Blue on the Focus ST. It circles back to the idea that Ford knows how to exude its color palette for its icons, as well as its big volume sellers – including the F-150 pickup.

The basis of these examples is in the response to a color. It is not because of the main color being a favorite, but rather how that hue or tone provokes a response in my mind.

How do you respond to colors? I know the responses you have given. We know that silver denotes “boring,” as does gray and beige. White and black could be considered hot or cool – depending on the vehicle wearing the color. When we look at more extreme shades of color, the opinions become more polarizing. It makes me wonder whether we should talking about the color more than the vehicle, rather than having the opposite conversation.

As consumers, enthusiasts, industry and media professionals, the discussion about color seems to take a front seat to anything else regarding the vehicle. It is perhaps we are a visual people. We respond quickly to the exterior of the vehicle than we do the entire package. Maybe we have been like this all along? It is indeed part and parcel to the public's perception of the automobile.

I could be fine with that – especially when it is blue.