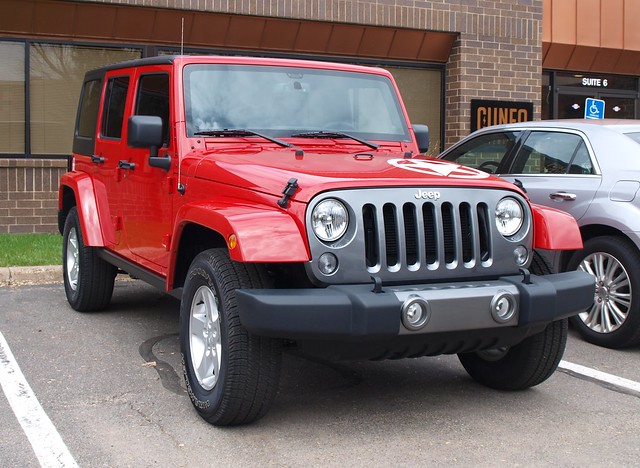 I hate to say this…it's my gut feeling…but…"here we go again!"

If you have followed the latest news from Auburn Hills, Sergio Marchionne is putting parts of Fiat Chrysler Automobiles on the block. This time, these potential buyers are coming from China.

Let us stop here for a moment. FCA has been through many hands since the 1990s. Fiat Auto S.p.A. Was a family business – the Agnellis, to be specific. Through acquisition towards being a conglomerate, it was the base of business in Italy, rivaling Pirelli, Olivetti, Agip and other well-known businesses in the country.

On the Chrysler side of the house, it, too, had been through many hands and had its own run of acquisitions along the way. From an independent Chrysler, came the so-called "merger of equals" with Daimler AG. Then, Cerebus took 80.1 percent under its private equity portfolio prior to the financial crisis of 2008.

The combination of both Fiat and Chrysler into one seemed like a good idea. Heck, having Sergio Marchionne run the entire business was also a good idea at the time. Like all good ideas, there were pratfalls that would challenge the overall sustainability of the enterprise.

Just like all good stories, it started out as a vague report. The rumor of a Chinese automaker looking to buy FCA or parts of it already garnered a few stunned faces and sparked plenty of debates. You also had some Chinese companies saying that they were not interested in buying FCA, eliminating the suspects of the potential suitor for the Italian-American-Dutch business.

The latest we heard as a potential suitor is a company called Great Wall Motors out of Baoding in Hebei province. Great Wall's specialty is in trucks and SUVs for the Chinese market. In recent years, Great Wall and Haval products were exported to Australia, plus select markets in Europe, Asia, Africa and Latin America.

What Great Wall Motors wants is not the entire business. They want Jeep. It is a brand that is desirable due to its history, legacy, and image.

Of course, Jeep would be a prized possession of any hungry automaker. It always had been the case for its entire history. When Willys-Overland got the primary contract to build the military version of this famed SUV for the allied forces of World War II, Ford simply built additional units to help with the cause of global peace. Who was to say that Ford had the idea of keeping Jeep for themselves after the war ended?

Willy-Overland was soon bought by Kaiser Motors, then to American Motors, in part by Renault, and, finally, to Lee Iacocca's Chrysler Corporation. If you asked Daimler AG, Cerebus and Fiat why they got into Chrysler – they'll tell you that it was all about Jeep.

But…how do you just take Jeep? Under Marchionne, there had been some collaboration with Fiat for Jeep's global products – the Cherokee, the Renegade and the newest Compass. There has already been an investment in engineering, design, and technology for these three Jeep products towards development and production. Plus, the current Grand Cherokee still has some old Daimler engineering bits left in the old warhorse.

If you are a truck/SUV specialists, do you simply take Jeep and let the rest of FCA wither away? This is where it gets complicated. First of all, it depends on what Great Wall wants from FCA. Can they afford to take it all? Not so sure. It becomes quite a hefty purchase for someone to take a legacy manufacturer with heavy global operations and multiple brands. Therefore, it seems smart for Great Wall – or another suitor – to take a piece of the enterprise.

Consider these scenarios. One, Great Wall takes Jeep – and that's all they'll take. It might not be ideal for Sergio Marchionne to even sign off on this deal without considering the complications based on cooperative engineering and product development with the aforementioned three Jeep vehicles. The drawback would be the lengthy negotiations pertaining to intellectual property and engineering patents.

Second is that Great Wall also takes another FCA unit under their management. The most likely such unit would be Ram Trucks. In North America alone, Ram Trucks have positive equity as a potential addition to any new automotive firm. This would also be a superb addition to Great Wall's overall portfolio with a foot given onto one of the biggest market segments in the world. Yet, Ram Trucks also have an issue with its portfolio – the rebadged Fiat Professional vans. If Ram Trucks become part of the Great Wall deal, we may have to say "good-bye" to the ProMaster and ProMaster City.

There could also be the option for Great Wall to take all of FCA. The entire FCA portfolio is lucrative, but also volatile. Fiat's portfolio alone runs in multiple strains, broken down by their respective markets. Fiat's Latin American lineup is not the same as the European lineup…and so forth. A new owner would have an easy time with Alfa Romeo and Maserati since both represent a true heritage that is part of the Italian car scene. One would hope those two would possibly be grouped with the IPO-driven Ferrari. Then, there's Chrysler and Dodge. You see where it might get complicated to either point to the closure of those brands or a redefinition for the North American market only – which is about the same as it is right now.

The question needs to be repeated: What would Great Wall or any suitor for FCA do with this global mass?

One concern regarding such any transaction would be a huge one. A year ago, President Donald Trump campaigned on the idea of American business being American and that products that were developed and designed in this country should be made here. The President's view is not just based on restructuring the North American Free Trade Agreement to placate this philosophy, but also to challenge other trade agreements with major national partners. One such partner is China. Considering other global issues at present, things are a bit sensitive in USA-China relations right now.

There is a positive point to be made here regarding this potential acquisition and its impacts. We simply cannot knock the Chinese for how they have run their acquired companies from other nations. Geely's management of Volvo Cars is one where they gave a lot of autonomy and leeway to the Swedish management to develop Volvo's latest products. The result has been remarkable with increased sales and a new image for Volvo.

But, this is all jumping the gun. Who knows what deal Marchionne will have? The fact that we're talking about this – again – is why we either care for Fiat Chrysler Automobiles and its brands. Or, rather, hope for a more sinister conclusion to the company. I sincerely hope that we consider the former than the latter.