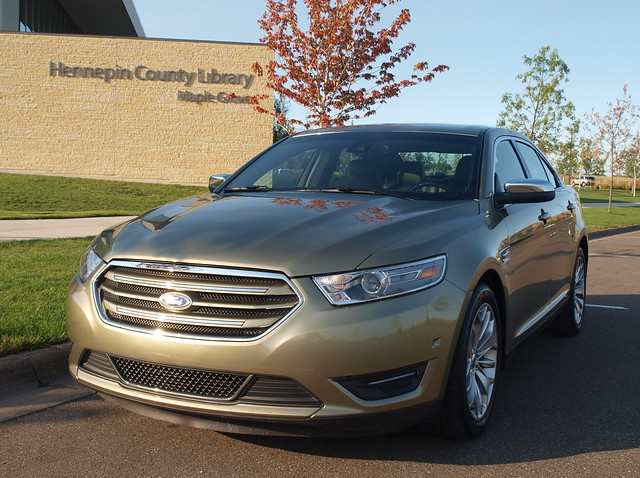 Let me explain…this has been in the rumor mill and in open discussion for years. Now, all reliable sources have confirmed it.

Ford will be reducing its North American lineup by the elimination of three distinct car lines in segments where they experienced the greatest losses.

How did they come to this conclusion? It is based on fact – sedan and hatchback sales are falling. SUVs are replacing sales of these models on an almost one-to-one basis. In fact, March 2018 sales at Ford saw a 7.5% jump in total SUV sales over the same period in 2017. Meanwhile, Ford cars were down -8.1% in the same sales period. Translation: if someone wants a Fusion, they’ll get an Escape or Edge instead.

What I found ironic is that Ford announced this move during their 2018 first quarter financials conference call with its president and CEO Jim Hackett. While Hackett and company announced a net revenue of $1.7 Billion, you would think there is good news to be shared on the product front.

If you want a greater picture of why these sedans and hatchbacks are being phased out soon, read further in the earnings press release. According to that document, Ford states that "by 2020, almost 90 percent of the Ford portfolio in North America will be trucks, utilities, and commercial vehicles."

This comes as no surprise since the North American market is married to the SUV and pickup truck. Mere sedans offer a challenge to those who no longer wish to "step down" to drive. Plus, these same customers want more interior space and usefulness. There are many arguments on various sides of this trend.

In further explanation, the earnings release continues: "[g]iven declining consumer demand and product profitability, the company will not invest in next generations of traditional Ford sedans for North America."

Recently, Ford introduced new and revised versions of the Fiesta, Focus, and Taurus in Europe and China. The Fusion/Mondeo is set for a new version very soon. Considering how much Ford touted the OneFord program as a way to avoid the fiscal path General Motors and Chrysler did in the face of the Great Recession, this may seem like a 180-degree move on Dearborn's part.

Then, came the final blow. Per the earnings release, Ford states that "[o]ver the next few years, the Ford car portfolio in North America will transition to two vehicles – the best-selling Mustang and the all-new Focus Active crossover coming out next year."

The Mustang lives because of its heritage in this country and its newfound acceptance worldwide. The next Focus becomes a crossover-ish vehicle akin to the Subaru Crosstrek.

The news that can be gleaned from all of this is that Ford will phase out the Fiesta, Fusion, and Taurus by 2020. The Bronco is due to join the lineup by then. Therefore, Ford will accomplish what Fiat Chrysler Automobiles did a couple of years ago by eliminating two vehicles to concentrate on SUV and truck products – namely Jeeps and Rams. In Ford’s case, their SUV/crossover portfolio is wide-ranging, along with a commitment to a three pickup truck lineup and maintaining their leadership in commercial vehicles – namely the Transit van.

It also does not help that some car segments are going through a sales freefall comparable to market irrelevance. It appears that no one wants to buy subcompact and large cars anymore. Those customers are heading towards – you guessed it – similarly priced and sized SUVs and crossovers.

As to the effects of this product phase-out announcement, you have to look at how it will affect Ford’s rank-and-file, its assembly activities, and its suppliers. This move will affect four Ford assembly plants in the USA and Mexico. At Cuautitlan, Mexico where the North American Fiesta is assembled, Ford has already transitioned production to truck assembly to offset and eventually supplanting Fiesta production. Hermosillo assembles the Fusion, along with the Lincoln MKZ. North American units would leave that Mexican plant at less than 50 percent of the capacity of no new product is brought into it.

Chicago’s Torrence Avenue may turn out just fine, thanks to a high demand for Explorers and its public safety version. The Wayne, Michigan plant where the Focus was assembled will transition shortly to the production of the new Ford Ranger pickup.

At least there is mixed news on the rank-and-file front. Since sales volumes have shifted without any significant losses, as has production activities at most of these plants. A silver lining perhaps?

One thing to remember when dealing with this kind of news: a business decision lacks sentimentality. That comes from the customer and enthusiast base. Sometimes by the media. People will complain that they'll never get a new Taurus again or that their precious Focus ST and RS has turned into a ruggedized version of an SE with multiple packages on it. If some of the underlying rumors are correct, this Focus Active may be imported from China.

Can we live with a Ford lineup that will become SUV heavy? It depends on which generation you belong to. There are still plenty of Baby Boomers in it. They want SUVs for practical and physical reasons. Generation Xers simply want something to drive, but most of them have families they need to take with them. Millennials just want wheels. How do you serve specific generations, and other demographic groups to arrive at this conclusion?

Then again, we may be seeing a corporate reaction and response to sales trends. What if the sedan market returns, thanks to new products like the 2018 Toyota Camry and 2019 Volkswagen Jetta? What if hatchbacks become the new cool vehicle in the marketplace. What if the American consumer starts to reject SUVs?

I understand the issue. I’m not entirely on board with it. But, Ford could end up being right for the next five years or so. Only time will tell if the phase-out of these models are the answer to Ford's continued brand leadership in this market.