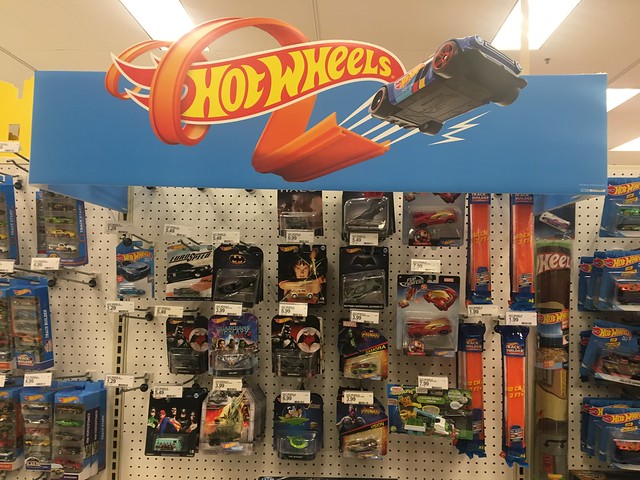 Want to talk about being born at the right time?

I was four years old when Mattel introduced their Hot Wheels cars at the 1968 New York Toy Show. What happened afterward was a phenomenon that engaged a child into a world of the automobile.

Fifty years and six billion units later, Hot Wheels is a universal toy that engages children and adults together. It brings both production and concept cars to life, even at 1:64 scale.

Mattel was known for its success with the Barbie doll. Its founder and CEO, Elliott Handler, credited his wife for coming up with the iconic doll and her family. Yet, Handler wanted something for the boys. He brought in a designer from General Motors and a rocket scientist to come up with a car toy that will not only roll – but defy gravity doing so.

It wasn’t just the cars, trucks, and vans. There was another component to the Hot Wheels story – the track. Made of orange colored flexible plastic, the track was at a perfect width for any Hot Wheels to roll on. Children – and their parents – were encouraged to put these tracks together – piece by piece – to create an exciting venue for their cars to run on. You needed plenty of track, a slide connector of each section, some stops for a loop to create hours of excitement as the cars drove on this track.

Tracks would begin on a desk, dropping down onto the floor, go through a 360-degree loop, and end up somewhere underneath the bed. For a five-year-old like me – this was maximum fun. Of course, my brother took part in it. If he wasn’t building the Apollo rocket that sends men onto the moon, then he would help build the track and have fun with it in the living room of our home. 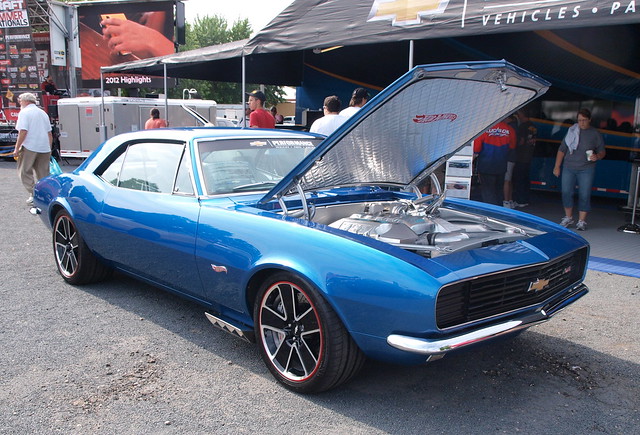 Mattel struck gold with Hot Wheels. Unlike its rival Matchbox, the free-motion design of these cars enabled it to be more than just a piece on the shelf in a child's bedroom. With the orange plastic track to begin with, Mattel took Hot Wheels further. Much further.

In the 50 years of Hot Wheels, Mattel created larger vehicles – from plastic dog-like cars rolled by a leash to 1:18 scale Ferraris. The track set got more outrageous with stunt features enabling "crashes" between Hot Wheels. There was no limit to the creativity of the Hot Wheels’ design and marketing teams.

This also included affixing their name to a few special edition Chevrolet Camaros. Since one of the first Hot Wheels was the first generation Camaro, it was fitting that Chevrolet would create these special editions – including a 1967 version using Chevrolet Performance parts – to celebrate their link to each other. This year is no exception with a 2018 Camaro Hot Wheels edition – celebrating the toy’s 50th anniversary.

The core of Hot Wheels was the 1:64 scale cars. They went from a basic car to special editions, chromed finishes, and a mix of past, present, and future vehicles. At any given Target, Walmart, or grocery store, the Hot Wheels display would bring magic to a child. The idea of a car made of metal that rolled faster across the floor was just the beginning of a long-term relationship with the automobile.

In turn, Mattel and the automotive industry celebrated this start of a love for automobiles by collaborating on new Hot Wheels. I doubt there is a manufacturer or brand who does not have Hot Wheels made after one of their products. They made models of iconic exotics, such as the Lamborghini Countach, Ferrari Testarossa – to name a few. They even made hot rods out of the coolest cars around – from a 1930s Ford Model A to a Camaro or Dodge Challenger. Cadillacs, Lincolns, BMWs…you name it, Mattel made a Hot Wheels of one. 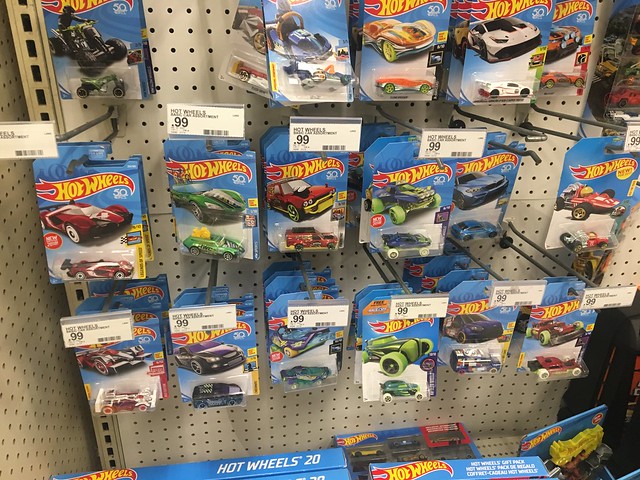 Today, I had a glance at what Hot Wheels had in store at a local large retailer. For a dollar, you can get a Porsche 911 GT3 RS or a BMW M2. Those are some serious bargains. You can still get track sets, but with more options to make it thrilling for children – and adults. Plus, special edition cars with marketing tie-ins, such as the Batman franchise at DC Comics.

The through-line that continues after 50 years is the impact Hot Wheels has on many children, parents, collectors, and enthusiasts. A car as a toy will brighten up the imagination. At least, I believe so. It did for me some five decades ago. The idea of a free-wheel representation of contemporary machinery – ever evolving through the years – continues to resonate in many lives. This toy knows no gender, ethnicity, sexual orientation, physical or emotional state, or age. That is the impact Hot Wheels continues to make on society.

Fifty years on, Mattel continues to strike gold for its Hot Wheels brand and product. The concept of a car that goes fast on an orange plastic track is one that never gets old. It starts with an interest, then imagination and a dollar for a BMW M2. The rest is a prolonged appreciation for the automobile.