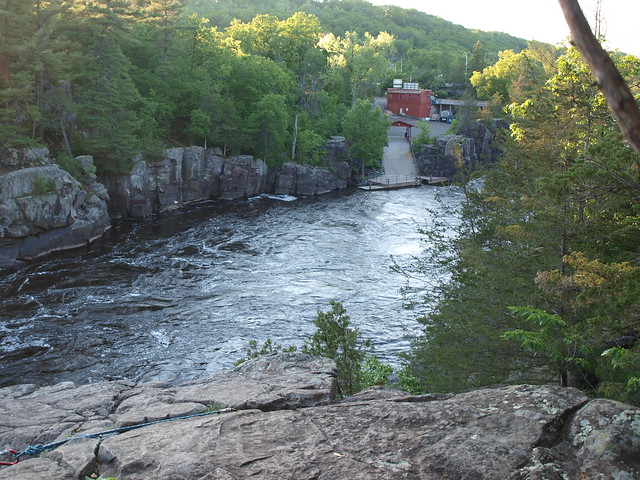 The calm… – Photo by Randy Stern

I think it's time for some honesty here.

A lot has not been said about what I have been up to during 2016 outside of the site's Fifth Anniversary. It is not that I have been laying low. The contrary is true. I have been around the car community, attending meets, having meals with enthusiasts, taking some drives and just plugging away at making a living.

In a recent article – which included a review of a 2016 Lexus IS 200t – I eluded to a few things that transpired during that last weekend of April. What I failed to mention was that it almost did not happen – the Fifth Anniversary Dinner and so forth.

The Monday prior to that weekend, I was admitted to North Memorial Medical Center in Robbinsdale. I spent two nights in the hospital before being released that Wednesday afternoon. Without getting into the reason for the hospitalization, I can discuss what lead up to it.

A mound of stress and frustration had been cooking up leading to my admission into the hospital. In all, I had to deal with points of acrimony in both the local car community and within my profession. Without naming names of individuals and entities, a sum of this began to affect my ability to deliver the work necessary for all of my outlets and content clients. To see people I care about – and work with – become disrespectful and angry was not exactly what I wanted to see after five years of building a career and participating in the local car scene.

However, this had been building up for quite some time.

Before I go on, please read Tyler Lipa’s Commentary about his observations from his visit during our Fifth Anniversary Weekend celebrations. It will help you to understand where I am going with this.

The idea of humanity was to find common ground and celebrate it. However, competition is healthy to an extent. When competition turns into an inhumane war of words and actual action, then it is no longer enjoyable.

A few quotes pop up in this context. The opening lines of MTV's "The Real World" reality television series certainly rang true: "when people stop being polite and start getting real." By "real," it has manifested into an ugly side of humanity. This is not just exclusive to the headlines seen on television, our computers and mobile devices. This has been witnessed within a breath away.

Mostly, we hide behind our computer screens and mobile devices – whether it is for discourse, pushing agendas or escape. As much as we play Pokemon GO to relieve the stress of society, reality begins to crash down on us. No one is immune from the fallout of the events so far this year. Our messages on social media – related to the automotive business or not – are evidence of this fallout.

These incidents have had some sort of affect in the automotive world I live in. For example, take a look at elections – not just here in this country, but with the European Union referendum in the UK. The level of acrimony among human beings has never been as high ever in my adult life. I have never seen a Presidential campaign in this country as this one in my lifetime. Nor have I seen a level of voter remorse after a majority of the voters in the UK voted to authorize the enactment of Article 50 to separate from the economic bloc that binds a continent together. In all, it appears that even the simple act and execution of democracy has put a huge burden upon our levels of stress and our coping mechanisms.

Add this to the increase in violence among human beings. There has always been violence worldwide, but we are seeing more to the effect that deepen the present divisions within nations. Whether it is race, religion, gender, sexual orientation, economic status or human disposition, the amount of hatred has spurned an unnecessary level of violence and outright anger that spurned far reaching negative results.

To say "violence" here is to lump everything from random terrorist attacks to a domestic dispute. It includes some of the biggest headlines seen today. They have taken place as close as next door or far across the globe. To name each and every one of them here is indeed an unhealthy act to execute.

To reiterate, all of these flashpoints affect the automotive universe…right down to car culture. Your co-workers, friends and acquaintances in the car community, your colleagues and competitors…they have weighed in on all of this. They have forged opinions – whether you agree or not. They have evoked anger and frustration amongst us.

Sadly, they expose an inner conflict we cannot ignore any longer.

Behavioral health has a stigma on society. Before I was born, anyone shown with some form of anti-social behavior was sent away as a "ward of the State." Their lives would have been shoved away from history. Today, the solution is medication and therapy. The worst cases are cast aside and seen on the streets of our communities. Although exposed to society, we still shun them as they were put in a more public version of those state facilities.

We are trying to be open about our ills that can be treated. Anxiety, depression, anger, Bipolar disorder…and so forth…are now openly discussed to find ways to treat them towards better living within society. These issues run a duality – either there is acceptance with work towards coping and healing, or there is the evoking of the stigma that excludes one towards the same possible conclusion.

These issues exist within the automotive world. We know people who are dealing with these issues. What are we doing to help them? Or, do you simply shove them aside and call it a day?

We are not in a right place on this planet right now. It is making this work and my interactions within and outside of it a bit more difficult to work through. However, I am doing my best to cope, stay professional and push forward in this work.

In the meantime, I need to stay alive. That is all I ask of the universe.