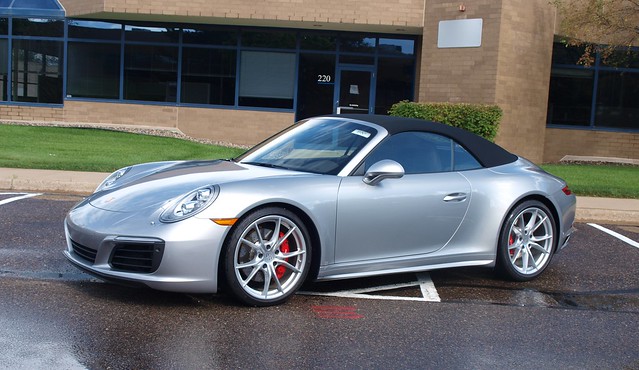 A weekend or so ago, I drove what can be described as an emotional experience.

Before I discuss that particular vehicle in brief, I need to examine something here. How could a professional automotive writer/journalist/blogger/etc. have an emotional experience when working with a subject?

This is a problem we all have. To truly enjoy what we do, we must love what we do. We may be professionals in a business, but there is capacity for emotion. There is capacity where the objective side of the house has to be set aside for the subjective side to kick in. My primary task is to capture the facts of this machine through real world driving and measurement. Sometimes, a subject comes along where it struck a chord in the psyche and the facts are set aside for an extended moment. OK, several extended moments…

Over the past five years, a few vehicles actually provoked high level subjective reactions to them. The Volkswagen Golf R was a great performance hatch and I likened it better to the Mitsubishi Lancer Evolution and the Subaru WRX STi. I still do. The Lexus RC F brought the best of all worlds in an effortless form. I still love that car. These two machines arrived just last summer.

Going into my brief time with the 2017 Porsche 911 Carrera 4S Cabriolet – written for a print publication I have a byline in – I had a lot of preparation for it. The 911 was a common sight back home in Los Angeles. They were iconic then, as they are now. I always wanted to drive one, but was afraid to. I had too much respect for this benchmark in performance and vehicular engagement.

After 52 years of life, 36 of them with a driver's license in my wallet, I finally got a chance to drive – and work – with one. After an extended fortnight with that GT Silver/Black roof Cabriolet, there was nothing more to say or do. Except for writing a draft of the review…

I rather not delve into my impressions of the vehicle. You will have to read that in November in print.

What I can say is how the subjective side of me simply took over most of the time when I was in and around the 911. I also felt the gravity of necks snapping and eyes widening when this car came into view. Everyone wanted to drive it. They couldn't, for work purposes. I had more people wanting a ride along. I complied for a few, but it was limited, since I was doing a lot of driving and recording impressions.

It showed up at meets, BBQs, cruises and at people's homes. Most of all, it was with me behind the wheel. Every moment was captured with a mental memory that still lingers on today.

Which brings me to this audacious statement: The Porsche 911 is the best vehicle I have ever driven – period.

The best? Better than the RC F? While the Lexus coupe brought me joy and love, it does so smoothly. Perhaps too smooth. In the 911, you feel it. Granted it is no longer air cooled and the Carrera models now have two turbochargers attached to its iconic boxer six-cylinder engine. Still, you feel the pulsations of the engine working along with the driving dynamics providing an experience that never fails to bore you.

In a 911, I sit comfortably with loads of headroom when the roof is closed. I always knew that 911s were accommodating since the mid-1970s, but I was also afraid to even consider how much I would enjoy being behind the wheel of one. The cabin may speak to 2017, but there was a tinge of 1977 still inside. It is hard to explain, but one try inside of a Type 930 911S or 911SC will help you understand what I am on about.

The core of the experience with the 911 was the engagement with the car. Once I got it set up to what I want it to do, it became a natural extension of my driving. I talked about chill out cars, where you can waft about at high speed without a care. You simply cannot waft about in a Porsche 911. Instead, you can chill out in one and let it just go about its business. You can actually relax in a 911. When the moment calls for it, you put down the power and let the car do what it is intended to do – own the road.

I'm sure you are sick of cliches by now. In short, everything I wrote about is linked to my audacious statement. It is not a perfect car, but it is millimeters close to it. It is the kind of car where you can be 52 years old and choose to drive it youthfully or with mature respect. This is why I called this the best vehicle I have driven – period.

There is a Will Smith lyric that popped in my head after I walked away from the 911. It goes, "Besides, would a lunatic have a Porsche like this?" In case you forgot, Will Smith was the Fresh Prince (of Bel Air) and that was from his first hit with DJ Jazzy Jeff (Townes). It is somewhat an apt line, because it was part an invitation to drive a 911. Yet, it also spoke to the outer limits of this work. Would someone who usually writes about mainstream vehicles, live in an inner ruing suburb, be trusted to have a Porsche 911 to work with overnight?

It is not about trust or location or the economic status of a writer. It is about what you earned through the work you put into it. It is about the approach to the work and how it is executed and presented to the readership. This story was two years in the making. Even when I picked up the Porsche 911, I was still amazed that I was going to work with it. It was the kind of shock that keeps me fully engaged in this business…it made me humble and thankful.

When I thought nothing would top the experiences I had with the Lexus RC F, the Porsche 911 reminded me that there are more levels of greatness to achieve in this automotive world. Understanding that, can anything top the experience of the 911? With all due respect to other vehicles that ran quicker, faster and caused more necks to snap that I had a chance to work with – the simple answer is no…for now.

For those of you who were with me while I was working with the Porsche 911 – thank you for being a part of a golden moment through this experience. You have no idea how much of a joy it was to have the chance to work with such a great automobile.