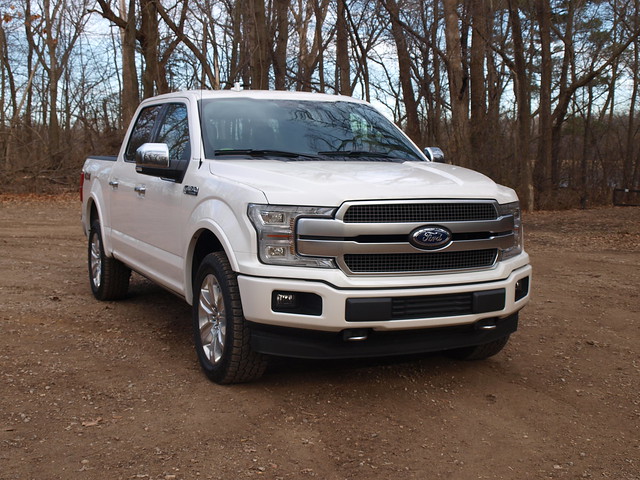 Sadly, I have to write another politically-based commentary on this website. And, yes, it has to do with a related topic involving the automotive industry.

But, first, some lyrics from Peter Gabriel…

To explain the context of these lyrics, let's cut to the chase. Ford reportedly made a statement regarding the issue of National Football League's players kneeling during the singing/playing of the National Anthem of the USA. It was quoted among various sources which Ford stated "We respect individuals' rights to express their views, even if they are not ones we share. That's part of what makes America great."

This statement came on the heels of an all-new advertising campaign by Nike, which featured former quarterback Collin Kaepernick and a statement that alluded to the support of the NFL’s athlete's right to protest during the Nation Anthem. It should be stated that both Nike and Ford are official sponsors of the NFL.

There is one problem with this report and the quoted statement. A search on Ford's media site did not produce a press release stating anything regarding the NFL and its support of those athletes who intend on protesting the National Anthem.

Yet, some outlets have carried this statement. It came at a time when opinion has been divided regarding the issue of National Anthem protests, the question of patriotism, the nation, and its leadership. Because of the Nike advertisement, protests have manifested in the destruction of its shoes and apparel by people who disagree with the statement made through their campaign featuring Kaepernick.

So far, reaction to Ford's "statement" has not been as extreme as those for Nike. Just some responses through social media, but nothing to the extent of the destruction of Ford’s vehicles caught on a viral video. Let’s hope it stays that way.

Ford has been there before. If you recall when Ford began to advertise in LGBT publications and sponsored Pride events across the USA that the American Family Association called for a boycott of the automaker and its products in 2005. Though Ford backtracked to an extent, they remained committed to their LGBT employees and customers throughout the boycott. The AFA ended their boycott in 2008.

Already, Ford has been dealing with bigger issues than protests over the National Anthem at NFL games. Moody's dropped the company's credit rating to near junk status. Plus, there is a recall of over 2 Million F-150s over front passenger seat belt pretensioners. In all, there is enough on Dearborn's plate for the company to worry about. Even more impactive was the cancellation of the 2019 Focus lineup that was due to be imported from China.

And, yet, this nation is divided. You may agree or disagree with anything stated here – but, that’s what this country is all about. We have other things to worry about – when we can afford our next vehicle, even in the face of a jump in tariffs? How can we afford insurance, maintenance, and to modify it somewhat? Will we still have a job tomorrow?

Here is something to consider: if you are angry at a brand that supports something you do not agree with, may I suggest two things:

We are consumers. We have choices available to us. We sometimes have reasons behind our consumer choice – including the influence of politics. One should not have to go to an extreme to make their statement known in protest because one brand supports something you do not like. Our economy has the flexibility for one to make a choice of any product they want.

Also, please fact check anything you read or listen to. I understand how hard it is to decipher news from a consumer’s standpoint. It’s even harder as a journalist to know what is newsworthy and supported as such.

If you do head to the stadium for NFL's Kickoff Weekend or sit down in front of the television somewhere – enjoy the game. Remember, you do have the freedom to do so or not – just like you have a choice to buy anything based on your needs, wants…and feelings.