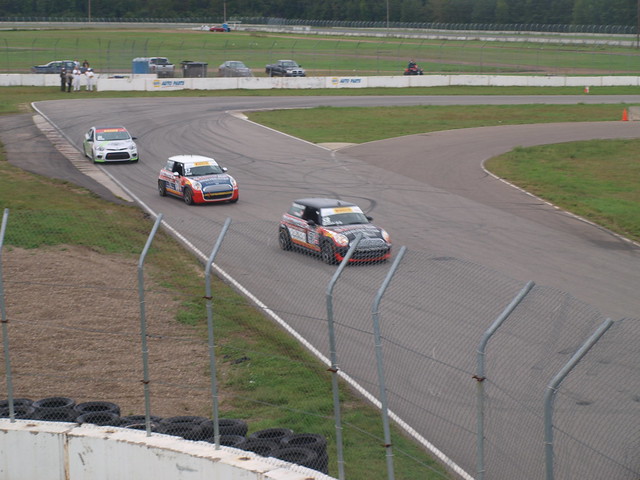 The answer is not here. Photo by Randy Stern

"So, Randy, what do I need to become a successful automotive writer?"

The key to doing this art is to write well. Even that is not enough. Writing in a subject matter takes skill and knowledge of the language. It also takes understanding the voice you want to convey towards which audience you want to read your stuff.

End of lesson? Not even close. I just only scratched the surface.

Let me go back before this site became Victory & Reseda. In 2005 and 2006, I attended a monthly writer's group at The Loft Literary Center in Minneapolis. As a part of this group, we get a chance to listen to other writers as they share out their craft with other fellow writers. It is also a place where I can try out new things and hear feedback on whether I am on the right track or not.

Keep in mind, I was still formulating my voice as a writer. It was not polished or publishable…at least in my mind. Yet, I was rediscovering the art of the written word. This was done through poetry, but it began to form into extended-form blogging. Eventually, these efforts became what this site is all about.

There was a writing group meeting in 2006 that sort of catalyzed this writing style. I read three new pieces for the first time and received what I consider to be a common feedback for my work. Compared to most poetry, I do not use flowery or oblique language. This is often the reason why many people shied away from poetry at first. People who have either read my work or listened to it often come away with a complete comprehension of the poem and can relate in direct language and normal terms what the poem is all about.

I heard the same feedback on my automotive writing. This story is not over, so to continue…

That was feedback I received that night. It encouraged me to go forward into the prose world. I often wondered whether this is a unique situation or perhaps I am going about this the wrong way. It is not about being talented, but perhaps finding a voice to an idea, an observation or an emotion that needs to be expressed and conveyed to an audience.

Before that meeting, I appeared on a Minneapolis radio station KFAI doing a talk show about poetry and writing. My co-guest, now-Portland, Oregon-based writer Lori L. Lake, passed along this sage advice to all aspiring writers. This comes in a form of a quote by Ursula K. Le Guin in regards to the use of language in writing:

“Crowding is what Keats meant when he told poets to 'load every rift with ore.' It's what we mean when we exhort ourselves to avoid flabby language and cliches, never to use ten vague words when two will do, always to seek the vivid phrase, the exact word. By crowding I mean also keeping the story full, always full of what's happening in it; keeping it moving, not slacking and wandering into irrelevancies: keeping it interconnected with itself, rich with echoes forward and backward. Vivid, exact, concrete, accurate, dense, rich: these adjectives describe the prose that is crowded with sensations, meanings, and implications.

– Ursula K. Le Guin, Steering the Craft: Exercises and Discussions on Story Writing for the Lone Navigator or the Mutinous Crew

This is indeed a universal theme. The idea of writing, whether it is prose, essay, journalism or poetry, is to convey a message to the reader. It is perhaps the best affirmation that I am on to something every time when I write.

This is perhaps the best lesson I received from Lori. Therefore, I wanted to pass this wonderful and seminal quote along to anyone reading this blog who has an aspiration to write.

Language is an art form. We use it more than we usually do, but we never truly think about it. Through e-mail, chat and text messaging, some of us fear that we are experiencing devolution in our use of language. This may be so, however if you read Le Guin's quote closely, perhaps we are "avoiding flabby language" as we interact with each other. Though, one should be mindful that by minimizing language, one should at least leave some meat on its bones.

What do I mean by that? Context is an important thing to employ when writing. We often want to express a feeling in a matter of complex phrases and words from a thesaurus. However, it should never be whittled down to a word or two or an acronym when parsing out an essay, prose or poem. There is nothing wrong with writing a simple phrase or sentence using words everyone can understand. If it means something to you, your readers will understand it clearer.

When I began to write poetry in 1988, I feared that I would never be accepted as someone who can employ the craft according to the literati. Twenty-six years later, I see that I was indeed going in the right direction. Readers and audiences alike appreciate the effort to have the work you see on V&R to "speak" to them and not at them. I am glad to be able to do so, albeit unconsciously.

It is my hope as an automotive writer to inspire others to discover this craft. If you happen to be inspired, find a writing class in your area and embark on your own journey. We all have a story to tell. I would love to read yours soon.