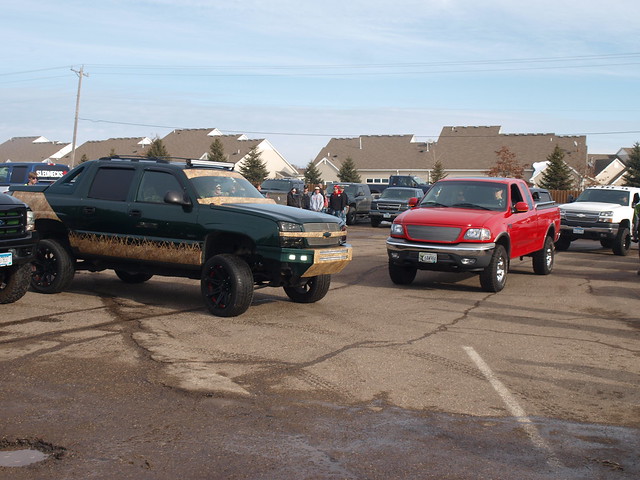 Let me get this out of the way – trucks are part of the carmmunity.

The numbers speak for themselves. Over 2.3 million new trucks were sold in the USA in 2014. The top three best selling vehicles in this country during the same year were pickup trucks. Truck ownership fosters a sense of pride where they find their use in work, recreation and home improvement. NASCAR has a racing series where trucks run on the Saturday before the big race.

As with cars, trucks get their fair share of enthusiasts. They show their pride through modifications that are as sophisticated as the ones seen on import tuners. A truck owner has a huge canvas to work with to make their rigs cool enough to tackle anything – on-road, off-road and on the track.

Yet, we have an image of truck enthusiasts. Just like any other enthusiast group, stereotypes pervade of participants – the cowboy hat and huge belt buckle may get a sneer from a gentleman in a tweed jacket and a driver's cap. One might imagine country music to be blaring from the trucks at the meet, as Skrillex would at others. And, let's not get into stereotypical words that are used as insults, putdowns and whatnot…

Let me get this out of the way – truck folks are just like anyone else in the carmmunity. They're human. There's cool kids among them and those who try to find their way to become one. Some are brand enthusiasts, but in the end, they are equals across all trucks.

People love their trucks, as much as others love their off-road SUVs, import tuners, classics, antiques, exotics…and so forth.

I did not need to go anywhere to see this in action. However, my visit to the Lifted Trucks Minnesota January meet at Mama G's in Maple Grove offered a few surprises.

First off, the modifications on most of these trucks are amazing! I unusually do not get excited about mods, but when they are engineered and installed well, they simply do the intended task. Lifted trucks offer an extra ride height, as long as there is compliancy in suspension components for both on- and off-road use. Knowing you can mod any engine, the depth of knowledge from the meet's participants will blow you away. Trucks are not known for advanced technology – though I beg to differ with that summation on today's trucks – however, there is a lot one can do to raise performance on any engine, balance the ride and use electronics for any purpose.

At any meet, I will always find what I call "heroes." A family from Brainerd brought down a late 1990s Toyota 4Runner with six-digit odometer reading. Though it looked like it needed a paint job and some other cosmetic needs, what they did with this SUV was downright amazing. However, this is a trail rider and is driven for that purpose. That also includes every day driving around town. My discussion with this family shows one thing – no matter the vehicle, there is enthusiasm and love for their chosen ride. Better still, if you have an interest in such a vehicle, you may have found a connection. 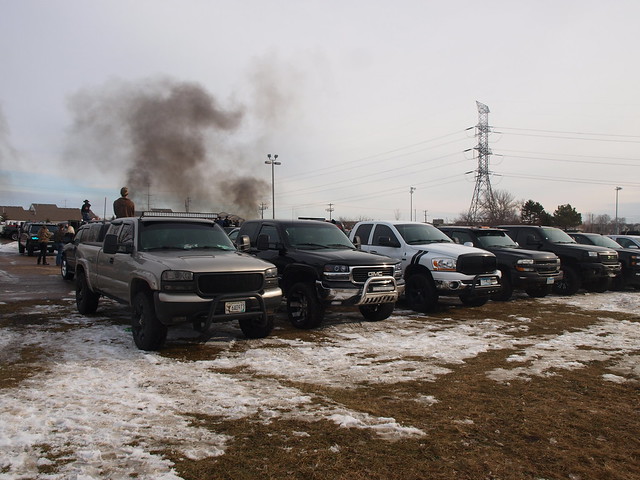 That is not all. It was great to interact with LTM admins – the real heroes of this form of enthusiasm. This is not a new club that all of the sudden popped on my radar. They have proved what I have been telling my PR contacts at the OEMs and fellow journalists all along – Minnesota is a huge truck market. Their owners are not only loyal, but are willing to take their trucks to the next level to fit their lifestyle.

Perhaps that is the crux of enthusiasm. Yet, there's still more to the story…

If you want to be a part of a greater carmmunity, there has to be some collaboration. The admins at LTM told me that they are doing exactly that. Upcoming events will feature collaboration with other car clubs in the state – MN Nissan Infiniti, MNBMWs and MN Exotics & Supercars. One might think…why? My answer: because these four clubs as a collective gives each other the opportunity to work together and celebrate their rides without judgment.

That is the bottom line – being a carmmunity that brings everyone together equally. That is how we do it in Minnesota. And, it works brilliantly!

This collaborative effort among car/truck clubs support the idea of a carmmunity devoid of chauvinism, judgment and stereotyping. LTM certainly did a great job of doing exactly that! Not only that, their social media outlets have a high engagement rate with multiple postings a day from its members, along with a high number of comments per post. The LTM admins are doing something right in terms of keeping interest among it members.

When it comes to vehicles, they are your ultimate calling card. You can dress however you like, have divergent political views, live and love whomever you are comfortable with – but you come to a carmmunity because of your enthusiasm and curiosity about the automobile. You participate in one to show what you bring to the table and exchange ideas to make vehicles better, as well as engaging with the club and its membership.

What did I take away from this? I do cover trucks. Not because of the local market I work in, but the legitimacy of their worth in the marketplace. Understanding what I've seen at the LTM meet in Maple Grove builds upon this coverage. Confirming their enthusiasm makes them an integral part of this carmmunity. In all – it all adds up for the love of the truck.