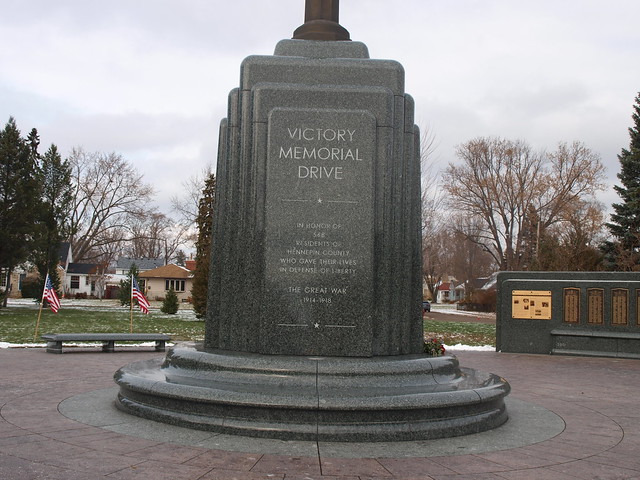 One hundred years ago today, the guns fell silent on what could have been the war to end all wars.

The significance of this day yielded a day of Remembrance. Americans call this Veteran's Day. Either title is appropriate, as we focus on those who served their nation with dignity and pride.

We have been through many conflicts since the end of hostilities on November 11, 1918. We have seen the bravery of our veterans in conflict repeatedly. We mourn the losses, we honor those who have served, and we promise ourselves to be a better nation because of their efforts in service to their flag.

Many of those who returned from conflict have settled back into the world. Their service not forgotten. Their continued contributions to society help shape the economy and their respective communities. Yet, we often see shortcomings in this process. The after-conflict care of our veterans – from physical health to emotional/behavioral health – have come into question. The support from their respective governments, as well.

Without opening up a can of worms that would create an internet war on the scale of the conflicts our veterans already served through, I truly understand that this is an automotive website. So, why are discussing this topic out of context?

There is context. During World War I, the industrial might of the automotive industry as asked to help produce the implements of war. Some twenty or so years later, the industry was asked to do the same – on a much larger scale. The USA knew they were in this next large-scale war for the long haul. New plants came online, alongside those who have been in existence since the beginning.

The automotive industry produced grand implements of war. They, too, should be considered veterans and be remembered for their contribution in regaining peace on this planet.

Yet, that peace was broken. In each conflict, veterans of war would come home to restart their lives. Some strong, others broken. All are celebrated today.

Veterans are a part of this industry now. They are building implements of peace. They also have duties that are a part of the defense of their nation. All are celebrated today.

Part of the automotive industry is a defense division. Manufacturers dedicated to ensuring that our next veterans come home safe and sound. It is never easy to do, but we celebrate the efforts of these entities who serve our veterans well.

The real heroes of these efforts are those who have served – and continue serving – their respective nations. The men and women of service – of all races, ethnicities, generations, abilities, sexual orientations, and gender identities – are the real heroes in our world.

I am also honored to be connected with these veterans. Veterans who went to school with me. Veterans who are in the car community. Veterans who are working in the industry or alongside me on the media side. If you were here, I'd shake your hand and simply say "thank you." You might even get a hug from me.

In this way of virtual communication, consider your hands shaken, a simple "thank you" given, and a hug from me.