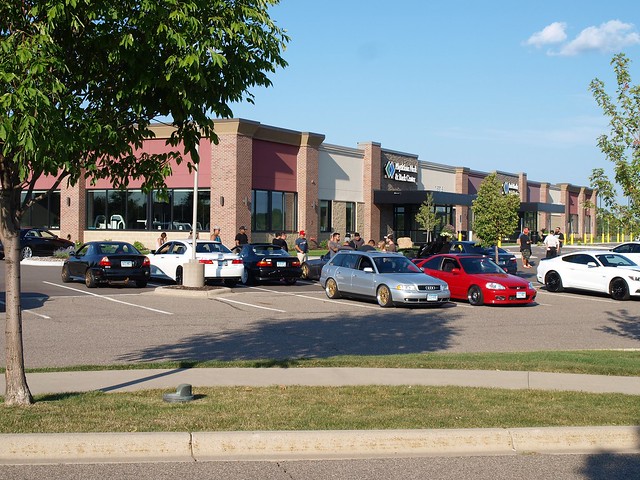 It appears that most readers would fall under the category of being a "millennial." That generation that came after the first wave of Hip-Hop heads and grunge rockers that lead the way into your own rebellion that is beyond music and culture. A rebellion that had this industry very worried for a while.

In this work, I get a lot of different press releases about this and that. Some are worth the e-mail trhey were sent on. Others require a bit more reading.

A recent PR e-mail from Maven, General Motors'own car sharing program, required a bit more reading. The headline begins with a claim that Millennials spend more to “travel and socialize” during the summer. It was one of those press releases that brought out an “oh, really” response.

That sounds about right. But, it is nothing new or shocking. Generation Xers – my generation – did the same damn thing when we were in our 20s. The press lapped that fact up. We made the cover of Time magazine with that fact!

Then, the PR folks at Maven went further. They got their data towards their concusion by surveying 2,000 Millennials. The survey profiled social calendars, spending habits and summer travel. The results were quite clear. Maven found that their respondents spent on average $1,300 on socializing and attended 37 “events” during this summer.

I found this fact to be not surprising. Given inflation an thr value of money compared to 1987, $1,300 would represent gas expenditures or airfare to wherever the nearest festival is at. If they found a cheap fare to Europe – $1,300 might sound about in the ballpark. Of course, given frequency and cost of hotels and such, $1,300 is a right figure to spend for a lot of travel.

Now, the number of 37 “events,” I had to question the definition of an “event.” One would assume that these Millennials went to concerts, music festivals and such. Not necessarily. Have you seen the price of tickets to concerts lately. For my Generation X roommate, I was tasked to get an early promotion sale on floor seats for a major concert at US Bank Stadium in Minneapolis. I was floored to find out how much that ticket was. And she paid it…plus fees. For the sake of my onw sanity, I will not state how much that spend was in the end.

This number was also not surprising. Maven found that 62 percent of their respondents did these by being “spontaneous and adventurous.” Yeah…so? If we are not burdened by a spouse and children, we would most likely do things on the spur of the moment. Single folks are most likely to do things on a quick turn than ones in relationships – that's a fact about being single.

This is why singles have things like smartphones with dating/hook-up apps on them.

There is a reason why Maven conducted this survey. Eighty percent of those who are members of Maven are Millennials. They have their app on their phones and have access ot the latest GM vehicles within reach – as long as they libve in a community where Maven is available. The numbers are perhaps the same with other car sharing services across North America.

Yet, here is the rub. When I look at V&R's readership, the Millennials I know do not live in urban enclaves. The average Millennial I know is suburban. They may have access to Uber, Lyft or a taxicab. Public transport is available, but as robust or frequent as in the urban enclave. They work, and sometimes spend $1,300 or more on adventures – such as the two Crown Rally runs this year.

They also own cars. Not the new cars the marketing teams at the OEMs want us to purchase. If you step away from the urban enclave, you will find that more Millennials are car owners than you think. Some even have more than one.

This fact is not just true within a single culture or ethnicity. It is seen across practically every single one of them. Even gay folks!

I love press releases like this. I can see the numbers, but I also see the anomolies. Not knocking Maven, GM or anyone else, but I'd like to see a truer picture of this if you can survey 20,000 Millennials instead of 2,000.

Although, I'd like to try Maven. They're in Chicago, but not in the Twin Cities. We already have enough car sharing here, supposedly.

So, Millennials, should we make distinctions based on the trends from this survey? I say “no.” When you get into your latter years, you will follow the patterns of aging, rather than generational trnds – trust me!