The Crown Rally is at it again!

On August 12, 100 entrants will be running between The Twin Cities and Chicago for another adventure into charity rallying. This time, they added an additional night somewhere in Wisconsin, along with a private driving event, to make things a bit more fun and interesting.

This year’s beneficiary is The Epilepsy Foundation. All proceeds from the Crown rally will go to help those in need for medical, personal and family assistance of those affected by this disease.

Victory & Reseda has been on the sidelines of this event for the last two years. This year prevents us to join in or see the Rally off. However, our presence will be there – that is, if you catch the V&R vinyl stickers on a few vehicles running this year.

In particular, there are two teams that V&R has provided support for: #TeamNovas and #TeamGasholes. We also called them "V&R Rivals" (#VnRrivals). 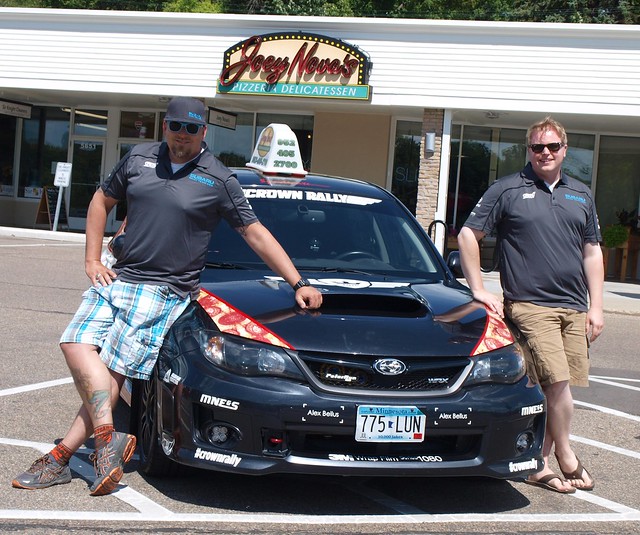 First off, The Joey Nova's Rally Team (as #TeamNovas is officially named) is sponsored by one of the V&R's supporters, Joey Nova's restaurant in Tonka Bay, MN. Behind the wheel of their special delivery Subaru WRX are Polar Run and Central Crown veterans Shane Sienko, Marky Weinmann and Katie Nalepka. Add Joey Nova's Gary Ezell, Anna Ledstrom and their great crew to the mix and we might just have the coolest pizza delivery car in the Twin Cities.

If you want to support #TeamNovas, log on here. 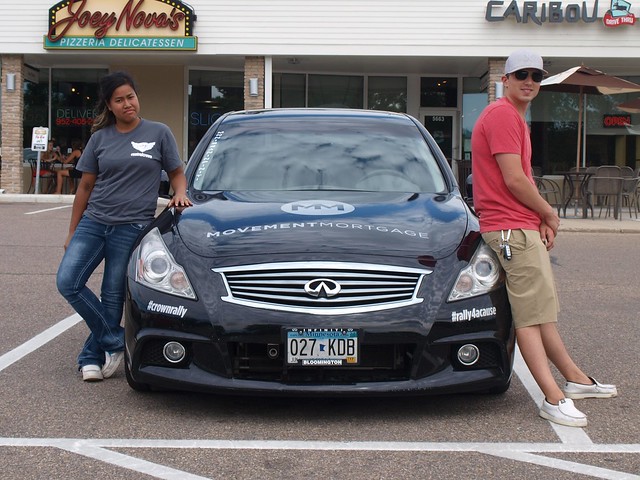 The other team needs some explanation. #TeamGasholes has another name of "Getting' It." The couple of Tony Yost and Malyna Lem are a huge part of our partners at MNNI – Minnesota Nissan Infiniti – and will be piloting their Infiniti G37 on the rally. The Brooklyn Park, MN-based crew will be among a few teams from MNNI out on the rally – including our friends #Team Rushing (the recently married Andy and Marina – congrats to you both!).

If you want to support #TeamGasholes (Getting' It), log on here.

There are 98 other teams out there, featuring friends, readers and supporters of V&R. More information on the rally, log on to their main site and their main fundraising page.

However, if you are a reader and/or supporter of V&R – support one of our #VnRrivals!