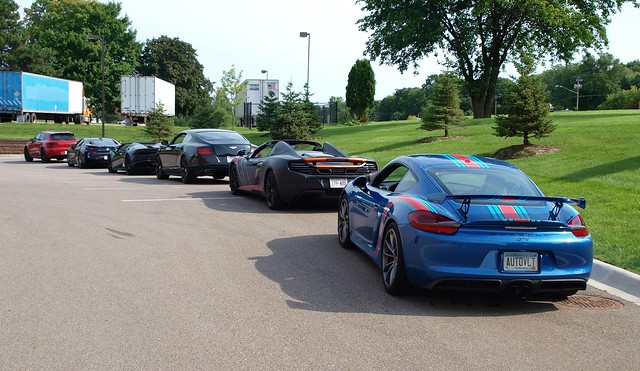 Lining up for a Fantasy Drive – All Photos by Randy Stern

Ever wondered what it is like to drive some of the greatest vehicles on the planet?

I always have. That was until I got deeper into this work. My inside voice no longer said "I'll never get to drive these great cars." Instead, it now says "well, I better put some miles on this Porsche and get some data."

Getting access to these great automobiles is never easy. It takes some luck and a lot of patience. You can be persistent, but you can also wind up looking like a pest. I chose to be patient and ask when the opportunity presents itself. Or, as a regular occurrence, I end up being asked to drive their vehicle.

As a rule, the answer to the latter query depends on who is supplying the vehicle. If it is a manufacturer, dealership or related automotive business, the opportunity is executed on a case-by-case basis.

In this case, it was Mischa Redmond that asked. Redmond owns and operates a premium vehicle storage facility called Auto Vault, located in Eagan, MN. What was pitched to me was to participate in Auto Vault's newest and most popular offering on their service menu – the Fantasy Drive.

I heard a lot about these Fantasy Drives. People do pay for the privilege of driving great machinery and enjoy a wonderful time with the Auto Vault staff. In this part of the country, how else would you get the chance to drive a great car with the pall of winter bookending the year?

What is a Fantasy Drive? It is a half-day excursion involving some of the finest automobiles ever created. In this case, there is the McLaren 650S Spider I drove last year, a black Lamborghini Huracan Spyder, a blue Porsche Cayman GT4 with the nod to the Martini & Rossi livery of the 1960s and 1970s, a BMW i8, a black Bentley Continental GT V8S, a red Porsche Macan GTS and a gray Tesla Model S. Other than the McLaren, I had some experience with a few of these vehicles – at least a variant of them. The notion of talking the wheel for at least a half hour is a great opportunity for someone who truly loves to drive.

With the opportunity provided to partake in this experience, I happily accepted the invitation.

Auto Vault is a familiar location to me. Getting there was no problem. However, I need to make sure that Redmond and his staff knew I’m there as one of the others. I was going to be a mole – a journalist in disguise of some nebbish "wolf in sheep's clothing." I think it worked…shy, awkward and may have looked like I spent the same amount of money as everyone else there. 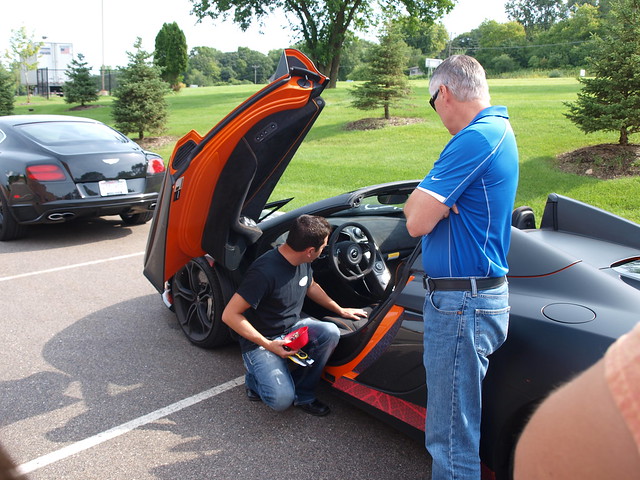 After checking in, providing my cards and so forth, we were met by the leader of the drive, Matt. He was great – kept good pace, explained each vehicle's nuances and made sure we were all good. Obviously, I was a bit shy…still in cloak mode, I suppose. I did not lead on to the others that, yes, I have driven the McLaren – now adorned in a Spiderman wrap. Nor that I knew my way around the Lamborghini, the Bentley and the Macan.

Our drive took us down the nearest Interstate into deep Dakota and Scott Counties. We had the right cars for the job – all fast with loud noises and plenty of thrust. Our leader swapped between the Macan and Cayman GT4, while we went to either Porsche, the Bentley, the McLaren, the Lamborghini and the BMW i8. I cannot say how fast we went. It was brisk…and absolutely therapeutic.

I could talk about each vehicle, but that would mean I would have to write a review. Then again, each one is worth mentioning in their own right – for experiential sake. I did start in the Macan GTS, which had the right power for this SUV. It felt like a Porsche, and made me wish I never returned the 911 Carrera 4S Cabriolet I was working with the previous weekend for another publication. I will admit that I love Porsches…more than ever. I should write about that sometime.

For the next car, it has been a few years since I drove the only Bentley I experienced in my work/life. That one was a Continental GTC with the W12 engine. I knew Redmond bought the right Winged B model when I saw the back-on-black-on-black Continental GT V8 S a while ago. You do not need a W12 and 600-plus horsepower to enjoy the best from Crewe. There is a 4.0 liter twin-turbocharged V8 with 520 horses underneath its bespoke hood. Frankly, that is enough to keep pace with the more powerful McLaren and Lamborghini. It was soft, though. You can chill out at high speed in this thing.

Then came the newest Lamborghini at Auto Vault. It was still the LP610-4 Huracan, but without a fixed roof. The Spyder is a different driving experience because you can hear it work without any filter. No roof? No problem. Just fly. This thing flies. But, boy, was it cramped. Still, it was the right amount of sonic excellence that could make the world snap their necks simultaneously.

The Spiderman McLaren was exactly how I remembered it. It was the flattest through the corners with the right amount of controlled thrust. However, I came away from it with a different conclusion. Though the Lamborghini showed a level of amazement through the corners and from the pedals, the McLaren kept everything in order. It showed what it can do without any resistance. My appreciation for the McLaren has been raised another level. 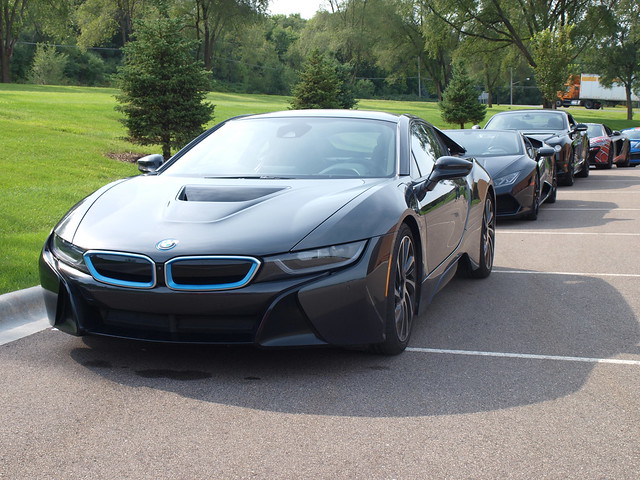 Last, but not least, was the BMW i8. Prior to this day, I personally struggled with this car. I wanted to question BMW's motivations for creating a plug-in hybrid gas/electric sports car. While entry and exit was a challenge, I got into the i8 and found it very easy to drive. It was fast, but so relaxing! This is the ultimate chill out car that goes a bit faster than most of the Roundel set. Heck of a way to finish up the day.

Two-and-a-half hours on the road with five vehicles at my disposal was a good way to take in a morning (or afternoon). It was great weather, which one cannot ask for anything else out of the experience.

For those who think you can never get to experience driving one of the greatest cars ever created, there are plenty of opportunities to indulge in your dreams. If you happen to be in the Twin Cities – or planning to visit us here in Minnesota – check out this opportunity. Tell Mr. Redmond and his staff that I sent you.

Believe me, there is nothing to make a few hours go by than driving a great car – one made for your fantasy. And, when you are asked to do so – answer the call. 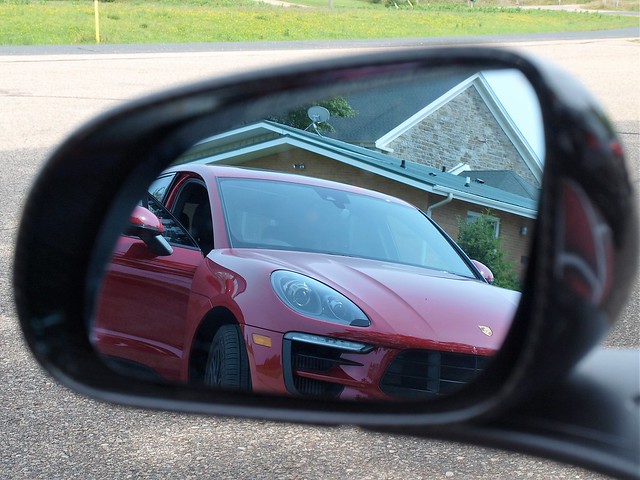