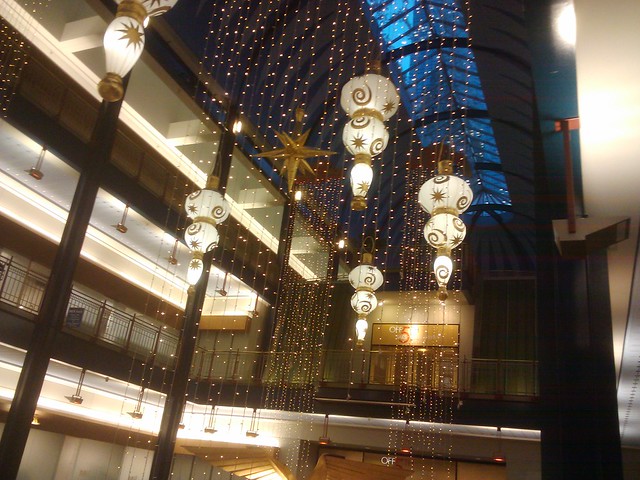 The Holidays only come once a year – sometimes in clumps.

Depending on your faith – or non-faith – the holiday that is enjoyed towards the end of the year is one where families and friends gather to exchange greetings and tidings of goodwill. Whether it is a tree, or a church or a Menorah, we honor the year’s end on a very joyful note.

Then comes New Year's. The absolute end of the Gregorian calendar. It is only 434 years old, but we're stuck with it. We celebrate this transition from the old to the new with a look back and a look forward.

Then, we looked at a television screen – at a ball on top of a building in New York City's Times Square. At least, we used to think it's the only thing in the world telling us it is "Happy New Year." Not with our interconnected world and the ability to see how Sydney, Tokyo, Dubai, Johannesburg, Moscow, London and Rio de Janeiro celebrates the New Year.

It is also a time for celebration in more enclosed areas. House parties, clubs, restaurants and bars are doing big business for New Year's. Concerts get an elevated stage with the perfect match of venue and performer. Everyone is having a great time in a communal fashion. For those who rather not spend the New Year’s alone – this is the way to ring it in!

In the USA, our main New Year's Eve tradition – the ball drop at Times Square in New York – has been around since 1907. Not only would it set the stage for other "drops" in various cities marking the New Year, but it would be one where around a million people would attend and celebrate annually. Over the years, the Times Square ball drop has grown as part of our popular culture. The ball drop was covered by radio starting in 1928, then switching to television in 1956, replete with Guy Lombardo and his band performing at the Waldorf-Astoria. From Guy Lombardo to Dick Clark to whomever is doing the hosting duties this year, New York’s Times Square would be this country’s focal point of the change in the Gregorian calendar.

Major cities took New York's cue and created their own unique New Year’s communal festival. Look at Las Vegas, Los Angeles, Chicago and Atlanta – all newly minted traditions designed for locals to celebrate in a way that could rival New York’s own ball drop. Although, if you took a survey of where people celebrate the New Year, you will find that the large outdoor communal festivals would be outranked by everything else. Consider the climate in some places – a bar, concert hall, arena or home would a warmer place to celebrate than in the middle of Times Square.

While it is cause for celebration, the tone of the New Year could easily change in a moment’s flash. It is one of the key dates where public safety departments are on alert for accidents involving alcohol use. In fact, January 1 is ranked as among the top five dates of the year where the most accidents and fatalities occur. The National Safety Council is often quoted for their statistic of 42 percent of traffic fatalities were attributed to intoxication while driving during a period of New Year Day dates from 2007 to 2012.

It is a sobering statistic that relates back to the job I do in this business. As much as I and everyone else who plead for us to make it through the New Year, not everyone listens. Not everyone cares. It’s a party, no matter what. That is what marks this date as both celebratory and kind of dark. At its core, the change of years on the Gregorian calendar is still cause for renewal, a reboot in life. Still, we want to kiss the old year "good-bye" in a way that suits where we are at in our lives.

This leads to a couple of stories I have about New Year's Eve. The first one was in 1985/86. I was 21 years old and I came to party! It at a house shared a few friends form high school somewhere in the north part of Reseda. I rented an Oldsmobile Cutlass Ciera for the occasion. The plan was to ring in the New Year at their place, head home to rest and get ready for another set of friends to come over for the New Year Day football games.

Needless to say, I forgot a few things. One, I bought a case of Sutter Home White Zinfandel for the party. I believe someone told me that I was drinking out of one of the bottles, while screaming "Happy New Year." The second was the fact that someone did a great job mixing the Screwdriver in a punch bowl. It tasted more like real orange juice than vodka-and-orange juice. 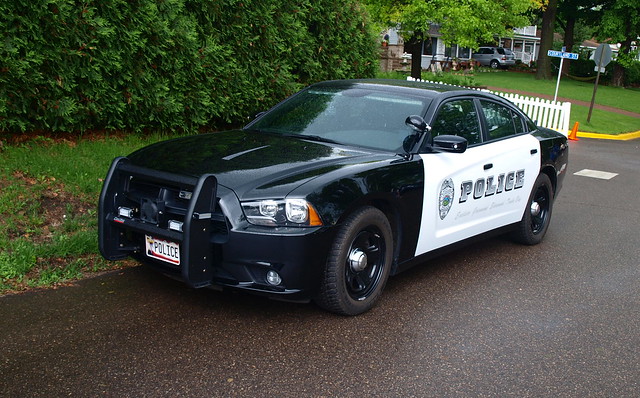 Third – and most importantly – the Los Angeles Police Department set up sobriety checkpoints city-wide. There just happen to be one a few blocks away from the party. Whether or not I was inebriated or not, I may have forgotten about the sobriety checkpoints while in the midst of drinking the night away.

Here is what I recall – or have been told what happened – about 2:00AM, I was about to leave – rental car keys in hand. I had the keys taken away and told to head to one of the bedrooms and sober up. I think I slept for a couple of hours before waking up and asking for the keys. I felt "better." Eventually, I was given the keys back and I drove home. Before I left, I was advised to avoid Tampa Avenue – where the sobriety checkpoint was located. I went on Wilbur Avenue instead. I thought I was fine, though I was very, very tired. Once I reached Victory Boulevard (about ¾-mile from the house…and essentially one half of the name of this website), I was turning left to see a LAPD patrol car heading northbound on Wilbur. I got scared and stood in position until the patrol car left the intersection. Then, I carefully headed down Victory to my house on Amigo.

I was 21 years old. I have learned my lesson about drinking and getting behind the wheel on New Year's Eve. Or, I most certainly hope so…

If you want a better view about the celebration of New Year's, be a taxi driver. That's what I did for a few years at the end of the 1980s into the 1990s in Marin County, California. I dispatched one overnight shift on New Year’s. The entire cab business gets inundated on New Year’s Eve. The celebrations are hopping beyond control after Midnight. The calls come in. The cars are bogged down with fares who are slow to exit the cab or have done something they couldn’t wait to do at the privacy of their own restroom.

There were moments when people just wanted to be in a cab to go somewhere. What could have been a ride "up the hill" might have ended up on a run over the Golden Gate Bridge into San Francisco…or beyond. With calls backed up into 2:30AM, the fares began to grab anything on the street. By 3:00AM, they were all gone. Too many cabs on the street, the calls began to trickle and the sun is set to rise again.

The money was fine. Not exactly mortgage money, but after “gate and gas” there is some profit for an early morning breakfast on New Year’s Day.

Since then, I have not been keen on celebrating the New Year. It is not because of some actual incident or for my own safety and sanity. Rather, it is about not wanting to celebrate the night away. "Slowing down?" Perhaps. Maybe it is about being safe and sane when everyone else who is single, footloose and fiancee-free is acting the fool, getting behind the wheel and maybe spend some time in the "drunk tank."

It is all of this. Except, I prefer the first morning glow of the New Year than the stupor of the night before. I might not watch the Tournament of Roses parade anymore, but that event alone is a reminder of the annual renewal of life.

However you celebrate the New Year, do so responsibly. But, please have some fun!