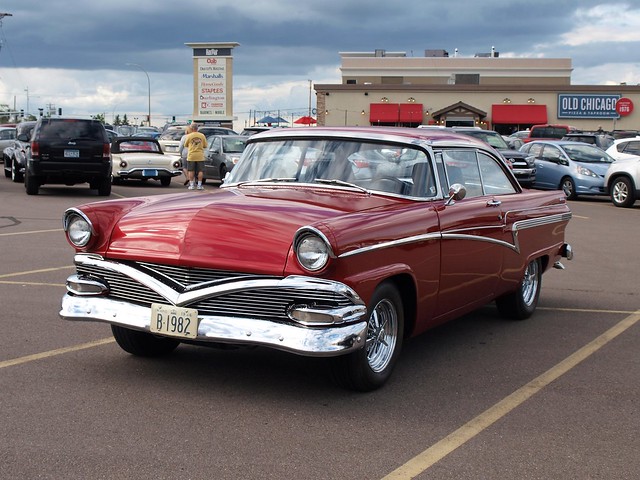 July is a patriotic month for many countries. In particular, the United States of America and Canada.

We know about the USA's contribution to the automobile. This country set the bar for mass production, parts standardization, performance and emissions control policy. It also has developed and produced some of the world's most iconic vehicles – from Ford's Model T to the Chevrolet Corvette. Even the Dodge Challenger SRT Demon!

That is well and good. But, what has Canada contributed to the automotive landscape?

July 1 – tomorrow, to be exact – marks the 150th anniversary of the Confederation of Canada. To commemorate this landmark moment, it is time to look back at the automotive history of our neighbor to the north.

Before the turn of the 20th Century, USA automakers had been starting up the business of building cars. It took a few years for Canada's own industry to start up – 1904, to be exact. Full-scale production began across the river from Detroit in Walkerville, Ontario of the Ford Model C at the Walkerville Wagon Works factory. They built 117 units for Canadian customers.

Just like the early days, Canada had a lot of automotive production sites building cars and trucks for their people. They had to since export laws in the first decade of the new century were not as refined today. Plus, there was a willingness to get to work on this new industrial technology in Canada. It seemed to be a global pattern across the industrialized world. Canada was no exception, with most of its automotive concerns centered in Windsor, Ontario soon spreading across the southern part of the province into the Toronto area.

Over time, some manufacturers emerged as leaders in Canada's auto industry. McLaughlin made their version of the Buick for Canadian customers. By 1918, General Motors came across the Detroit River to purchase the successful company located east of Oshawa, Ontario. McLaughlin would become General Motors Canada. McLaughlin-Buicks continued to be built through to 1942, where the McLaughlin name would be dropped in favor of the more global Buick brand.

Ford Motor Company emerged from its first 1904 production of the Model C in Walkerville to become its own entity. The Canadian arm of Ford had its own governance and export strategy. As Canada still was part of the British Crown, Ford used their Canadian operations to feed products across the Empire. Canadian-built Fords would be sold in Australia, New Zealand, South Africa and India.

Chrysler's Canadian operations began just after Walter P. Chrysler established the company itself. Though the company began in 1925, its main plant in Windsor did not open up until 1928. The plant remains in operation, though refurbished many times over.

By 1923, Canada was the second largest producer of automobiles – behind the USA. Since the domestic market was considered small, the more successful Canadian automakers found the export business into the British Empire as lucrative. To compete against smaller British products, Canadian automakers found ways to strike the balance of American-designed automobiles to fit British and colonial needs – and not just in steering system placement.

One such strategy found among automakers in Canada was to create unique products that reflected the wants of both domestic and export customers. McLaughlin-Buick was the most successful Canadian automobile prior to World War II, thanks to its presence in export markets. It would be after that war where you found a lot of uniquely Canadian automobiles.

Just like its neighbor to the South, Canada experienced the spoils of victory with its own economic growth. Returning members of the Canadian Forces had similar benefits to their American counterparts fueling a demand for new products. This was echoed across the British Empire, while the mother country was trying to rebuild from the remaining rubble caused by enemy bombing early on in the conflict. 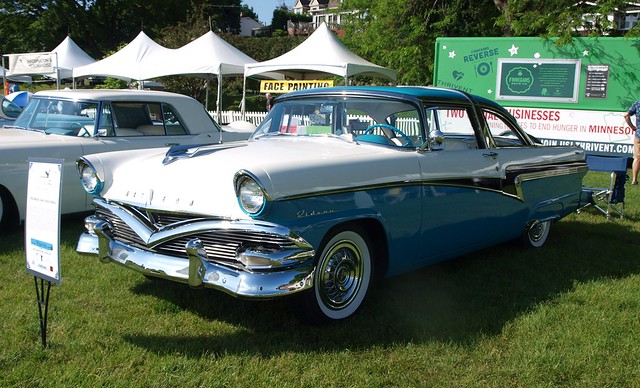 The postwar prompted various different approaches to the Canadian automobile. At Ford, two new brands were established through the new Mercury brand channel. The Monarch was a truly Canadian car, though it was essentially a Mercury with different trim. The Monarch was soon joined by the Meteor. Meteors were Fords with different trims, but sold alongside Monarchs and Mercurys. After a brief pause in the brand's progression, Meteor was reborn as a low-priced Mercury model. It would continue to be available to Canadian customers until 1981.

General Motors took a different approach to their Canadian market vehicles. Tariff laws made it difficult for GM to sell Pontiacs in Canada, since all of the arrowhead brand's vehicles were built in the USA. Instead, they took the same designs as Pontiacs across the Detroit River and built them on smaller Chevrolet chassis. This was a practice that continued well in to the 1980s. While we enjoyed the likes of Bonnevilles and Catalinas stateside, Canadians were driving in Parisiennes and Lautentians – they looked like Pontiacs, but rode on Chevrolet frames.

Pontiac also badge-engineered other Chevrolet models. Chevy IIs became Acadians, while Chevelles were sold as Beaumonts. They even sold Vauxhalls in Canada under its own name – Envoy. The latter line was sold at Chevrolet and Oldsmobile dealers across Canada.

Chrysler took a similar approach as General Motors, but on a more subtle scale. What Chryslwer did was to lower development and production costs for Canadian market vehicles by combining the parts bins for Plymouth, Dodge and DeSoto automobiles. The result were new grilles for Plymouth as sold as Dodges or DeSotos. A Canadian Dodge would have a Plymouth dashboard. Some unique models did come out of these mash-ups, such as the DeSoto Diplomat, Dodge Kingsway, Mayfair, Regent, Crusader and Viscount.

One American automaker that found success in Canada was Studebaker. At their Hamilton plant, they supplied Canadians with plenty of Larks towards the bitter end. That bitter end came two years after the company's main plant shut down in South Bend, Indiana, as the last Studebaker rolled off of the Hamilton plant in 1966.

Around that time, a new agreement with the USA came into play. In 1965, the Canada-United States Automotive Products Agreement removed tariffs for products on either side of the border. While it opened up the sales of cars built on either side of the border to each other's sales channels, it was quite controversial. Controversial enough for the World Trade Organization to deem it illegal in 2001. By then, the North American Free Trade Agreement was enacted, which made the Auto Pact a relic in its own way. 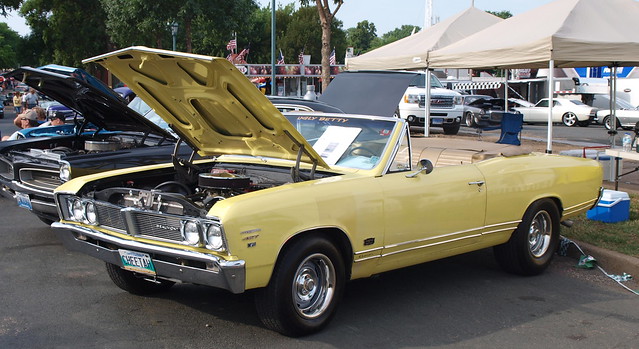 As the practice of making Canadian versions of USA automobiles were waning due to the Auto Pact, there were other developments happening there. Canada's had a wider trade catchment than the USA. They also had different regulations for automobiles in terms of emissions and safety. Therefore, importers were keen on bringing products that American customers would turn a blind eye to.

Renault in Quebec capitalized on the Francophones want of looking to their ancestral home – instead of the Commonwealth's allegiance to the British Crown. Therefore, Quebecois consumers had an expanded lineup of Renaults available to them – including the Douvrin V6-powered Renault 30.

Under the Pierre Trudeau government, Canada had a solid trade policy with the Soviet Union and its allies. Therefore, Canadian car buyers had the choice of cars from the Eastern Bloc. In Toronto, a car buyer could get a new Lada or Skoda in the late 1970s and 1980s. I recall during my first trip to Toronto in 1997 encountering a Lada Samara for sale at a used car lot east of downtown. I do recall that the price was really cheap.

If there one success out of all of the unique imports to Canada – it was Hyundai. Prior to its arrival in the USA, Hyundai did a lot of business across Canada with the sales of their Pony and Stellar starting in 1984. Having a two year advantage over its arrival south of the border, Hyundai showed that an inexpensive car with decent quality can do well in the marketplace. Today, Hyundai is one of the leading import car brands in Canada.

Still, there were cars that continued to be unique to the Canadian market – even today. Pontiac continued to sell rebadged Chevrolets in the 1980s and 1990s, such as the Tempest sedan. For those unfamiliar with a 1990 Pontiac Tempest – it was a Chevrolet Corsica. Today, you can buy a new Kia Rondo, a Nissan Micra or a Mercedes-Benz B 250 – the gas-powered one, not the EV sold in the USA – that you cannot find here in the states.

In regards to NAFTA, another development occurred for automotive production in Canada. Int he past, non-USA manufacturers build plants in Canada for both domestic and export markets. Volvo had a plant in Halifax, Nova Scotia from 1963 to 1998. Hyundai actually had a plant in Bromont, Quebec from 1989 to 1993. That plant was a victim of a decline in sales for Hyundai due to quality issues, bad exchange rates for the Canadian dollar and missing targets for NAFTA trade standards. 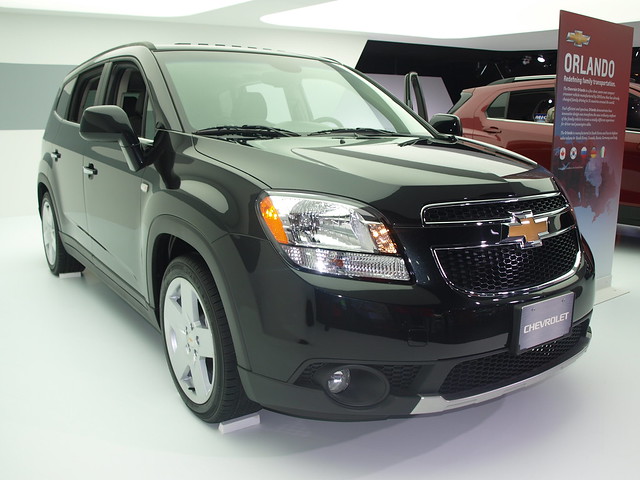 Yet, when Suzuki and GM agreed to do an incorporated joint venture in Ingersoll, Ontario, they broke open a new wave of production activities by mainstream Japanese manufacturers. The CAMI plant supplied domestic and export markets with a mix of Suzuki-designed products for various sales channels. When the first units rolled out in 1989, they were destined for Suzuki, Chevrolet, GMC and Pontiac dealerships across North America. Suzuki would pull out of the venture in 2009, leaving it to build strictly GM productions through today.

From CAMI came the arrival of Toyota and Honda with their plants in Ontario. Toyota's plant in Cambridge builds the Corolla and the Lexus RX for North American markets, while Honda's Alliston plant makes the Civic and CR-V. The huge difference between these two plants and the ones operated by GM, Ford and Fiat Chrysler Automobiles is the same we found here in the states – the difference between unionized production plants and non-unionized ones. Unifor is the standing trade union for the automotive industry in Canada and have contracts with Detroit's three main manufacturers in the country. Toyota and Honda operate without union representation in Canada.

Over the decades, the Canadian automotive industry has continued to be a base of economic and industrial for the country. It worth part of the celebration of the 150th anniversary of the Commonwealth. Currently, it is the ninth largest automotive producing country in the world.

Yet, if there is a throughline for which has dogged the automotive industry in Canada – it would be a search for a Canadian identity. The late CBC host Peter Gzowski often discussed what a Canadian identity is supposed to look like. He done so in the face of CBC producers and executives not wanting to pursue such conversations even after the country celebrated its 100th anniversary with the unveiling of the Maple Leaf flag. Yet, Gzowski had a point – why be a nation if you cannot have an identity befitting of one?

On many fronts, there is now a Canadian identity. It is still forming, but it is far from perfect. Part of that imperfection is the lack of a Canadian automotive identity. One could argue that there is little difference between a Canadian automobile and anything else. Canadian enthusiasts do the same things to their rides as Americans do – from stanced sports compacts to lifted trucks.

It would not be fair to impose a different national ideal upon Canada. They strived to get to the point of national pride over the past 150 years, yet are far from gaining a place where the Canadian dream and identity is fluid and available to everyone.

On an automotive level, perhaps a Canadian celebration of 150 years of Commonwealth status should include a parade with the McLaughlin-Buick or a Meteor or a Pontiac Beaumont. It would also feature a Hyundai Pony and an Acura EL. Maybe a running Lada Signet?