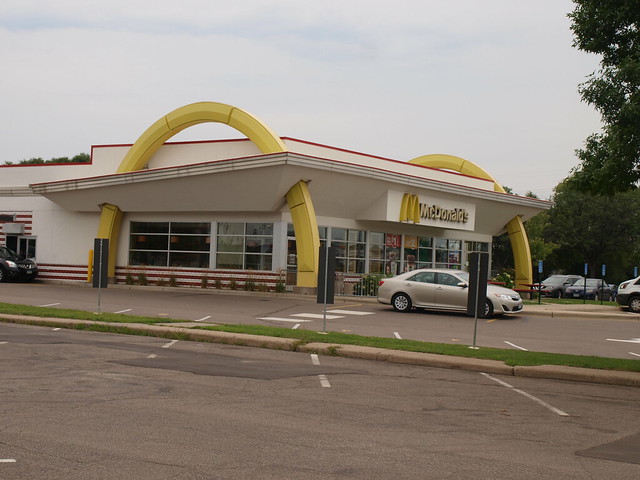 Fast food is bad for you.

That is what a lot of medical professionals and organizations full of them say. Dietitians and health advisors tell us to stay away from fast food since it is loaded with calories, fat, questionable ingredients, high levels of sugar, salt, and can cause terminal diseases. It is considered the cause of global obesity.

Had we known that in 1921, we would be a healthier world, right?

The double-edged sword of fast food was the growth of the popularity of the automobile. It seems that they do go hand-in-hand with the change in eating and health habits. In this country, fast food cuisine is tied to the advent of the drive-in restaurant and the drive-through window. The automobile had plenty to do with these types of dining.

The idea of "fast food" did not start in 1921 – and in this country. There have always been "street food" for centuries – seen in places, such as Ancient Rome, dynastic China, and other parts of the world. Vendors in carts, stands, and so forth have been a staple in many cultures for as long as civilization was developed, but you wouldn't know it by watching any food-related show or YouTube channel these days. 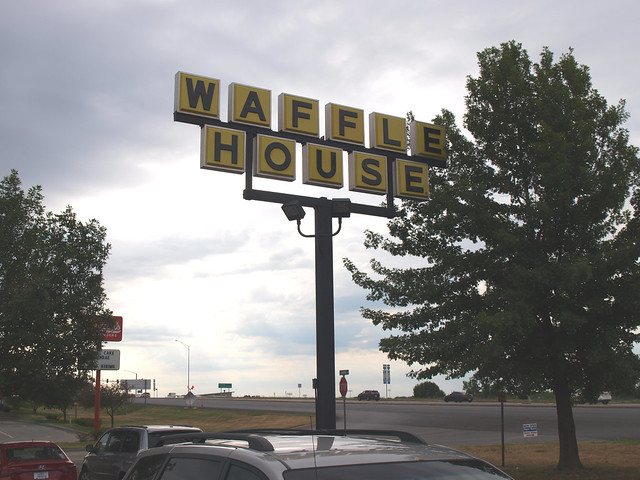 The fast food phenomenon really took off in London. A simple meal of breaded fried fish with "chips" – fried strips of potatoes that Americans call French Fries – was the original "takeaway." All wrapped in newspaper, this meal was inexpensive and quick for the masses of the city. Fish and Chips were convenient to the working class in 19th Century England.

The staple of fish and chips would see its own transformation into a chain of shops by 1928. One such chain began in West Yorkshire called Harry Ramsden's. Today, the 90-year-old chain is still going strong with key locations across the UK.

In the USA, it would not be fish and chips that would spark the craze. As I mentioned earlier, it would be the automobile that would give birth to two distinct chains of restaurants focused around serving the automobile: White Castle and A&W. 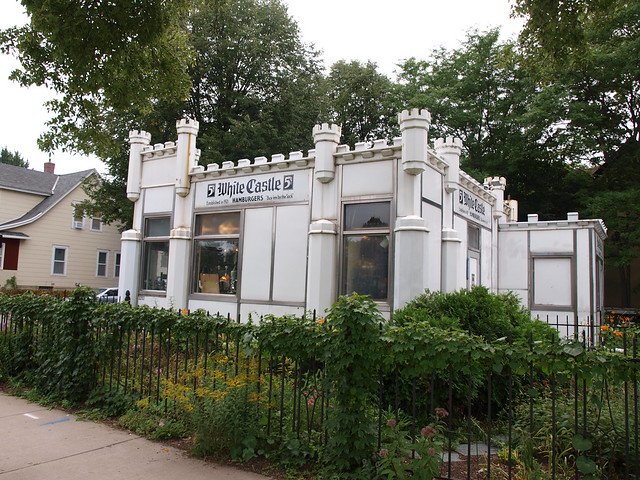 White Castle came about as a way to serve food to automobiles on the go. Wichita, Kansas was where it began serving hamburgers in 1916, but things really took off after a second White Castle was open in 1921. The price of one of their hamburger was five cents. You can walk up to White Castle and see how they were making your food – an innovation for a restaurant of its kind during that time.

In 1919, A&W began serving root beer at a roadside stand in Lodi, California. Two years later, locations began popping up around the San Joaquin Valley in Stockton and Sacramento. A&W was one of the first to start a drive-up service with "tray-boys" serving food at curbside. They would soon franchise their restaurants across the country by the mid-1920s.

Another fast food innovation came in the mid-1930s when Howard Johnsons opened up their restaurant chain, along with similarly-branded motels. The restaurants had standardized menus and signage – branding, as we call it today. This was done by both A&W and White Castle, to ensure that when someone travels across the country, they would know where to stop to get standard menu items. Howard Johnsons took that a step further and on a wider scale.

Fast food is not all about hamburgers and fish and chips. Fried chicken was also a quick-eat staple across the USA. In 1930, Harland Sanders opened up his chicken stand out of a former Shell station in North Corbin, Kentucky. Eventually, that stand would grow to a franchise operation across the country – and around the world – by the brand of Kentucky Fried Chicken. We now call it KFC, as part of the larger fast food empire called Yum! Brands. 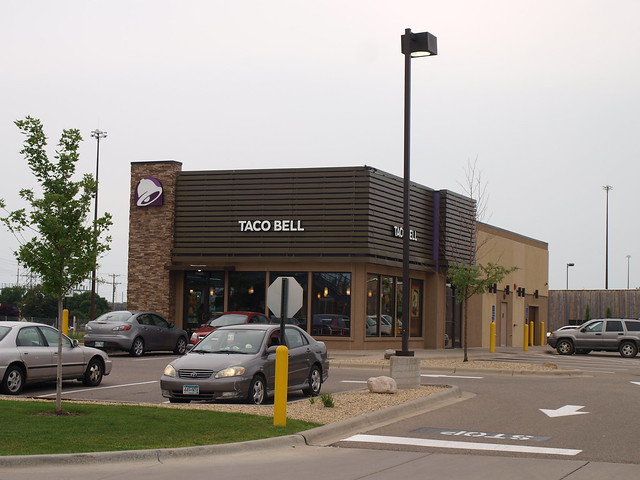 Yum! Brands also own Pizza Hut and Taco Bell. Pizza Hut is not the first such restaurant chain to serve their version of the Neapolitan delicacy, but it has become the largest. They began in 1958 with a single location in Wichita, Kansas. They have grown to 13,728 locations worldwide.

Mexican food has always been the domain of street vendors in its home country. To do in a fast food environment is tricky because of a larger audience and to placate different palettes. It comes as no surprise that Taco Bell had been criticized for making celebrated Mexican dishes to "American" tastes. They began in 1962 in Downey, California and have grown to be the world's leader in the cuisine – as unauthentic as it is.

It took the end of World War II to kick-start the next revolutions in fast food. Carhop service became popular in the 1940s, which enabled restaurants such as A&W to grow and focus on the convenience of delivering food directly to your automobile.

We also saw the birth of a wave of chains that would help shape the future of the restaurant business. In 1940, a new restaurant opened up in San Bernardino, California that would become the largest chain of fast food establishments in the world. It was not until Ray Kroc came on board to sell franchises for the McDonald brothers. Kroc would buy out the McDonald brothers and set the world in motion with inexpensive hamburgers, French fries and, eventually, the Big Mac. The latter did not show up on the menu until the late 1960s and has become the signature menu item for McDonald's. 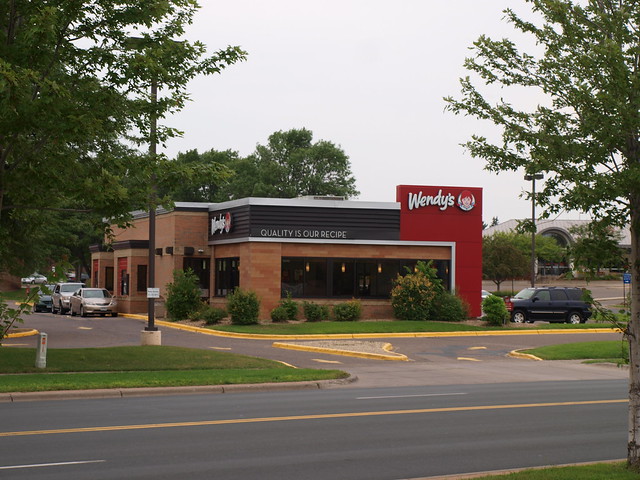 Later on, in 1953, a hamburger restaurant opened up in Jacksonville, Florida that served them fast for their customers. The restaurant was called Insta-Burger King. You now know it as simply Burger King.

Today, there are 33 global brands of fast food restaurants. They serve a host of different foods, such as hamburgers, submarine sandwiches/hoagies, Mexican food, pizza, donuts and pastries, coffee, chicken, frozen yogurt, Asian cuisines, and so forth. Not every fast food conglomerate began in the USA. Canada prides itself with Tim Horton's being a national treasure while welcoming Jollibee franchises to their country. Jollibee is a Philippines-based restaurant set to open up 100 stores across Canada. Thailand's The Pizza Company has spread their brand across Asia and the Middle East.

Another such fast food conglomerate is South Africa's Nando's. They have been opening up locations worldwide, including a few in and around Washington, DC and a dozen locations in Chicago. They serve a variation of Peri-Peri chicken, which is a Portuguese influenced Mozambican cuisine. If there is one place I'm curious about – it's this one!

The tie-in with the automobile and fast food dining created a winning combination for convenience. Chains who position themselves along an Interstate highway reap the highest rewards. If a state operates a toll road with a service area full of nationally recognized food chains, that becomes a greater bonus in terms of convenience. 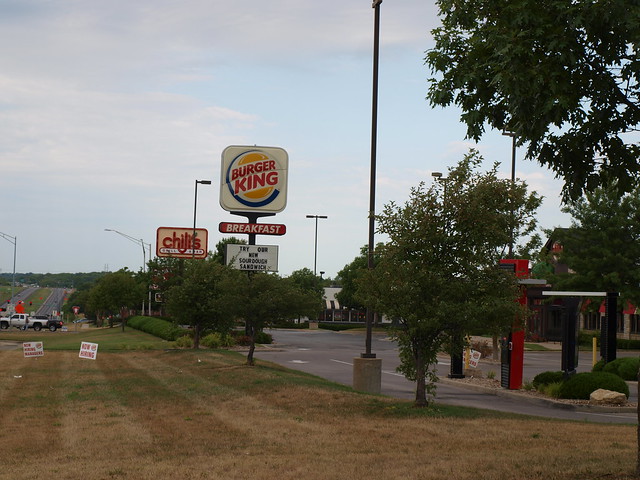 Yet, the win seen here may be on a company's bottom line. The cycle of fast food convenience also has another effect on their customers. It is a struggle between maintaining one's health and the convenience and affordability of fast food. We have seen plenty of studies pointing to the rate of global obesity, as related to inexpensive foods served up by these fast food restaurants. It is a sad fact that we should be talking about this in this article, but there is some truth and evidence of this.

Are there healthier alternatives out there? There are! Some chains have popped up, but only a few have been able to reach a wider audience. The main fast food chains have been working with their own solutions for healthier diets, yet none of them can yield in the big money as their more popular menu items. Give them credit for trying.

As much as we want to keep from getting hungry on the road, there are plenty of food options available. The default of fast food may be a double-edged sword between convenience and health, yet we cannot ignore those golden arches, the smiling Colonel, or the purple bell when we traverse this nation in our automobile.