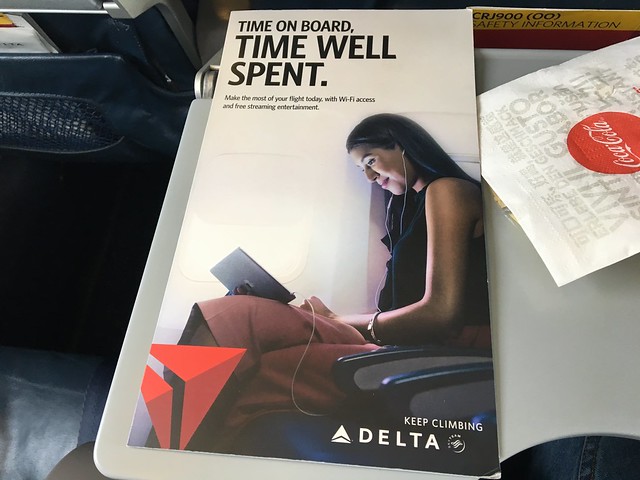 …indeed! All Photos by Randy Stern

I arrived from my trip to the Chicago Auto Show this past Friday. The memory of a successful show still lingers. It was a great trip overall.

However, there is nothing like getting psyched up for a flight to the destination…and wind down on the one coming home.

Though the destination and the work done there are the centerpieces of any trip, it is the journey there and back that bookend a good trip. When everything clicks perfectly, that is considered a great trip.

Over the years, the amount of flying have fluctuated over the years. Some years, I've seen more of Minneapolis-St. Paul International Airport than I ever anticipated. Other years, I felt that going to MSP is indeed a special occasion. Either way, the airport is a familiar location – whether it is Terminal 1 or 2. I have my routines when I check in, go through security and when picking up people there.

Which airlines do I choose to fly? That's an interesting question. On business trips, I found that my airline selection is based on what the host manufacturer’s travel service uses to get me to their event. In every case, this has been Delta – the primary airline at MSP. In fact, Delta and Northwest – the airline that once ruled MSP until its merger with Delta – carried me on more overall flights to and MSP than any carrier in my 13 years of being a Twin Cities resident.

When it came to trips that I booked myself on, my choice of airline was based on either frequent flyer program points available for free/discounted travel and airfare. For the last twelve months, I flew on Delta, American, Southwest and United on flights – all to/from Chicago's two airports. In prior travel, Sun Country, Virgin America, Alaska and Frontier were also utilized for personal or business travel. Sun Country is also based in the Twin Cities and offer nonstop flights to mostly leisure destinations.

After this and an upcoming trip that is being planned, I can say that I no longer have a certain airline that I am loyal to above the rest. I do have a strategy in my travel planning – especially when I am doing the reservations.

Consider that I live in a huge hub city. The dominant airline of this area employs thousands of people locally. Delta is a good airline and offer nonstop flights from MSP to a lot of places I wish to go to – domestically and internationally. The rest of the strategy is quite simple: try to fly a different airline for every trip. Simple enough, except Minneapolis-St. Paul does not have all of the carriers available in this country. Certainly, I can live without JetBlue, but it would be nice to have an even better variety available to this market.

There is one airline that might not be used for this strategy: Spirit. It is not because they are a bad airline – though a lot of feedback I heard points to a lot of pitfalls flying with them. It is because they are very restrictive on their deepest discounted fares to be able to economically use them – even for a day trip to Chicago. Once you present a backpack that looks larger than their most basic sizing requirements, I get dinged for an extra cost. If it is justifiable and I can afford to do so, I'll pay. If not, I'd rather pay a fuller cost on another carrier. 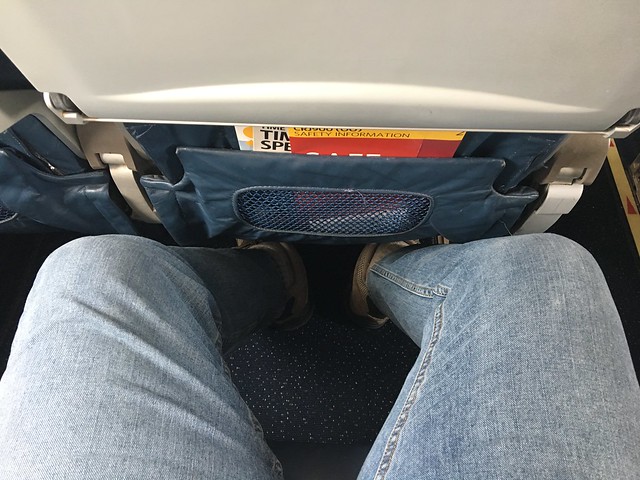 This prompted some thought here. I have done plenty of flying in my time, primarily within North America. I often wondered why I choose an airline to go somewhere and whether the experience was positive or not. We often choose our carriers out of loyalty, but rather more for necessity out of price, availability and convenience.

This is very true throughout my life. I remember flying Pacific Southwest Airlines since I was a child because it was the most dominant carrier at nearby Burbank Airport. I know that a lot of Californians are fond of the old smiling jets, but I found them quite semi-friendly. If you wanted to go to the Bay Area in the 1970's and early 1980's, PSA was theoretically your only choice out of Burbank.

By the mid-1980's, I switched carriers to TWA out of Los Angeles International Airport. They offered rock bottom fares to both San Diego and San Francisco and flew wide-body jets to both places. Remember the old Lockheed L-1011? They would come in from either Kennedy Airport in New York, Dulles Airport near Washington, DC or Heathrow in London then would continue up or down the coast. It also gave me an opportunity to sample other airlines, such as Delta, Western and America West.

There is a pattern I've noticed when I would relocate to another region. I would switch primary carriers as to the needs of my travel. In the case of the San Francisco Bay Area, I would fly Delta for most of my travel than others. In fact, Delta would be the carrier of my first transcontinental flight ever in 1993 – San Francisco to Boston via Cincinnati. I would continue to fly Delta even when I moved to the Washington, DC area, however the majority of my flights would be on US Airways. Just a bit of history, ten years before my move east, PSA merged into USAir. It seems that I was essentially returning back to my original airline on another coast, where in fact it is a vastly different airline than the one I flew on the West Coast.

Mergers and acquisitions of airlines played a part of retaining memories of old airlines and memorable trips. The aforementioned Western merged with Delta around the same time as the PSA-USAir merger. I flew Western for my first interstate trip to Phoenix over 30 years ago. They were quite the airline, serving complimentary sparkling wine on board. That explains the old commercials of the cartoon bird that held a champagne glass while riding the tail of a jet. No wonder he would coo that Western was the "only way to fly."

My other main air carrier in my life, TWA, would merge with American in 2001. Though it brought a multitude of memories on the West Coast, it also served as my carrier for a special trip to America's heartland: Madison, Wisconsin. It was also a point of comedy as the friends who met me at Dane County Airport witnessed my arrival in a Jetstream 31 turbo-prop commuter plane out of St. Louis and swore I came in on a mosquito.

I do remember America West. It took me home from my first trip to Phoenix – the one where I flew Western inbound on. This airline played a role in perhaps the most significant chapter in my life. In 1996, I flew America West to Philadelphia on my first East Coast trip for Gen-X Bears. As I was heading for Phoenix for my last stop on the GXB "tour," my America West flight was delayed to not meet my connection in Columbus. Instead, I was put on a USAir nonstop flight that got me into Sky Harbor an hour later. Little did I know what would transpire ten years later to put both of these carriers together…and, eventually merge with American.

The last of the "lost" airlines I flew was Midwest. They were a Milwaukee-based airline that offered great fares and better service at the time. They were my carrier on my 2008 trip to Toronto – changing planes via Milwaukee. Since then, they have been folded into Frontier.

This where the story picks up. So far this year, I spent quality time with Delta into Midway and leaving out of O'Hare. I found good comfort and a smooth ride on each of my flights. I was happy to see my bags at the baggage claim carousel on both ends. All of this equals to a happy traveler.

The next trip is…well, I better keep you in suspense. Let’s just say that while flying is not what it used to be, sometimes it is the only to get somewhere quickly and, for the most part, comfortably.