It was 2009. The clouds were looming over Renaissance Center as to how to exit from its Bankruptcy case after taking Troubled Asset Relief Fund money. Amid the sell-off of General Motors' "old" assets, the automaker also announced the wind-down of the Pontiac brand off of their product portfolio. This was the second brand that GM eliminated in the 2000s.

It was not without soul searching for a justification to keeping it. Since its inception, the brand always had an identity crisis. At first, the Oakland Car Company turned out some pretty good cars back in the 1920's. Corporate efficiency integrated Pontiac into a brand that was just slightly upward in the pecking order of North American offerings. In Canada, Pontiacs were also built on Chevrolet chassis for local consumption.

It wasn't until the late 1950's when Pontiac began to forge a different image for itself. It began to differentiate from the rest of GM not by design, but by asserting its performance image. The full-sized 1962 Grand Prix sparked a different kind of muscle car as it exuded mid-level luxury with big engine grunt. The 1964 GTO gave the mid-sized Tempest something affordable and fast – starting the trend of mid-sized muscle cars. In 1967, the Firebird joined a growing number of pony cars that were smaller, lighter and packing a huge wallop under the hood. 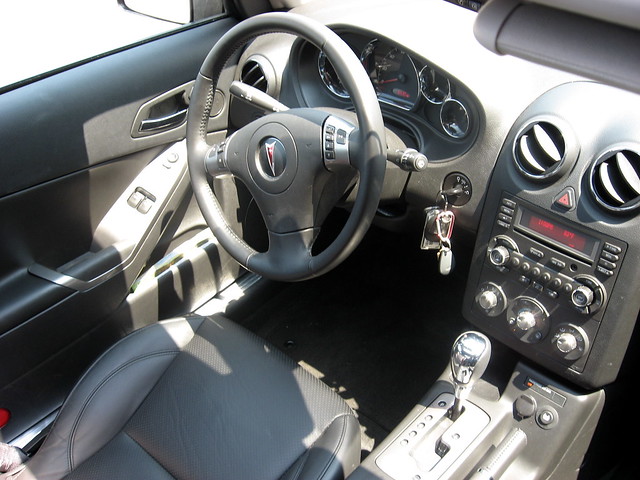 This is where the story picked up for me. I always thought that Pontiacs were different because they exuded a sporty image. No matter which GM platform they slapped their badge and split-grille on, you can count on sporty details outside and in. The instrumentation glowed in red while the switchgear had a "sporty" feel. Sometimes, this was executed well. Other times, not so much.

Even badge-engineering seemed to fall short for Pontiac. The Chevrolet Chevette, itself a version of the Opel Kadett and the Isuzu Gemini, grew the arrowhead for Canada's Acadia and, later, the T1000. Was it sporty enough to be a Pontiac? It is as you’d ask whether the Chevette was worthy to share its platform with a German or Japanese compact.

When the Fiero came out, the buzz was that it would become a sporty two-seater for the commuter set. However, enthusiasts wanted more than just an economic, sporty, mid-engined two-seater. After the Fiero GT arrived, now equipped with an up-rated version of GM’s corporate V6 dropped into its narrow engine bay, Pontiac saw the backsides of many potential customers heading elsewhere.

Since 1985, I've driven my share of Pontiacs over the years. Some of which were quite good for my taste. Others…you might say they were uninspiring at least. Here’s a few of the Pontiacs I've driven over time. 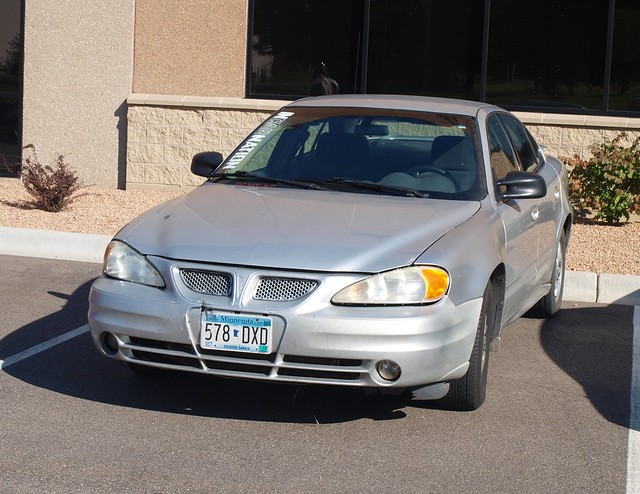 PONTIAC GRAND AM (1985-2005): You always remember your first. In my case, it was a trip to Phoenix in 1985 and Hertz came up with a four-door Grand Am in tan. A bit cramped, but I shrugged my shoulders and soldiered on through the Valley of the Sun. Since then, I had a lot of Grand Ams spanning over three generations. Pontiac sold many of these cars to both retail consumers and fleet customers, but you had to wonder what GM was thinking with the extra plastic cladding on the lower part of the body to attract these customers equally. When did automotive design devolve to this? However, some Grand Ams were more equal than others. Cars with V6 engines gave the right foot a blazing sprint. Third generation models were saddled with improved four cylinder motors, especially when they dropped the 2.2litre ECOTEC into the engine bay. Talk about taming the beast! However, I will admit that the sometimes-maligned Twin Cam 2.4litre motor was just as good (the ECOTEC was miles better in terms of reliability, though). In the end, its successor would show the way of how to make a Pontiac compact/mid-sizer even better. You can’t be as thoroughly entertained as you would in a Grand Am.

PONTIAC FIERO (1984-1988): A brief run in a 1987 GT with the mean 2.8litre V6 gave me a chance to sample why this mid-engined albatross failed. It certainly had promise, as long as one did not drive the four-cylinder base model. You sit lower than most sports cars, though you’d think you’d wish you were in a Fiat/Bertone X1/9. On second thought – no! You actually sat slightly higher in a Toyota MR2 – which is more comfortable than a Fiero! The MR2 was a better proposition than the Fiero. There is one thing to be said about a Fiero GT: They're good fun when they run. 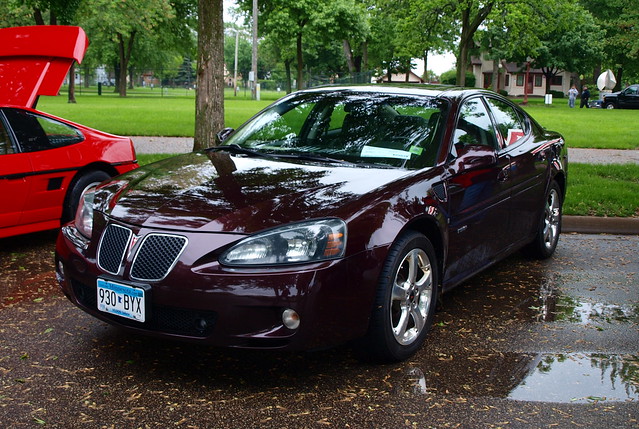 PONTIAC GRAND PRIX (1997-2008): As I mentioned before, the Grand Prix began life as a two-door full-sized hardtop with a huge monster engine underneath the hood. By 1969, the car was transferred onto the mid-size platform with a svelte body and the longest hood of any car in production. As the generations rolled along, Pontiac’s image was soon lumped onto the GP after the Firebird flew the coop. The sixth generation was indeed an improvement on the last, but you swore that the switchgear was as cheap as you can get from the Dollar Store. It rode OK. Not the greatest car Pontiac ever built, but it certainly did the job as a full-sized sedan. Then, the GP’s final iteration arrived. It was bold, heavy, and very Pontiac. Some parts of it were useless, others were brilliant. A drive in the GXP with its 5.3litre V8 and you had a tire-chirping monster that would hunt down Bimmers and Audis. Otherwise, you had a big sedan with an old-tech V6 and plenty of carryover from the days when Pontiac design meant over-designed plastic cladding on the lower body. It died unceremoniously on the fleet sales list.

PONTIAC LE MANS (1986-1993): Before we were inflicted by the Daewoo brand. Before GM outright integrated the South Korean automaker for the exploitation of the Chevrolet brand…we received this thing. Pontiac dealers wanted a distinctive compact to compete against Hyundai and everyone else. What we got was a Daewoo-built version of the Opel Kadett/Vauxhall Astra. It wasn’t pretty. It wasn't well built. It didn’t inspire confidence on the road. Believe me, we had bad Pontiacs before. This one was rinky-dink alright! Driving it would be described as flogging a shoebox around the room with one shoe in it. It's that bad. 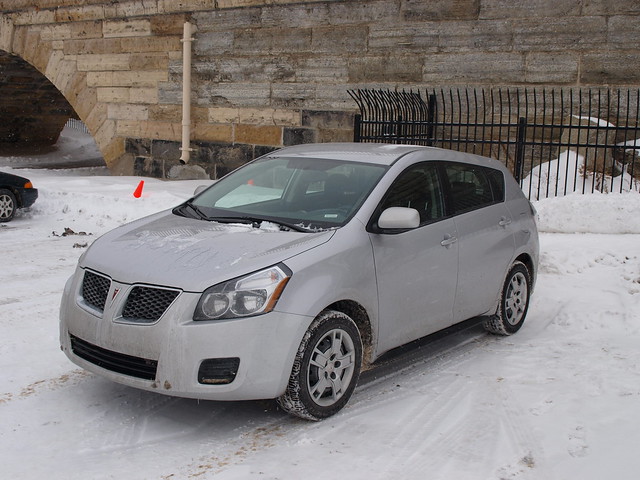 PONTIAC VIBE (2003-2009): Wasn’t this supposed to be the one to close out the brand? Instead, GM felt compelled to yank the vehicle to leverage the end of their joint agreement with Toyota at NUMMI's plant in Fremont, California. While it roamed our planet, this small crossover brought smiles to a lot of people I know. It also helped move my closest friend from Northfield to Minneapolis a few years ago. It was found a way to drive up a steep icy slope near the Stone Arch Bridge with its amazing interpretation of traction control. This small station wagon, built on Toyota Corolla's platform, gave Pontiac consumers a choice for many people looking for efficiency, room and utility in a compact package. Don't worry; these reliable machines will be around on a pre-owned vehicle lot near you. 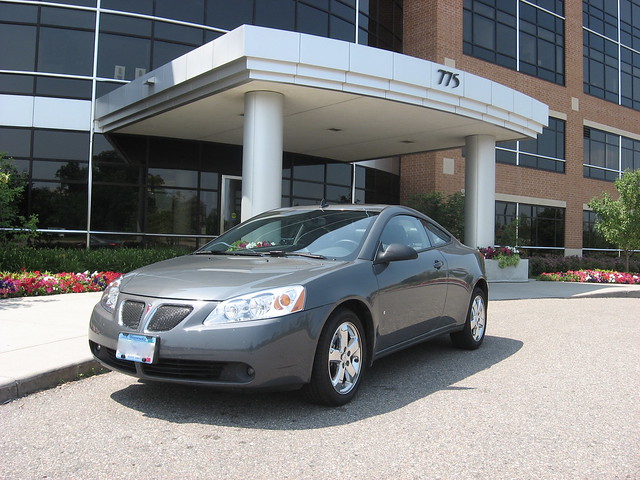 PONTIAC G6 (2005-2009): GM’s global Epsilon platform provided Pontiac with its best execution of the mid-size line. The platform was ripe for a car that embodied what Pontiac intended for its customers. Execution wasn’t superior, but it certainly did the trick. I lost count on the number of G6s I’ve driven, but they added up to various degrees of fun and frolic from basic four-cylinder models to GT coupes to the horrendously ugly (and brutal) GXP sedan. It is perhaps the best Pontiac I’ve ever driven. Sadly, I’ve yet to drive either the Holden-sourced GTO or the G8. I’ll bet they’re even better…