It is a small wonder that delivers a huge boost. It creates power – both on the high and low end – when mere cylinders could do the same job. Yet, it has become the fastest growing piece of engine equipment to be installed on vehicles across the board – from tiny city cars to huge pickups.

What exactly is a turbocharger? All of the sites where definitions are valid agree that it is a "turbine-driven forced induction device that increases an engine's efficiency and power by forcing air into the combustion chamber." The term used for this action is simply called "boost." If an engine could only put out a certain amount of power and torque without a forced induction device, a turbocharger would increase by an additional percentage adding more to both top and bottom end. In the past, there was a lag before air could spin the turbocharger to gain that extra horsepower. Nowadays, turbocharger boost happens sooner than you think – as soon as your foot hits the accelerator. There has been more technology and an extensive use of intercooling for the turbocharger to enable better management of boost.

Turbochargers are not a recent phenomenon. Its history goes back to a patent for this device in 1905 by an Austrian engineer named Alfred Buchi. His invention was more of a compressor that forced air into the combustion chamber, driven by exhaust gasses. Early applications were made in the aviation field during World War I when the French installed turbochargers on their fighter planes. This was followed by General Electric, when they attached a turbocharger to their Liberty V12 aircraft engine. Instead of the turbine device we all know and love, these were more designed as superchargers – a forerunner to the one attached to Fiat Chrysler Automobiles' Hellcat V8 engine.

After years of aviation application, the first automobile to attach a turbine-designed turbocharger was a General Motors car. To boost performance from the all-aluminum 3.5liter V8, Oldsmobile attached a turbocharger to it and popped in under the hood of a 1962 Oldsmobile F85. The Jetfire V8 pioneered the idea of boosting performance using a turbocharging device. The same turbocharger found is way onto an air-cooled horizontally-opposed six-cylinder engine installed at the back of a 1962 Chevrolet Corvair. The Monza Spyder and Corsa began a revolution of slapping turbochargers on engines that really needed the performance boost. By 1966, the turbo option was eliminated from the Corvair lineup. During its short life, no one ever thought that the little turbine would be the way of the future.

Nine years later, the turbocharger returned. Porsche saw what GM did to its Corvair and improved upon it. It made sense, since the 1975 Porsche 911 was powered by an air-cooled horizontally-opposed six-cylinder engine – though engineered more efficiently than the Corvair's. The early Porsche turbos were a sensation, opening up a new level of performance only dreamed up by the brand’s enthusiasts. The idea was to get race car performance in a road car, without sacrificing the comforts known in a 911.

The original Porsche 911 Turbo – known as the 930 Turbo Carrera here in the states – is still iconic. The whale tail alone created a dramatic presence for what was underneath it. The output of that 3.0liter air-cooled six cylinder with the turbocharger was post-SAE rating of 260 horsepower. Back then, that was a number reserved for exotic cars. Yet, performance was an interesting mix of exhilaration and massive turbo lag. Back then, a turbocharger was simply on its own without the aid of intercoolers and computer programming. Porsche opened up the door. Somehow, they left it ajar for more turbocharged experiments. 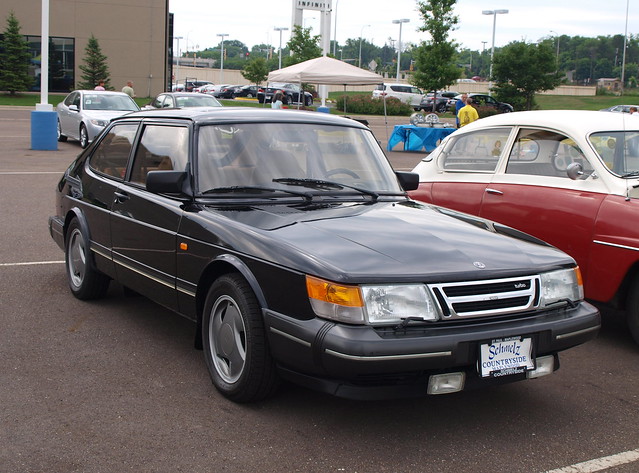 In 1978, Saab took a chance on turbocharging. Their Triumph-designed slant four-cylinder, water-cooled engine was already a powerful beast. It won its share of rally wins and SCCA runs. It also offers excellent traction from its front-drive platform. A 99 three-door hatchback welcomed the addition of a turbocharger to its slant-four engine putting out 143 horsepower – an improvement over 116 horsepower on the naturally aspirated version. In America, the turbo was soon transferred to the new 900 model line for 1979.

Around the same time, GM reintroduced the turbocharger to Buick's 3.8liter V6. When GM downsized the A-body midsized cars, they made good use of Buick's 3.8liter V6 for the new Regal coupe. The turbocharged version of the 1978 Regal opened up a legend in performance later in its life. The original Sport Coupe models were a mix of luxury and performance, but once Buick rolled out the 1982 Grand National – it brought high performance back to the tri-shield brand. It sparked a series of turbocharged legends – the GNX and T-Type – that enthusiasts continue to enjoy today.

Turbochargers were not just for gasoline engines. Mercedes-Benz introduced the first turbocharged diesel engine to North America. The five-cylinder diesel engine received the benefit of turbocharging, which became more of an innovation that would change the way diesels would run. Diesels had always had a problem with performance. To ensure that diesels were able to keep up with other vehicles, more power was needed on the low end to improve off-line acceleration. The result was a dramatic increase in torque on turbocharged diesels with improved initial acceleration times and lane-passing response. The onset of the 300TD and 300SD models was simply the beginning of a new chapter for diesel cars.

When the 1980s rolled in, turbocharging was becoming less of a curiosity and more of a desirable option for enthusiasts. The Porsche 911 Turbo solidified the future of turbine forced induction, while Mercedes-Benz found a way to make it more powerful and efficient. Saab and GM were playing in this sandbox with more jumping in. In 1981, Volvo joined the boosted ranks with is 242GT. Mitsubishi arrived in the USA in late 1982 with a trio of cool cars – including the Starion sports coupe. It became the first car offered in this country with a turbocharger standard.

Chrysler added a turbocharger to its new 2.2liter four-cylinder in 1983 for several 1984 models – including the Dodge Daytona Turbo and Chrysler LeBaron. Isuzu introduced the Impulse Turbo in 1985. The list of new turbocharged models kept on growing through the decade and by various manufacturers.

The 1980s was also an era of innovation for turbocharged engines, as intercoolers and new engine management systems helped to extend the life of the turbine device, as well as finding more power and ensuring efficiency under load. These innovations addressed some of the failings of turbocharged engines. Without proper cooling and the more thoughtful engineering, turbochargers would give out early – as low as 60,000 miles in. 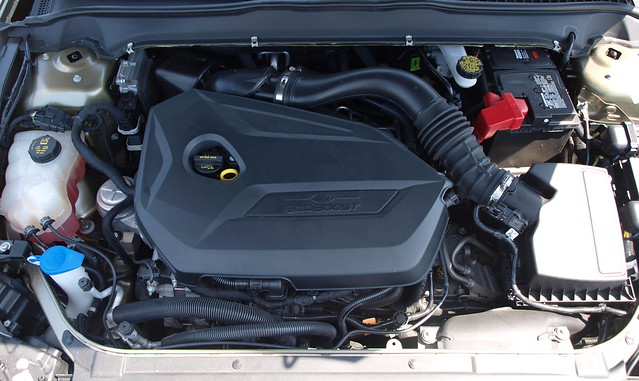 The biggest challenge was to find a way to minimize turbo lag. If the turbocharger added power and torque to an engine, how could you get the extra power sooner within the initial revs? That lead to development of better air and exhaust management integrated with the engine itself making the turbo essential and integral with the performance levels required in modern engines. Twin turbocharging also became a solution with at least one turbine coming on early in the rev band to minimize lag.

The technical aspects are somewhat hard to explain, if you are not a mechanic or an enthusiast with deep engineering knowledge. However, you can truly feel the results in most of today’s turbocharged engines. From a driver’s standpoint, turbocharging has become more livable than ever.

How does one live with a modern turbo? If you drive a diesel, you cannot live without one. Turbodiesels solved many of the issues of the past by balancing performance and efficiency. Though commonplace in Europe and other parts of the world, diesel acceptance has not been strong here in America. I wish there was a way to change that, because, if you have read this site, I love diesels. And, frankly, I wish others would, too.

For gasoline fueled turbos, it seems to be split into two camps. Enthusiasts are always looking for a performance advantage from forced induction. It is a race towards higher pounds per square inch to maximize horsepower and torque. How many pounds will someone need and how to keep it under control by intercooling and proper plumbing and airflow management. The ultimate result is velocity. How quick will I be? How fast can I go before it hits the limit?

Then, there’s the chase towards optimal efficiency. While turbochargers have proven that it can produce performance beyond the actual cylinder bank of the engine itself, could it facilitate efficiency and fuel economy numbers to meet new standards looming in the future? What automakers are finding that it takes more than just forced induction to achieve these goals. It takes deeper engineering – efficient transmissions, such as dual clutch gearboxes, lighter unit body shells and a complete engine management system that is designed to regulate practically every function possible. The latter would mean regulating waste gate operation and permitting certain amount of air into the turbine.

The arguments for both approaches are many. To cut to the chase, there is truly no substitute for performance. Today’s standards engender our collective want for performance, velocity and smooth operation. The turbocharger is now commonplace in the modern automobile…and pickup truck. Once a curiosity that was just a bolt-on device to attain a higher level of performance facilitates better performance and engine efficiency. 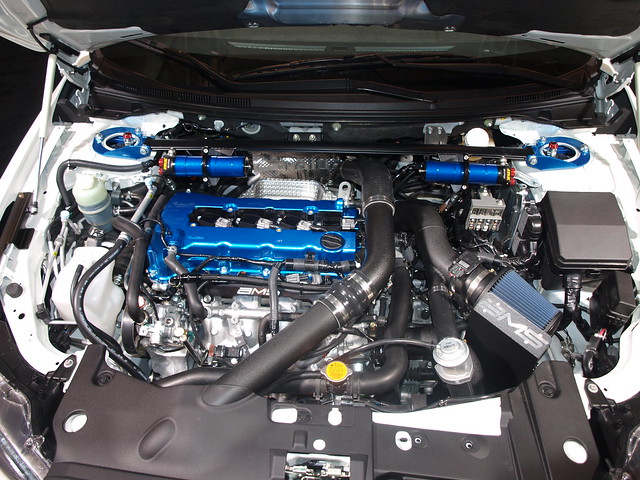 Let’s be real for a moment – turbocharging means high performance. The whirl of the turbocharger is all we need to know that we can make it there faster.