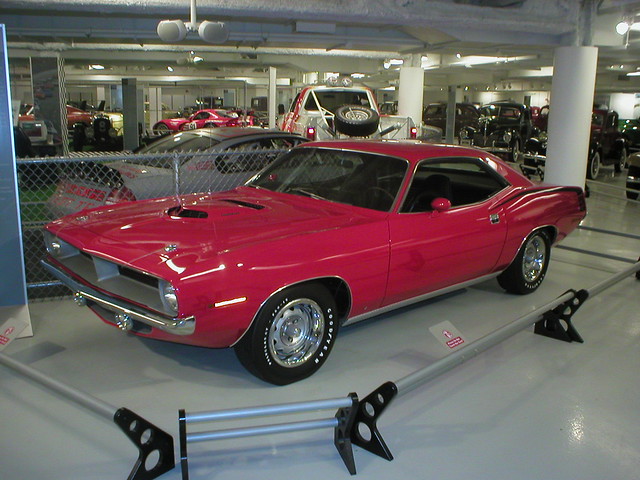 When you were a kid, what did your parents drive around in? Can you recall that far back enough to remember your first car ride? How about the time first time you went on a long car trip? Where did you go? What did you see? What games did you play on the trip?

Memories are worth every mile. Even in the days when gas was cheap and the no one cared about fuel economy, greenhouse emissions or passive safety features, the memory of the car trip was a part of your growing up.

Understanding that not everyone grew up with a car in their family, those who can recall their first car trip usually has a fond memory to share. These include the moments which others would consider gross or not worth publishing for a general audience. They’re part of what makes motoring a grand event in those days.

Even as gas is on the rise ahead of the holiday weekend in the USA, perhaps we should reminisce about the good ol' days. I believe I can trust my memory enough to answer the questions above. I will make sure to leave out the gross parts for everyone.

When I was born, legend has it that mom drove me home in her 1955 Oldsmobile Ninety-Eight Starfire convertible. Not exactly a silver spoon ride, but for a nine-year-old white-on-white-on-white-and-blue beauty, I could not have imagined any other way to come home from the hospital in. Mom always had a record of longevity in car ownership. My brother inherited this from her. I never had any visual memory of that Olds, but I wished I did.

The other car in the family was the revolutionary 1960 Chevrolet Corvair sedan. It was revolutionary enough to rankle Ralph Nader enough to force GM to drop the rear-engined car. We kept our drab olive green four-door for ten years until some dude bought it to convert the Corvair into a dune buggy.

In the meantime, Dad went though cars like he went through women. He traded the Olds convertible for a 1965 Plymouth Satellite hardtop coupe. It was white with a black vinyl roof and a black interior. Dad always thought he was cool, even back then. The Satellite was traded in for a white 1967 Chevrolet Impala fastback coupe with a 328 V8. You know, Mom loved that car…and so did we! Then, he replaced the Corvair for a lease-back 1970 Plymouth Barracuda. This car was gorgeous! The Barracuda was a bright metallic blue base model with a white vinyl roof, a blue vinyl interior and a 318 V8 under the hood.

By the time Dad left us, we eventually wound up with the 1972 Oldsmobile Ninety-Eight luxury sedan and nothing else. That car would become my first car.

My car ride…at least to my memory….was that 1965 Plymouth Satellite. I recall climbing into it. As to where we went, God only knows. I saw pictures of my family at Disneyland. I think Matthew has those pictures. Again, I was only one year old.

Of course, I would recall my first road trip as a child.

Dad’s family was based in San Rafael, just north of San Francisco in Marin County. This is where Dad grew up and became Shel. It was only fitting that we kept our travels inside of California. Before Interstate 5 was finished between Tracy and the Grapevine, US-101 was the best route between Los Angeles and San Francisco. The weather was generally better on this side of the coastal ranges.

I can’t recall which year and what trip, but I do remember those San Francisco runs fondly. Mom always had us stop at Solvang, a Danish-style village off of US-101 near Santa Maria. This was before Michael Jackson built the Neverland ranch nearby. At the junction off US-101, there was a place called Andersen’s Split Pea Soup where the specialty was said concoction. I never liked split pea soup.

Onward, we meandered through San Luis Obispo and into the Salinas Valley. I recall driving through Gilroy before the US-101 bypass was built and CalTrain arrived there to take commuters up to San Jose.

The prize for the trip was not driving along Van Ness Avenue in San Francisco. This was confirmed decades later as I would cringe at taking my own car on Van Ness even if the traffic was flowing smoothly. Don't get me wrong, San Francisco is a wonderful town. It's just that Van Ness was always a mess.

No, the real prize was the Golden Gate Bridge. It remains an icon firmly implanted in my soul. There were days as a San Rafael resident where I cursed the bridge, especially on Sunday afternoons when southbound traffic was backed up from the Waldo Tunnel down to the Toll Plaza. Yet, I always have a fondness for a bridge that would always sway, but never break.

What games did we play? I had no clue. I always admired other cars traveling alongside of me. I still do. In traveling inside one state, it was rare to see other motorists from out of said state. The rare sighting of a car from Arizona, Nevada or Oregon on US-101 widened my eyes.

When I took my first drive up Interstate 95 between Northern Virginia and Philadelphia in 1997, my mind was completely blown! I’ve never seen so many cars from so many places on one road in my life! I also noticed the behaviors of drivers from other states as I stuck true to my California roots in the way I drove. Now, it’s commonplace to duck from speeding Illinois cars and to calculate my merges carefully with other Minnesotans.

Of course, my cars have changed since sitting in the backseat of the '67 Impala or the '72 Ninety-Eight. So have the venues. The last time I drove on US-101, I made the move from Reseda to San Rafael in 1987 in a Nissan pickup. I already transitioned my intrastate voyages onto the desolate stretch of Interstate 5 by that time.

Nostalgia and sentimentality was something I held onto at 23 years old. I still have some of that now.