It was a new twist for the Victory & Reseda Vehicle of The Year Award. In the end, the new era of VOTY would be more than it was expected.

Instead of awarding it to a new vehicle and handing it to a manufacturer or brand, the award was re-purposed to be presented to the best vehicle in the Twin Cities and Upper Midwest car communities. That was done by on-site voting at InCarNation's Garage Closer held at Socialable Cider Werks in Nordeast Minneapolis on October 11, 2015. This was done instead of using SurveyMonkey to capture public voting as in the past.

Perhaps the biggest advance in VOTY history was the trophy. Never before had there been a trophy created for this award. Through a collaboration of design and simple construction methods, an icon was born,. It began as two uneven camshafts from a Volkswagen VR6 engine. Some drilling and tapping inside the camshaft provided access to screw them down onto a thick circular wooden base. The base was painted black with a clearcoat lacquer, after the camshafts were powdercoated in a titanium finish.

The result was an icon. As industrial as it looked, it was the embodiment of a dream, come true. Had this was done years in the past, there would have been issues with TSA on the transport of car parts, a painted wooden base and screws for some reason or another.

One would hope that tradition will continue.

With so much change and a different focus, what more could you want from the VOTY this year.

More change occurred. By accident on V&R's part, the stewardship of the award changed. It is no longer the domain of V&R, but of InCarNation. It would be happy accident, with one caveat: The legacy of this award must be honored for eternity.

In the sea of change must come with a result. It was a result that befitted the new purpose of the award. It is easy to say one car, truck or crossover is the best of the year, but there had to be work done behind it. In this case, it has been chronicled the amount of work this car had done to become one of the stars of the car community. You have seen it at every car event and watched its transformation to what it has become today.

Without further ado, the InCarNation Vehicle of The Year Award – presented by Victory & Reseda – goes to… 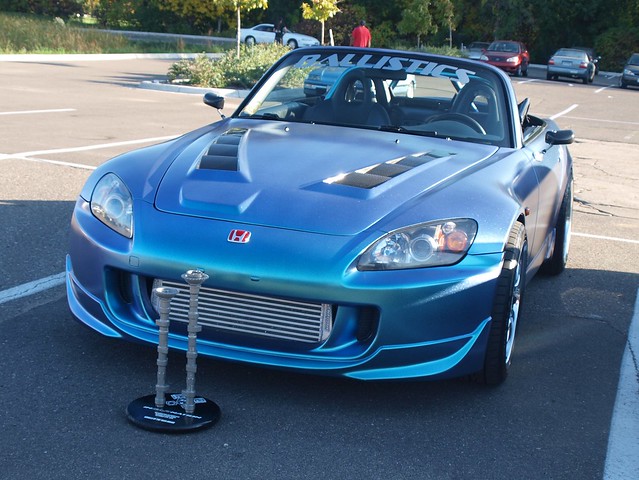 The Honda roadster was already a work of art. It showed everyone how to do a roadster with serious performance, trumping even German rivals. What Cha did was transform the S2000 into a personal pride and joy. The engine bay, along with its many modifications, was bespoke in appearance and transformative in power delivery. Though he already established a set of wheels and tires for the roadster, there was one more crowning touch – a wrap that dazzled the eye.

Though it already garnered a lot of awards throughout the year, including a class win at Dope Days and at Hot Import Nights – Minneapolis, it was already a winner based on the hard work and determination for Cha to find another level for his S2000. It was more than enough to gain membership in Team Ballistics, a local car crew that takes everything to the next level in outright performance and enthusiasm.

On behalf of Victory & Reseda and InCarNation, a hearty congratulations to Adam, his wife Pa, and his crew from Team Ballistics on winning the VOTY – the first of a new era for this esteemed award. 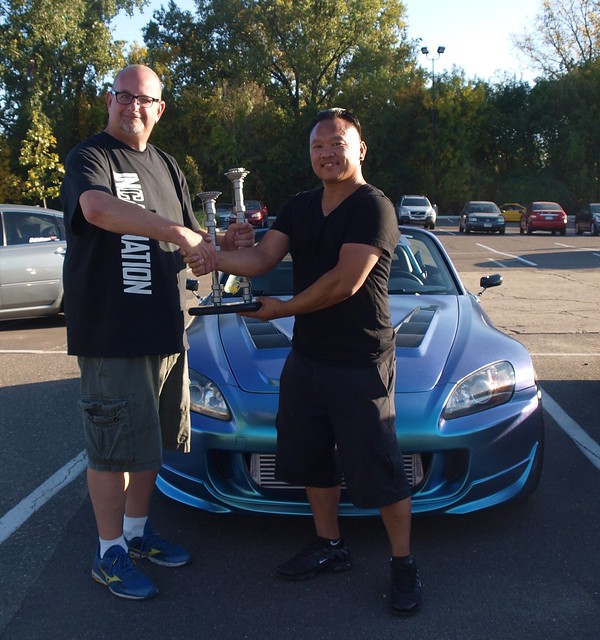