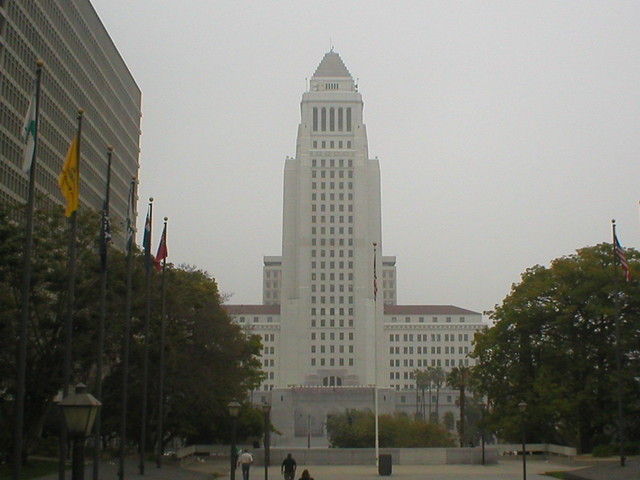 My youth in Los Angeles was mainly shaped by one constant event: Encountering the automobile.

The best way to do so was at a local auto show. In 1971, Los Angeles had two. The one our family attended was called the Auto Expo, which concentrated on imports from Europe and Japan. The larger Auto Show was one I eventually attended either by myself or with a friend. My last auto show in Southern California was the LA Auto Show sometime in the mid-1980s. I remember being there at night and had to take the Ventura Boulevard/Reseda Boulevard RTD express from Hill Street in Downtown Los Angeles.

Three decades later, I return to the LA Auto Show as a credentialed member of the media for the first time.

Getting to this point involved some decision making that began with the potential of permanent employment at a car shopping web site. When that did not happen, I took the LA Auto Show off the table. It was not until an Orange County-based veteran writer reached out to me by stating that my work was good enough to submit to two additional outlets. He also offered to take care of my flights and accomodation in Southern California, if I agree to attend the LA Auto Show as credentialed media with his team. That agreement was made. I switched flights from another event I could not attend and agreed to everything else to get back to my birthplace.

I will come into the Los Angeles Convention Center – the first time I ever stepped foot onto its expanded space – as part of a team for one site, contributing coverage to 5-6 others and the potential for more exciting stuff happening on this front.

Plus, I award the 2014 Victory & Reseda Vehicle of The Year to Dodge and Fiat Chrysler Automobiles sometime during Media and Industry Days.

I will see my family and, hopefully, some of my Reseda friends while I am out West. It is where I was born and grew up, you know!

A full schedule, I will admit. It is all possible. It is very doable. At going to press, I am waiting for my ride to the airport to go westbound.

The schedule for media opportunities have been reviewed and there are some I will attend. You may want to watch my Twitter (@MrRandyStern) to get live coverage form the floor. There are some vehicles being introduced that I am very keen on examining closely. All will be revealed on Wednesday and Thursday. There are some surprises, however.

Due to the volume of requests for my coverage and potential time constraints, I might not have the time to have some freedom to go deeper with some coverage. This also frees up my time at the upcoming Chicago Auto Show for more in-depth coverage and story planning from McCormick Place in February. There are no plans to cover the North American International Auto Show in Detroit this coming January. The New York Auto Show in April is a possibility, but all is not confirmed at this time.

If there is a goal to this LA Auto Show is to deliver on a different level of coverage for the outlets that have requested my work. This will require working with my team and holding my own as part of that team. These are new experiences compared to prior auto show coverage.

As for V&R, the VOTY hand off and some coverage from the show will be seen here.

I will admit that as excited as I am to come home to work the LA Auto Show for the first time, I am also nervous. Nervous about not screwing up any of the relationships that brought me to this show. Nervous about how I would deal with fellow media members outside of my team(s), especially when it is my first time covering this show. Nervous about missing my mark on things, such as live Tweets as promised to at least one outlet or blowing key quotes on stories…etc.

Yes…I know…don't sweat the small stuff. That was what I was told by a fellow media person. I am sure I will be fine.

So…forget about all the pre-show nervousness and anxiety. It is time to come home to take me place amongst the media this week in Los Angeles.