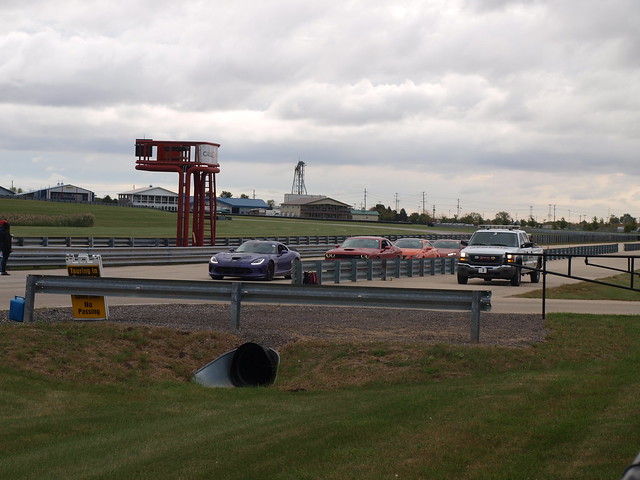 Why is the Midwest Automotive Media Association such an honor to be a member of?

A discussion with one of its board members came up with a few reasons. We have a great core group of journalist members – mostly from the Chicagoland area, but within our region, too. We also have great affiliate members from the manufacturers and other automotive-based businesses. A recent poll of public relations personnel from the automotive industry ranked two of MAMA's events within the Top Three – the Spring rally at Road America and the Fall Rally, held annually at Autobahn Country Club near Joliet, Illinois.

Last year, I had the privilege to attend both of these events. They are indeed great programs full of interactivity, networking and camaraderie. While the Spring Rally can be seen as intense, the Fall Rally has a laid back feel with its smaller scale and tighter safety measures on the track.

This year was very different for me in terms of participation in MAMA. Due to my hospitalization in April, I bowed out of the Spring Rally. I was told by my colleagues that I was indeed missed. To make up for lost time and engagement, I made plans to attend the Fall Rally.

There was special incentive to attend this year's Fall Rally. It would be the celebration of MAMA’s 25th Anniversary. From a communication between the head of the Chicago Automobile Trade Association and the Chicago Tribune's Jim Mateja in 1991, MAMA grew into an integrative organization with hundreds of members stretched out within its regional borders. I am among a few members based in Minnesota.

This is a proud group of media and industry professionals. Both Tyler Lipa and I are proud members of MAMA. It enables us to connect with friends and new colleagues to help us grow as professionals in this highly competitive business. 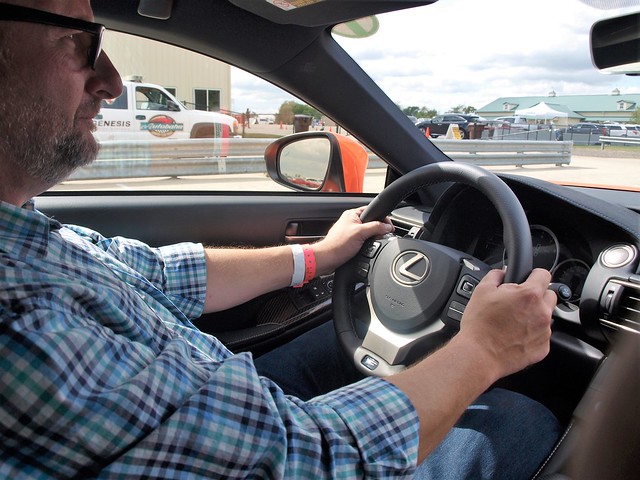 For me, Fall Rally is a chance to explore story ideas for the next several months. It provides inspiration for ideas in working with several vehicles of note right in our backyards (the Twin Cities for me, Bloomington, Indiana for Tyler). It also connects the dots with stories that will become hot throughout the year.

MAMA is lucky to get some choice vehicles for us to work with. This Fall Rally included the presence of the 2017 Toyota 86, the revision upon what used to be the Scion FR-S. We also became one the first media groups to work with the 2017 Toyota Tacoma TRD Pro, 2017 Nissan Sentra SR Turbo and 2017 Infiniti Q60 coupe.

This year, I focused on two things: trucks and off-roading. There were plenty of other vehicles to drive, but it appeared that I worked with trucks for the most part. The reasons might not be immediately evident, as I love working with trucks and I am starting to enjoy going off road.

These two things were combined at Fall Rally's off-road course in the infield of the South race course. It was just too perfect, as they lined up the Tacoma TRD Pro with a 2017 Nissan Titan PRO-4X – the half-ton version – and the 2016 Ram 1500 Rebel. The open course track was improved with some new maneuvers replicating some of the toughest test for a pickup – articulation, angle of approach and departure and turning radius tests.

I did do a lap around the South course along with several driving loops. To find out how they worked within the Rally, let me go through each vehicle I drove and explain each situation. 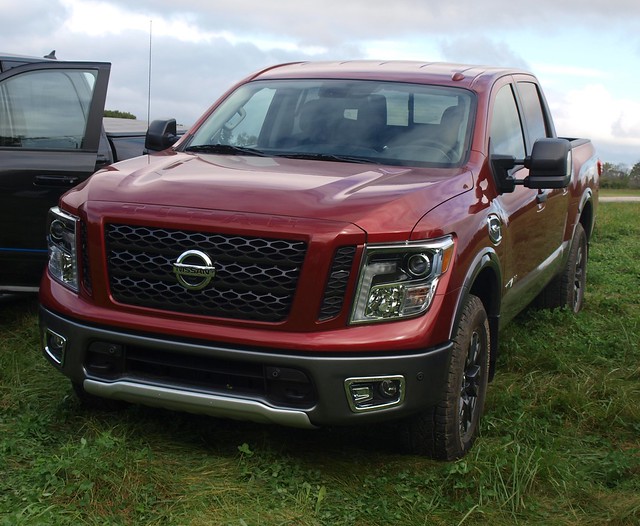 2017 NISSAN TITAN: Not only did I take the PRO-4X out on the off-road open course, I did a street driving loop in the Platinum Reserve model of Nissan's new half-ton version of their big pickup. Off-road, it was what I expected. No loss in traction and its ability to bite down on rough surfaces made the PRO-4X a good package in half-ton form. On the road, the driving dynamics are on par with its class, though some pickups will do better than what the Titan can do. Two things stood out between both versions of the half-ton Titan: The cabin and the 5.6 liter Endurance V8. The seating was comfortable, along with large dials in the binnacle. Some may have issue with the center TFT screen in the binnacle, but once it is configured for the driver to work with, it is simply fine. Interior quality is better than in the Toyota Tundra – a huge help for Nissan. Mostly, the V8 offers smoother power both down low and beyond. The entire driveline is great, though expect some front axle bucking in 4WD Hi mode when starting off and turning. In all, one would hope for success in the Titan. It will be a tough fight, though.

2016 RAM 1500 REBEL: It was designed to go off-road. After driving it for the first time over a year ago at Fiat Chrysler's Chelsea Proving Grounds, I finally had the chance to put this truck through its intended paces. Compared to the Titan PRO-4X, the Rebel is masterfully superior. Equipped with the 5.7 liter HEMI V8, the Rebel keeps on delivering the power through the rough spots. The other advantage of the Ram over the Titan is the linked suspension in the rear. Having more flexibility with emboldened strength out back helps the Rebel cut through the trail and manage tough maneuvers along the way. Having never driven a Ford F-150 Raptor, I ask one thing – why haven’t you considered the Ram 1500 Rebel? Enough said. 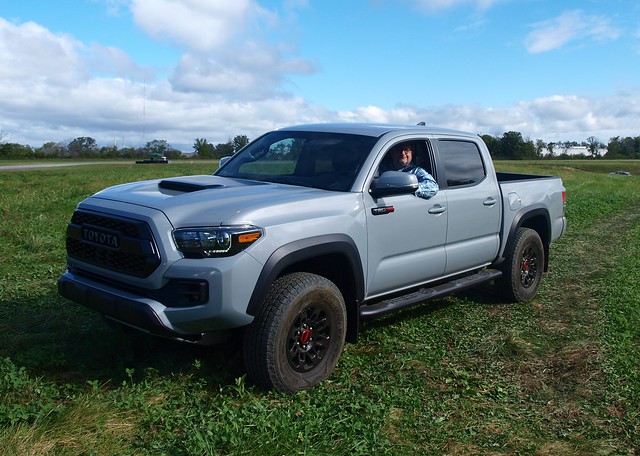 2017 TOYOTA TACOMA TRD PRO: In the newer model, the TRD Pro version exhibits the Tacoma's outer limits of its abilities. With the 3.5 liter V6 at its core, the addition of TRD Pro specific suspension bits improve upon the standard truck's abilities. While the 4WD system bites down, the suspension system continues to soften the impact from the surface below. Toyota does put together some TRD packages for the Tacoma, but one needs to consider the TRD Pro full stop before considering any other off-road workhorse. For its class, the Tacoma TRD Pro plays well…with no one.

2017 SUBARU CROSSTREK: Want to be surprised? Drive a Crosstrek on a two-track surface with some elevations and articulations. Then, try to go at it with the vigor of a rally champion. Unlike the Hybrid version I drove a couple of years ago, the regular Crosstrek will change the way you look at Subaru. You may have forgotten why they were popular with farmers in the Northeast. Subarus were small, but mighty enough to pull out of dirt tracks around the property. The Crosstrek is the kind of vehicle that takes you back to those days. At the end of days' worth of trail hopping, you will find that the Crosstrek is the Subaru to start considering for your active lifestyle. It may take you away from the vape shop and into REI. 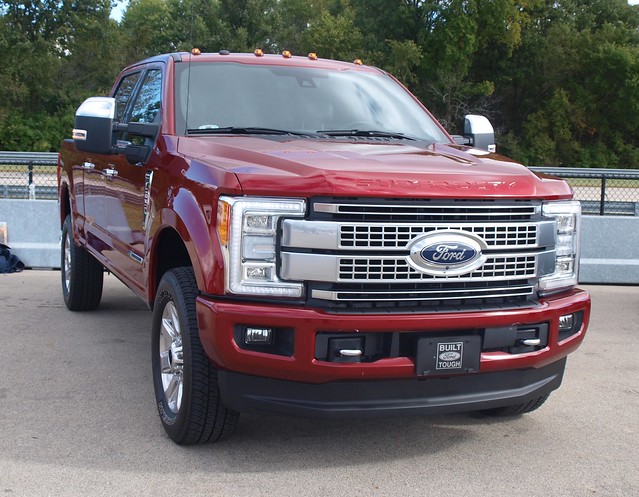 2017 FORD F-SERIES SUPER DUTY: My problem with heavy duty pickups is the sheer size and the exact feeling when driving one. I'm used to them, but I would like a heavy duty truck to act more civilized for those who have big boats and large Airstream trailers to tow. What Ford did was to make the rolled steel frame stronger, change cab and box construction to military-grade aluminum, increase the performance in their Powerstroke turbocharged diesel engine and add new technologies to make driving a heavy duty pickup easier. The result is a F-Series Super Duty that acts and drives like an F-150, but can still do the work of its intended GVWR class. The cabin is made to be an enlarged version of the F-150's own interior. Having the F-250 Super Crew in the Platinum trim to sample, all I can think of was what some of my colleagues said when I pulled back into the paddock in it – I look good in it. Not exactly a measuring stick of truck success, but it does point out to the massive leap Ford took to make this Super Duty more desirable for heavy duty pickup customers.

2017 MERCEDES-BENZ E-CLASS: I do not drive Mercedes-Benzes often. When I do, it has to be something I know will sell well with its customer base. The latest E-Class is a combination of the design language, performance and technological advances both the C- and S-Classes made recently. It is also what Goldilocks would pick between the brand’s three main products. That said, the E-Class is "just right." In all, the seating, the driving dynamics, the power form the 2.0 liter turbocharged four-cylinder engine, the transmission and the responsiveness of the controls made this new E-Class "just right." I will admit one thing: It doesn't feel like a car I come to expect from Mercedes-Benz. That is another can of worms I would like to leave the cap on for now… 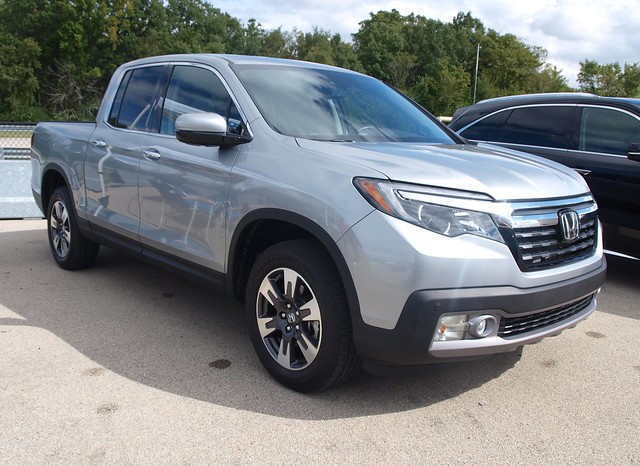 2017 HONDA RIDGELINE: I may have driven every Honda ever produced, but I have yet to drive a Ridegline – its pickup truck model. Granted, it is based on a platform shared with the Pilot SUV and Odyssey minivan, but it has obtained the look of a mid-sized pickup. Unlike the previous Ridgeline, this does look like a truck. It certainly does not feel like one – with its smooth ride, good driving manners, comfortable seating position and smooth power from its 3.5 liter V6. The bed is very useful, with its large compartment below the bed floor with a drain to empty out the melted ice from its use as an ice chest. The two-way tailgate is novel and convenient, too. It still causes arguments – is it a truck or is it not. If you love the traditional pickup truck, you will hate the Ridgeline. For the rest of the universe, it is a great truck. I would love to get this in to test out all theories when possible.

2017 VOLVO S90: This one was something I was going to hold out for. However, it was Tyler's idea to drive it. So, we both did (You can read Tyler's take on the S90 shortly). I can certainly say that I like this car. It elevates Volvo into a spot where its uniqueness and level of luxury will challenge everyone else in the premium car game. It offers its own level of style, which helps in standing out in a crowd. The attention to detail was solid, especially in the Inscription model. The 2.0 liter Drive-E Turbocharged and Supercharged engine is superb, along with its 8-speed transmission. In all, it is a great large sedan for those looking for luxury in a four-door car. I understand that I will be getting this sometime in the next several months. I look forward to working with this one further. 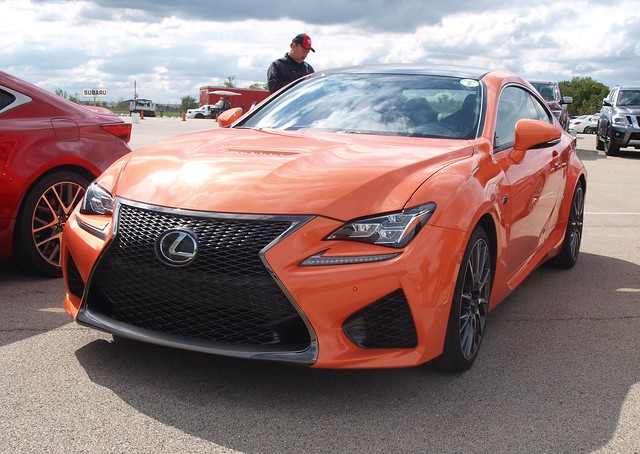 2017 LEXUS RC F: The track is perhaps a bit too wide for a challenge. The lead-follow format is not exactly my cup of tea. But, if I must do any track time, I must choose my steed wisely. Last year, I found serendipity in closing the story arc of the Lexus RC F. This year, I came back to one of my favorite track weapons of all time. Yep, it feels the same as it always have – great performance and grunt, silent, but deadly delivery and superior fun above anything else I can think of. However, it did not answer the quandary that began to filter my psyche last month. If I had to choose between the RC F and the 2017 Porsche 911 Carrera 4 as my "go-to, top shelf sports machine"…which one would ultimately satisfy me? As I walked away from the Molten colored RC F, I did not have an answer to resolve this question. All I had was absolute joy. Tyler might tell you otherwise (he rode shotgun as I drove this car)…but, I had fun in the RC F on the track. To me…that's all that matters, really.

Speaking of Tyler, he will be giving his impressions from this year's Fall Rally very soon! Stay tuned for his thoughts!