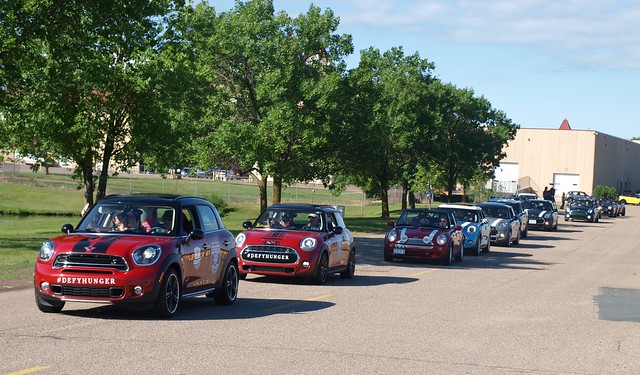 We North Americans should be very thankful that BMW brought back the MINI to our shores.

Why? If you remember the old Mini – whether it was an Austin, a Morris or simply a British Leyland retread – then you know all about its charms. They were very small, but perfect for rushing through cities, such as Boston, New York and Montreal. They were practical due to Sir Alex Issigonis's design that first introduced the transverse-mounted engine and integrative front-wheel drive.

In all, they were charming. The new MINI that was introduced in 2001 on this continent captured that charm the original Minis had. We fell in love with them, even as they were a hodgepodge of parts from various suppliers. One should remember that Rover Group were developing the new MINI before BMW acquired the company. In the end, BMW jettisoned most of the Rover Group, keeping one asset under their roof. You can guess which one BMW kept.

The MINI brand has been a pretty successful venture for BMW. The basic platform is on its third generation, now fully fortified with BMW engineering and componentry. The dealerships have become destinations onto itself. However, its owners and enthusiasts are deeply loyal. One reason is that MINI is one of the few brands that engage directly with them currently.

How does MINI engage with its loyal fan base? They are doing so through engaging events – such as MINI Takes The States.

Celebrating its tenth anniversary of its first run, MINI Takes The States is an opportunity for its owners to travel the country with the brand. MINI puts on this event every two years. This year, they began in Atlanta, taking a leisurely route towards Michigan and onto the Twin Cities. Their final destination is Palm Springs, California. These owners are driving their own MINIs along the way – sometimes joining for at least one section of the tour. Others are in for the entire run. All told, there were 900 entrants that will go from "Track to Track" – driving the entire routes. Other MINI owners would casually join in at certain spots and go at least one of the daily segments throughout the tour.

There is a charity element to this event. MINI partnered up with Feeding America to do a nationwide food drive to help stock local food shelves at every stop. Monetary donations are also a part of this program, with a goal of $75,000 to raise for this charity. According to MINI, that would mean feeding 800,000 people across the country. Each team has a fundraising page to help push for their own donation to Feeding America.

At going to press, the total donations have reached over $1 million. 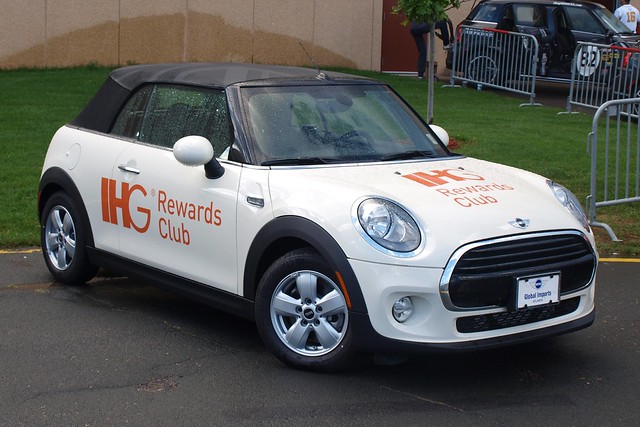 MINI also have partners to help them along the way. The IHG hotel group are set as main accommodations for the tour – each city will have an IHG property as their main place to stay overnight. IHG hotels are joined by Pennzoil, Pirelli, KEM Krest, Aquafina, Google, The Weather Company, xAD, Luna Coffee Roasters, EastPenn and MINI Roadside Assistance.

I happened to catch the MINI Takes The States tour as they reached the Twin Cities. It gave me an opportunity to see how the brand, their owners and fans truly engage on this cross country driving tour. Or, in MINI-speak, "motoring."

"Motoring" is a huge word in the lexicon of this brand. It is essentially the core of how MINI engages with its customers, owners and enthusiasts. Because of this drive towards mass and directed engagement, the result is what Patrick McKenna, Head of Product Planning and Aftersales for MINI USA, states that "as a brand, (there is a) massive following."

Sales numbers are immaterial here. Though MINI sells about 5,000 new vehicles in the USA per month, it remains one of the few brands that allow customers to personalize their rides. A MINI is a canvas that reflects the personality of their owners, and both parties are encouraged to foster this kind of relationship of full expression. The driver here is complete and unconditional engagement – something this industry has not seen much of lately.

Another aspect of this engagement is the fact that MINI is a brand that completely celebrates diversity. McKenna pointed out a recent marketing campaign put on by the brand called "Defy Labels," which showed many different kind of people showing you that a car is not for one singular type of people. At the end of the television ad, actor Harvey Keitel laid everything on the line by saying: "This car doesn't give a damn what you called it!"

This was exhibited by the participants of MINI Takes The States. McKenna explained that these 900-plus participants come from I saw people of almost every age, ethnicity, race, gender, sexual orientation and so forth. People wore costumes, had their families together and celebrated their regional and national pride, as well as pride in their own identity through their MINIs. 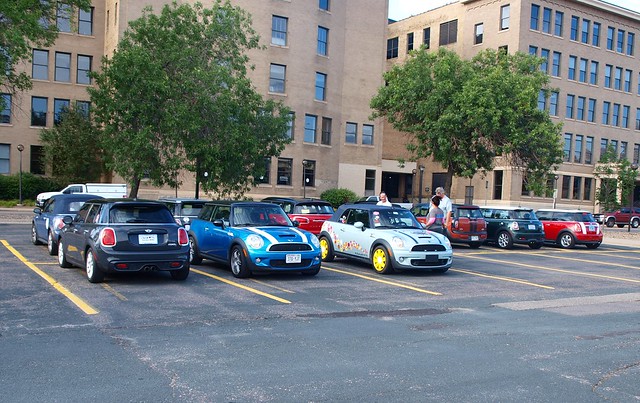 But, how does everyone get along? McKenna explained that the participants "don't (have) egos and say their 'MINI is better than my MINI.'" It makes it easy for owners to simply celebrate their love for the brand and their fellow "motorists." Because of this culture, fun things do happen. In fact, McKenna told me that a same-gender couple will marry at the MINI Takes The States stop in Las Vegas. It is a huge example of the diverse fabric of the brand's followers and enthusiasts.

There is another layer to explore with this brand and their relationship with its customers. At its essence, MINI is cultivating a "community" of those who see MINI, as McKenna states, as an "underdog" in the car world. The history of MINI lends itself to being the "underdog" – a small car that defies everything in its wake. Take the Mini Cooper 1275's win at the Monte Carlo Rally in the 1960s and the fleet of Minis in the original (and remake) of "The Italian Job." McKenna said that those iconic moments resonate with owners who themselves are seen as "rebellious" and the "underdog."

If you bring these owners together, there will be a culture that fosters camaraderie. To that end, camaraderie lends itself towards engagement. The spark is the idea of an event on the scale of MINI Takes The States. As McKenna states, this event serves as a "thank you" to MINI's customers and offers a "celebration of the culture" that the brand embodies and cultivates from its owners and enthusiasts.

This could all lead back to the products themselves. What is a MINI? It is the modern extension of Sir Alex Issigonis's basic design of a city car that would rule the world from 1959 onward. Today’s MINI is certainly much larger than the original, but it is truly an expressive lineup of vehicles that encourages one to explore their fun side. Every detail, control and operation lends each MINI to enjoy the drive in a lively atmosphere – whether it is a commute to work or a run out into the countryside. If you ask anyone who owns one, they will tell you that there is nothing boring about a MINI.

This was something of a theme I kept hearing from the participants of MINI Takes The States. It is also a theme I discovered at the same time. However, I wanted to see for myself the idea of MINI, the brand's engagement with its owners and what makes it a rallying point of everyone who owns one. To find out, I was provided by the local dealership a 2017 MINI Cooper S Clubman ALL4. With the backdrop of MINI Takes The States, driving the new Clubman wagon helped me understand the phenomenon of the brand and its love from its owners and enthusiasts.

I always ask the question about the true relationship between the brand and its customer. Sometimes it answered on varying degrees. What MINI accomplishes through this event and other multi-level engagements is more than just a rarity in this industry. Some brands and OEMs concentrate on a specific demographic or product for their owner outreach, MINI believes in the widest possible catchment that embraces the brand and their product's intentions. The true victory is in the owners' camp. To see happy customers celebrating their pride with the cars they own and love.

More so, everyone I talked to at MINI Takes The States are already looking forward to the next one in 2018.

All of this combined is the real takeaway from the 2016 MINI Takes The States.

(NOTE: A review of the 2017 MINI Clubman will appear in one of the other publications I write for later this summer)