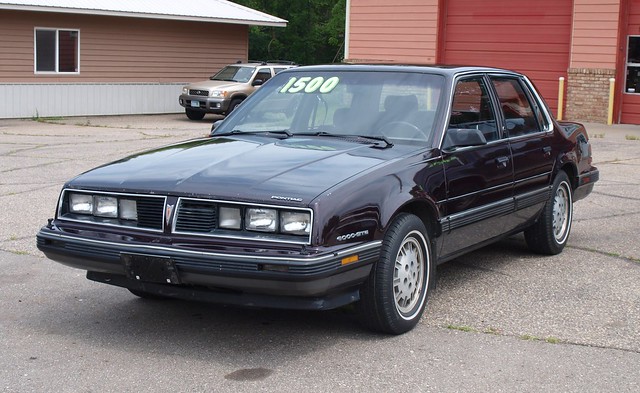 Not to brag or anything, but some of us have lived long enough to remember certain vehicles in our lives that have been long forgotten by everyone else.

Many vehicles have seen their last days, but their most loyal owners…and some desperate consumers…have kept the flames alive past their expiration date. All that remains are the memories.

While doing different content on this site for seven (or so) years, some topics are good to revisit. The occasional "My Favorites" column is one where I could look back at those topics and wonder "did I cover that?" If so, "should I cover that again?"

OK…why not? How about an My Favorites list of vehicles now forgotten due to brand cancellation…but will always be remembered deep in my heart. The main rule of this list are vehicles from brands that are no longer sold as new in this country. We call them "orphan brands." In fact, these brands are celebrated every September, as the Ypsilanti Automotive Heritage Museum welcomes their annual Orphan Car Show to Southeastern Michigan. If you love long forgotten automobiles, this is the place to mark on your travels.

In the meantime, here are My Favorite "orphans" that I can still remember vividly today…

1983-1989 PONTIAC 6000 STE: General Motors' front-drive A-Body platform put to rest the problems of their first transverse-mounted engine efforts in the 1980 X-Car. They took the same platform, stretched it, and put more quality and durability onto the new mid-sized car. The result is a license to do more onto the platform based on each brand’s customer base. For Pontiac, they wanted an enthusiast customer – someone who wanted style and performance. From the meek 6000 came the STE – a "Euro-styled" American mid-sized sedan. It was Pontiac’s way to showcase the V6 power, improved driving dynamics and to add all-wheel drive to the mix. The result is a sleeper of a car that needs more love today. Simply because everyone is doing it these days! 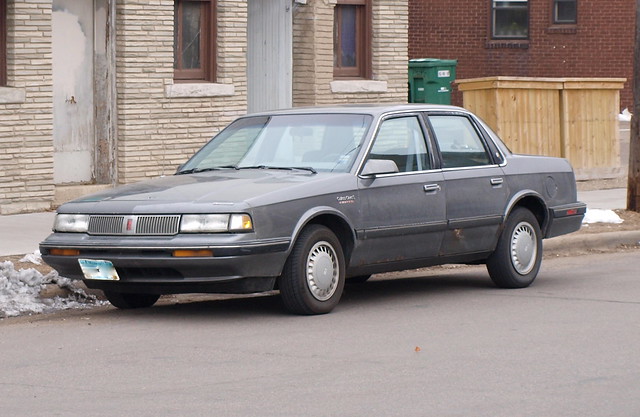 1982-1996 OLDSMOBILE CUTLASS CIERA: Speaking of GM's front-drive A-Body platform, this would be my favorite across the board. I was spoiled by Oldsmobile as it was my first car. I know of Oldsmobile's position in GM’s pecking order and is proud to support a brand that was a leader among mid-priced automobiles in North America. The Ciera simply fit perfectly for me – a mid-sized, front-drive sedan that offered a bit of flair and that Oldsmobile "feel," regardless of what engine is underneath its hood. My appreciation for the Ciera ended with one car…a Ford.

1986-1991 MERCURY SABLE: As the more luxurious platform brother to the Ford Taurus, the Sable pushed the boundaries of design for the time. A light bar replacing an upper grille, along with a flowing greenhouse along the side, wrapped around the rear window, and advanced aerodynamics that either made you love it or hate it. Yet, the Sable made you notice. The next step was to drive one – V6 power, front-drive handling, and exceptional ride quality that would have been the deal maker. Not to mention an ergonomic interior with plush and comfortable seating for 5-6 people. There was one problem with the Sable…you guessed it, a Ford. Customers like the less-expensive Taurus better. 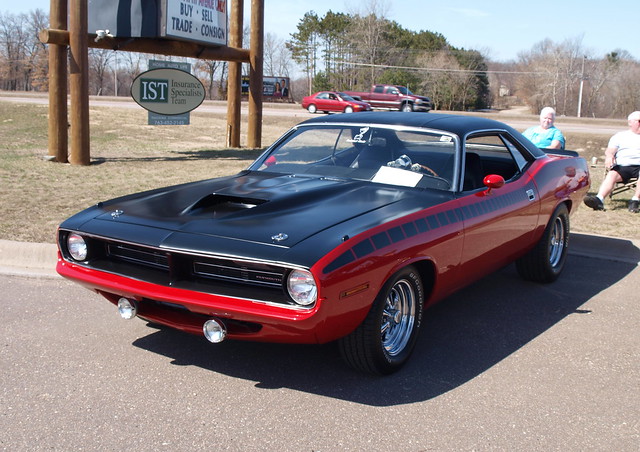 1970-1974 PLYMOUTH BARRACUDA: The apex of the "pony car" was carved out of a new platform that was concentrated for performance at the climax of the muscle car era. It was distinctive with its deep Coke-bottle design and notchback body. It would be Mopar's greatest contribution to the power races of 1970. Then came new Federal regulations, the Environmental Protection Agency, the National Highway Traffic Safety Administration, and the California Air Resources Board. The sharp teeth of the Barracuda were reduced to bare gums by the time it last came down the assembly line in 1974. A shame, really. We had a wonderful blue 1970 base model that was more fun to ride in. We should've have kept it.

1955 IMPERIAL: It was the year when Chrysler Corporation decided to get serious about competing with Cadillac and Lincoln. They always had a Chrysler Imperial dating back to the 1920s – their top model that attracted the well-heeled with an option for a custom body from a coachbuilder. Chrysler introduced a new design language for 1955 – the Forward Look – which gave it the opportunity to spin off Imperial from the Chrysler brand. From the distinctive dual egg-crate kidney grille to the gun-sight taillamps, the Imperial was ready to trade paint with America's – and the world's – top luxury brands of automobiles. What's even better – the 1955 Imperial had "FirePower": the original HEMI V8! 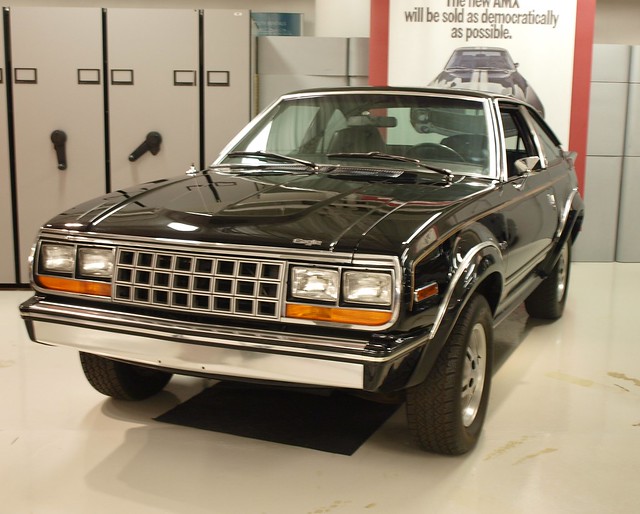 1980-1988 AMC EAGLE: By accident, American Motors created a vehicle that was ahead of its time. By taking a Hornet – now called the Concord – adding Jeep’s four-wheel drive system underneath, AMC created the ruggedized station wagon (plus sedan and hatchback) well before there was an Audi allroad or Buick Regal TourX (I could have mentioned Subaru, but they already had a 4WD wagon that was selling nicely to a niche customer…). The Eagle was rugged to the core – in-line six-cylinder engines, a robust transfer case, a slide control that actuated said transfer case, great ground clearance, and luxurious interiors inside. If you wanted a more concentrated version of a Grand Wagoneer – the Eagle was simply it!

1987-1989 RENAULT/EAGLE MEDALLION: My genealogical makeup shows that I'm a quarter French. To be exact, the Alsace-Lorraine region of France. At current, only a few French-made automobiles remain on sale in the USA: Bugatti Chiron, the smart fortwo (sort of), and the Toyota Yaris hatchback. It would be Renault that saved American Motors from oblivion and reconstituted its car lineup thanks to the Kenosha-produced Alliance (Renault 9) and Encore (Renault 11). To replace the long-gone 18i, Renault and AMC brought over its successor – the 21. They renamed the Medallion for North American tastes. They also did work on the front and rear ends and changed out various interior bits for American tastes. The great thing about the Medallion was its interior space and comfort, along with a superb ride. Something that was a plus for this French mid-sized sedan, yet no one was buying. The main reason: Chrysler. The Chrysler purchase of AMC pretty much put Renault outside in the cold. Chrysler had their own captive import agreement with Mitsubishi and Renault was never seen as a factor in the marketing plan for the Eagle brand. It was really too bad because the Medallion was really a fine car. No, seriously…it was. 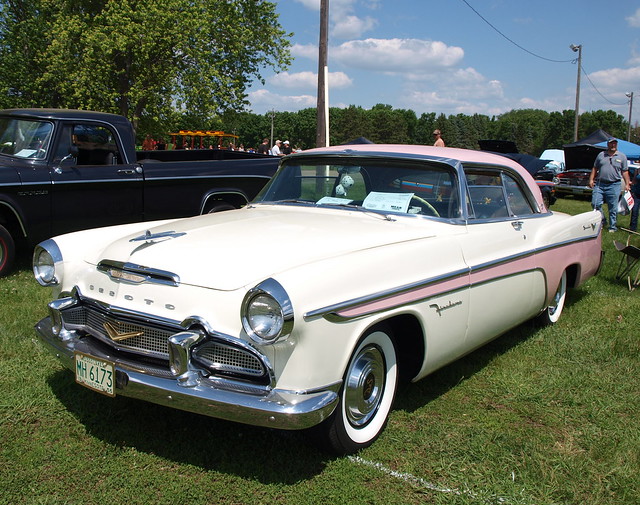 1956 DESOTO: This could induce an argument, but this journalist's opinion points the 1956 model year as the best DeSoto ever. In case you forgot, a DeSoto was Chrysler Corporation's answer to Mercury, Oldsmobile, and other mid-priced cars of the 20th Century. For the second year of Chrysler's Forward Look, the DeSoto changed its grille design from front teeth to a simple fine egg-crate texture. By doing so, the DeSoto looked upward to Buick for competitive inspiration. It also helped to sharpen the tailfins and rear lighting up to stay in line for the 1956 updates across all five brands at Chrysler. From the high-performance Adventurer to the affordable Firesweep, this would be the last great DeSoto before the brand went away in 1961.

1964-1966 STUDEBAKER: It was a victim of circumstance. The main South Bend, Indiana closed as soon as this car was introduced. Production continued up in Hamilton, Ontario – even as a trade agreement was being finalized for the automotive industry between the USA and Canada. In 1964, the Lark name was about to be eliminated, concentrating on calling the mid-1960s models by their trim levels. This generation was known for the sliding roof Wagonaire models – although the style first appeared in 1963. Being the last Studebaker, the mid-1960s cars were left behind in the dusty parts of the history section. But, the fact that the old wagon master of a century before kept on building cars into the 1960s was a testament of a "never say die" attitude Studebaker had for the time it was in business. 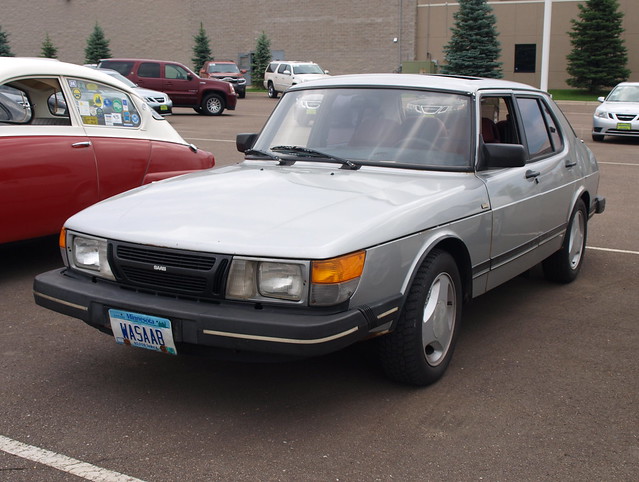 1981-1993 SAAB 900 TURBO: Yes, Saab enthusiast friends, the 900 started showing up in the USA for the 1979 model year. So, what I am about to say would be considered sacrilege, but I liked the four-door notchback body style the best. I also appreciate the fact that Saab connected an automatic transmission to their potent turbocharged four-cylinder engine. Granted, it was a terrible transmission, but it was a much better proposition than starting a manual transmission 900 in reverse. The 900 Turbo four-door combined quirkiness with a sense of normality. And, dammit, I had my eye on one when I was in college – and wanted it bad. Alas, the knowledge I received from you may have prevented a more embarrassing college experience with it. But, dammit, I love those 900 Turbos!