Four years ago, Victory & Reseda had its coming out party.

It became a successful outlet for me in terms of telling the story of the automobile, recounting its history, commenting on various issues, and speculating the future. It was also the first place my reviews would appear online before sending them to my other outlets.

Through V&R, many doors opened. I was able to participate in various on-site activities from major auto shows to OEM-sponsored opportunities. It became my calling card towards gaining inroads with the local carmmunity around my Twin Cities base and a bit beyond. From meeting with retailers, clubs, driving groups, motorsport pros and key executives, V&R was the vessel that carried me through these life changing moments.

Since December, V&R went through some changes to concentrate on telling the stories from the driver’s seat – or, the passenger one. It is still the home of my more personal work. Now, I seek opportunities to tell stories that are unique, experiential and support the idea of freedom through mobility.

There is a throughline to all of this. The automobile is a central figure. It is a magnificent machine that still engages my senses and provokes thought since the day I was born.

I am often asked "what is my favorite car?" That is a question that is always difficult to answer, because I am exposed to dozens of them yearly. You figure around 40 vehicles per year would arrive at V&R HQ, putting on an average of 400 miles per vehicle…hell, you do the math!

A "favorite car" will always be based on the experience from the driver's seat. It is where the sensation of the vehicle becomes memorable. Those with the most memories are at the top of the list.

To celebrate four years as V&R, this is a list of my "favorite cars" that were provided for the task of publishing impressions on this site (or, rather, the other outlets my byline appeared in). I will not bore you with the details…

2011 LEXUS IS 250C: You always remember your first car. This was the first one provided by an OEM for the purpose of evaluation and publication. This is not your typical “first car,” because it is (a) a folding metal roof convertible and (b) one from a premium brand. Today, Lexus remains one of the few premium brands I regularly work with. 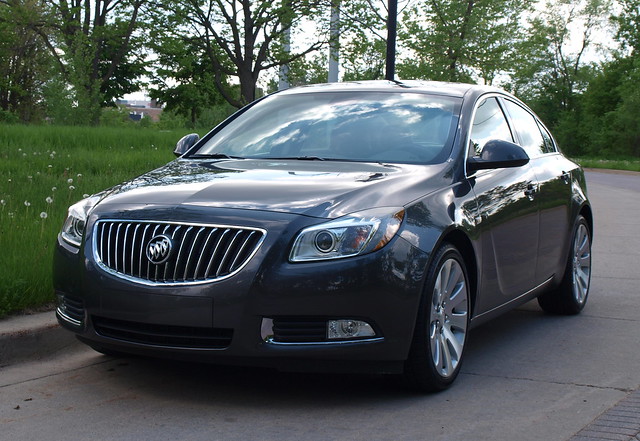 2011 BUICK REGAL: My excitement could not be contained when it arrived. It represented something different from Buick – an honest sports sedan that delivered in performance and handling. It did help to have the 2.0liter turbocharged engine under the hood. It went on to win the Vehicle of The Year several months later. Deservedly so!

2012 ACURA TL: Being a former Acura owner, I had a lot riding on this story. This would be the first Acura driven since the one I owned – a gap of 19 years. It certainly lived up to some its hype – a great engine, a great all-wheel drive system and a great color scheme. Yet, some would argue about the exterior design…

2013 DODGE DART: Since being a blip on a PowerPoint presentation in 2009, the story unfolded. Six Darts later, it earned is place among the eight V&R Vehicle of The Year award winners. Yet, the process of seeing it develop from a PowerPoint slide to a steady selling compact sedan was worth witnessing. Not to mention it was a fun car drive.

2013 RAM 1500: Lately, I have been covering a lot of pickups. If I have to say which has been the best so far, this one stood out not only above all trucks – it is one that I truly enjoyed even more than mere cars. The Ram is one of the most advanced pickups in the market, coil springs in the rear, automatic air suspension, an eight-speed automatic…shall I go on?

2014 CADILLAC CTS: In search of finding new meaning in Cadillac, this arrived. It was specified for maximum enjoyment – something the brand had been in search of since changing focus in the 2000s. The Vsport’s 3.6liter twin-turbocharged V6 was the centerpiece of this particular subject. Along with the new 8-speed automatic, the CTS certainly earned its advanced billing.

2014 MERCEDES-BENZ S63 AMG: You are still talking about this car. It came up in conversations since it seemed that car was the one that resonated with high end enthusiasts. Rightfully so! Mercedes-Benz poured everything into the W222 S-Class that it could to put on a pedestal above all flagships. The AMG motor and package were simply icing. 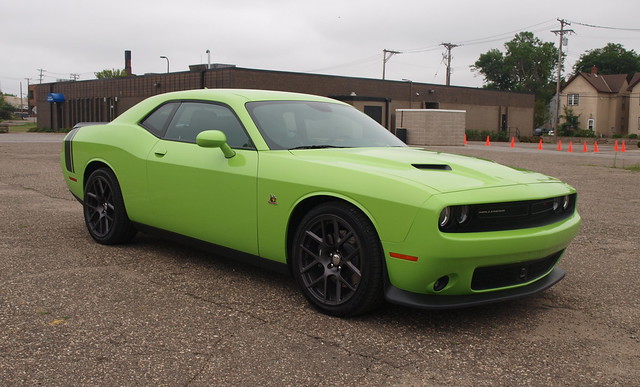 2015 DODGE CHALLENGER: The classic look will hook you in. A cockpit that combines the past with the present will comfort you at any speed. In this case, a 6.4liter SRT HEMI V8 with 485 horsepower made for a driving experience that is phenomenal. Small wonder why this Sublime Chally grabbed the final Vehicle of The Year award.

2015 DODGE CHARGER: Even an R/T with just a 5.7liter HEMI V8 can still stir the soul. The power of driving the more practical four-door makes for maximum enjoyment over many miles. Only a few cars would put a huge smile on my face months after driving it. The Charger made one hell of an impression on me.

2015.5 VOLVO S60: One of the latest has been one that recently put a huge smile on my face. How is it possible for a four-cylinder engine to receive both a supercharger and a turbocharger, put out over 300 horsepower and turn around 30 MPG? And is entertaining to drive for a front-drive sports sedan! This is the kind of car that surprises you by ticking all of the boxes more than once.