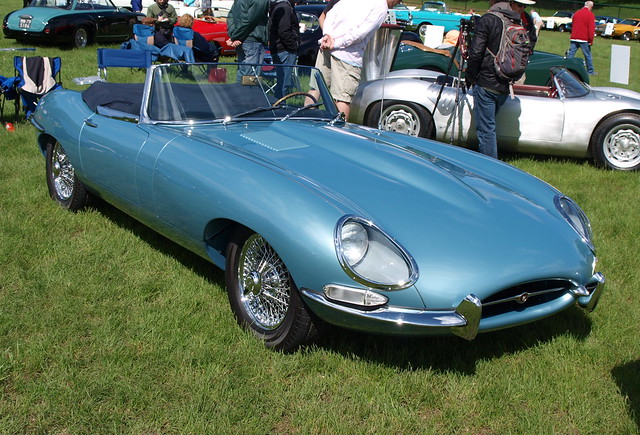 The Camelot Era began. The Kennedys swept into the White House with a new sense of glamour never seen in D.C. before. A modern couple’s presence in power was a sign of change for the world. A point of where change will come with a tumultuous price.

That wasn’t the only thing happening in 1961. Sheldon and Barbara Stern waited 10 years for their first child to be born. At a hospital in Encino, the young boy arrived into the world. He would become an intelligent young man dedicated to being a loving husband and the best father he can be to two wonderful teenage children.

This special Five Favorites is dedicated on the birthday of this gentleman who turns…uh…39 again! 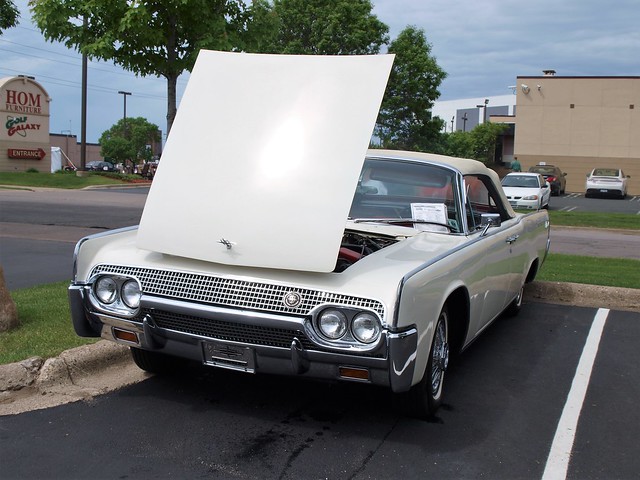 1961 LINCOLN CONTINENTAL: Until 1960, American luxury was dictated by how bombastic the automobile should be. The bigger the fins, the amount of chrome, the size of the interior – all were the hallmarks of garish Eisenhower-era pseudo-prosperity. They survived the 1958 recession only to luxuriate further. Ford knew better. It wasn’t about bombastic luxury anymore. They shortened their flagship machine and tightened up the design inside and out. Round angles were squared off and the interior modernized for a Camelot future. Powered by a 430 cubic inch V8, the Continental changed the way luxury was presented in the automobile. It was a future shock that was badly needed. Quickly, it became the automobile of Presidents and celebrities alike. It would be the crowning achievement of Elwood Engel’s automotive design career.

1961 JAGUAR E-TYPE: For the foremost British brand of its time, they had to follow up on the highly successful XK model. It had to be different, but not too radical. They developed a monococque body for it anyway. It began with a long, lean front end that opened at the front of the body, hiding a lovely 3.8 liter in-line six that roared. The rear end was independently suspended – an unusual feature back then. The result was one of the finest sports cars of the era. The E-Type was a groundbreaking force of nature that could only be imitated nine years later by Nissan. Still, the Jag was the symbol of post-war British might that was badly needed as the empire faded away into history. 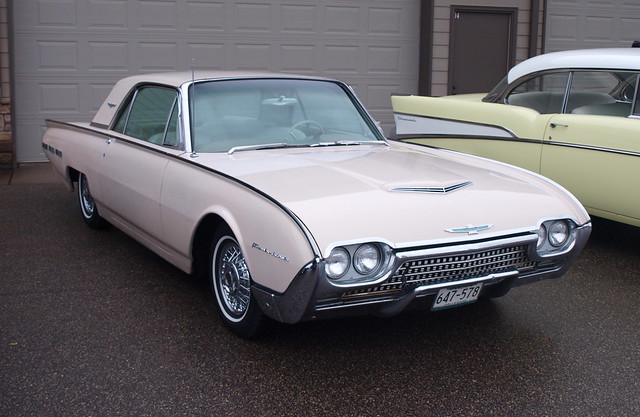 1961 FORD THUNDERBIRD: As Elwood Engel formulated the slightly smaller, squared-off vision of American Luxury, the Lincoln Continental – Ford's Thunderbird was given a different tack. To describe it, the new T-Bird had a bullet shape to it: Pointed at the front and rounded at the rear. Two big round taillights give it a presence of a twin-rocket firing off towards the horizon. In a sense, the T-Bird had a dramatic presence worthy of a luxury car. It was also given a new 390 cubic inch V8 that propelled this speeding bullet/twin-rocket. Inside was just as astounding with swivel-away steering column and an expanse of luxury that seated four. Between the Continental and the Thunderbird, Ford made a statement on the look of the 1960s. If automotive beauty were to be devoid of tall fins and grandiose grillwork, the Thunderbird simply led the way towards another new invention of the 1960s: The personal luxury coupe.

1961 MG MIDGET: This would probably be the only time you’d see a British Motor Corporation product spoken highly on this blog. It began as a badge engineering exercise. Austin-Healey just introduced their second generation Sprite after killing the old bugeyes. MG had been known for its iconic MGA model after years of perpetuating the construction of their pre-war roadsters. The Midget brought the old Morris Garages brand into the modern era with a compact, two-seat, dervish of absolute fun! Remember, this was a time when British roadsters were the rage for the collegiate and professional set. The caveat to drive one is to be an average-to-skinny build person, preferably shorter than six-feet high and the ability to muster the difficulties of an unyielding clutch along with the dexterity to rebuild the twin SU carburetors on the kitchen floor. The Midget remained in production for 19 years – a testament to the insanity their owners have for the tiny roadster. They were indeed a wonder to watch on the road. 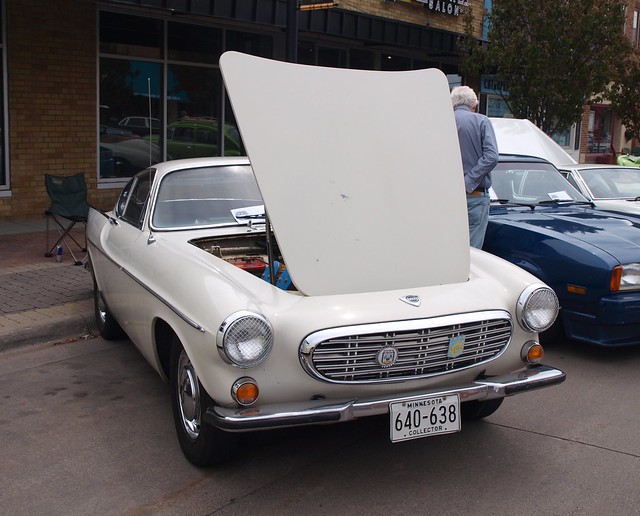 1961 VOLVO P1800: Before there were Naughty Volvos, the P1800 showed that Sweden could build lovely coupes, too! This was a culmination of a dream for Volvo to match what Italy, West Germany and Britain have been doing since World War II: Building sporting cars for the road and the track. The P1800 met Volvo’s passion for the project turning it into reality when it contracted British sports car maker Jensen to build the initial run. It caught the eye of many at the 1961 Geneva Auto Show – where the Jaguar E-Type also debuted. In the end, the producers of the popular British television show, The Saint, ended up assigning the P1800 to Simon Templar – the late Roger Moore (it was rumored that the P1800 was less expensive than the E-Type Jaguar). A huge win for the Swedish auto industry, the P1800 remained in production for 12 years. It was indeed the original Naughty Volvo.

After all of this, there is one more bit of business to state: Happy Birthday to my brother, Matthew – born in 1961 along with these five wonderful machines!