What was so good about the year I was born? The Beatles, The Supremes, Muscle and Pony Cars…am I missing anything else?

Here’s an idea: Shove an engine from one of the full-sized models into a smaller one. Before you do, you have to upgrade the transmission, driveline, final drive ratio, suspension, tires, wheels, brakes and steering. These upgrades don’t have to be custom-made since the supplier just happens to be around the corner in the parts bin.

The next step is to promote the new “option package” through auto racing. If it wins somewhere on Sunday, you make sure to buy it on Monday. It doesn’t matter if it’s NASCAR or the drag races, it brings a racing machine closer to home – as near as the local car dealership.

That was the mid-1960s in a nutshell: Muscle Cars and Pony Cars were all the rage!

I was born at the right time. The year 1964 provided new opportunities for domestic automakers to expand their portfolios not only across market segments, but also in the breadth of variants made for each model sold.

Not everything born in 1964 was a Muscle or Pony Car. That's why you'll see how this list of My Favorites will shape up.

1964-1/2 and 1965 FORD MUSTANG: Let's get one thing out of the way – it's a shortened, strengthened and fine-tuned Falcon chassis underneath the greatest machine ever devised in this country during the 1960s. Because it had Falcon DNA does not diminish what it was – a proper coupe for Americans looking for something sporty and pure. Oh, and it had to have a functional back seat. You could have anything similar to a Mustang, but it just wouldn't be one. The Mustang evoked another way to take the road. A Pontiac GTO was great for drag races down the street, but what about the curve. The Mustang made better sense for curvy roads. Though one would argue that a Mustang was not a Corvette, Ferrari, or Jaguar XK. May I show you the back seat, again?

1964/65 PLYMOUTH VALIANT BARRACUDA: Not only did Ford have the idea of creating a sporty car from one of its compacts; Chrysler beat it to the punch by a hair – a mere two weeks. The idea was to create an option package off the 1964 Plymouth Valiant for a two-door coupe with a Corvette-influenced rear glass. The fastback design had one advantage: cargo space behind the rear seat. There’s still a trunk lid to open up to access the spare tire and such. Still, the Barracuda couldn't run with the Mustang – outsold 8-to-1 at its higher price tag. It did help put Chrysler on the track towards creating one of the most memorable Pony Cars ever. 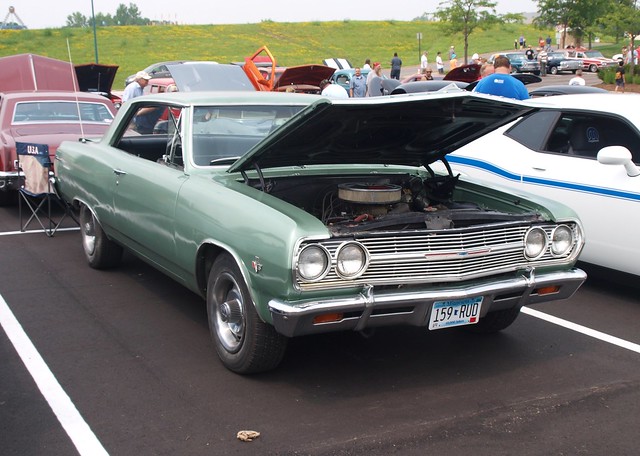 1964/65 CHEVROLET CHEVELLE/MALIBU: A year before Chrysler reconfigured its lineup to create a true mid-size lineup to augment the new full-size cars, GM had to figure out how to compete with the Ford Fairlane and the new mid-size segment. The upscale compacts (Pontiac Tempest/Oldsmobile F-85/Buick Special) were growing in size to fill the need, but Chevy seems to have a gap between the Chevy II, Corvair and their full-size lineup. The Chevelle became a stalwart in the lineup, even as Pontiac rolled out the GTO option package for the Tempest. From the start, Chevrolet knew it wanted access to the muscle car market and created the Malibu SS package, which had a choice of mills to choose from. The SS396, with the 396 cubic inch V8 Big Block under the mid-size hood, may give the GTO a run, but clearly, endurance would be in the Chevrolet's favor. The Chevelle just seemed right for the time – considering how the decade shaped up before the government threw down the emissions control and fuel economy gauntlet.

1964 PONTIAC GTO: Speaking of mid-sized cars, all discussion of them should include this one. General Motors found gold when they shoehorned a 389 cubic inch (6.4 liter) V8 in the engine bay of a Pontiac Tempest. The result was a formula that would propel the American auto industry through the rest of the 1960s. With the introduction of the Pontiac GTO marked a new wave of smaller performance cars that would be the cornerstone of youth culture everywhere across North America. Above all, the GTO would become the vanguard of this new wave of performance cars.

1965 CADILLAC: How do you answer your competition? The late President John F, Kennedy popularized the Lincoln Continental enough to gnaw at Cadillac's leadership amongst luxury cars worldwide. It broke the mold in terms of automotive design for the world to gasp in collective astonishment. For General Motors, the evolution of Cadillac gradually integrated its massive tail fins from 1959 into a distinctive feature running from bow to stern. Yet, it looked uncompromised in every way – as you expected Cadillac to be. Though Lincoln also changed the way a luxury car drove, Cadillac only tweaked itself just a ratchet turn. You still floated in a Cadillac – and that could be a fine way to drive back then. 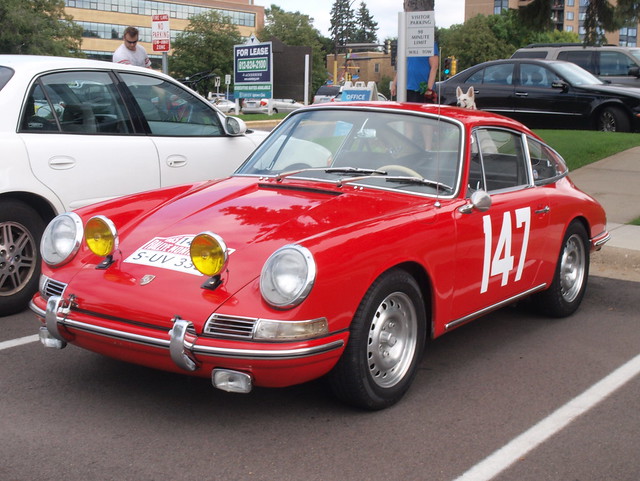 1965 PORSCHE 911: No kidding. Perhaps one of the finest sports cars of all time began to appear during this time. Before you began bashing it for being an overwrought Volkswagen Beetle (nee Sedan), the Porsche family only took the concept of an air-cooled, horizontally-opposed cylinder motor mounted in the rear, but created a fantastic coupe body over it. This wasn’t some Italian job – but the culmination of an in-house’s concept of what performance should look like. Simply – the rest is history. The concept remains today, despite introducing water-cooling, all-wheel-drive, turbocharging, computers, Tiptronic gearboxes and everything else that makes the 911 what it is today. Just remember – it had to start somewhere…